Sublime:Experiences and Perceptions in Contemporary Sculpture. 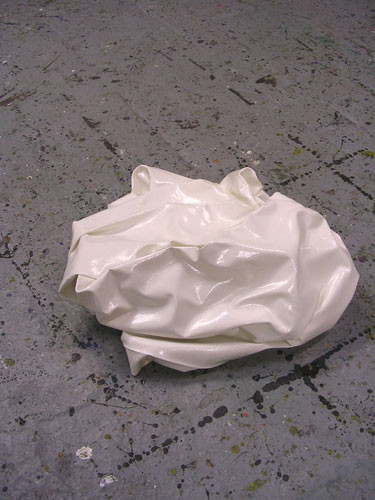 Angela de la Cruz. (1965, La Coruña. Lives and works in Londres) Karsten Konrad. (1962, Würzburg. Lives and works in Berlin) Anton Henning. (1964, Berlín. Lives and works in Berlín and Manker) Lori Hersberger. (1964, Basel. Lives and works in Zurich) Won Ju Lim. (1968, Korea. Lives and works in Angeles) Graham Little. (1972, Scotland. Lives and works in London) Jason Meadows. (1972, Indianapolis. Lives and works in Los Angeles) Diego Santomé. (1966, Vigo. Lives and works in Vigo) Jessica Stockholder. (1959, Seattle. Lives and works in New York) Gert & Uwe Tobias. (1973, Kronstadt, Romania. Lives and works in Cologne) Gary Webb. (1973, Hampshire. Lives and works in London)
Pilar Parra & Romero is please to present a collective sculpture show that will draw different meanings and questions of how an sculpture object, and in particular an apparently abstract object, can content different experiences and perceptions; being the surface of the object a vehicle where memory and narrative appear from experiences that occur through different spaces and times.
Other intention of this show is to point out a sculpture practice which emphasizes both the action of making things and the materiality of the object: appealing surfaces made from industrial materials –steel, plexiglass, perpex, plastic, tape, fabric-; made from plywood painted with bright colours, or the appropriation of objects that have formal qualities. Sometimes the external look of these sculptures can deceive the viewer eye, and they can associate them as being pure formal exercises, out from the referential world in connexion with a modernism era, basically an art to see rather than experience. But apart from that, these objects are open events rather than hermetic pieces.
Although all of the artists of the show have different approaches to sculpture all of them share a common point, which is that the sculptures and installations they make are contingent. They were born from different contents, and they bear different times and spaces. All of this are materialized either putting together daily life objects and non referential materials and surfaces, creating somehow a metaphorical.
Other common point is the idea of abstraction and surface, how you use it as container of phenomenological experiences: the curve, the rectangles, the lines are elements that are inextricable attached to a very vivid moment.
All of the artist integrate in sculpture the dialogue and relation of different times and spaces. The different pasts that bear the different elements of the sculpture dialogue with the present time that is represented either by the space that the installation occupies or in the inner language of the final object.
The objects and installations somehow have both an internal and an external time and an internal and external space. The external time and space come from the process of the sculpture; as being the sculpture base on referential world you introduce these external.
www.parra-romero.com