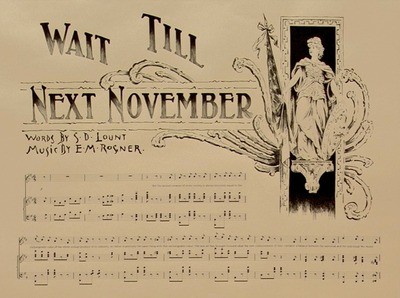 NEW YORK -- The Paula Cooper Gallery is pleased to announce an exhibition of work by Charles Gaines, on view at 521 W 21st Street from September 7 through October 5, 2013.

For more than forty years, Charles Gaines’ art has explored the relationship between aesthetics, politics, language and systems. Gaines employs rule-based methodologies to investigate ways in which meaning can be experienced in images and words. Informed by sources as varied as Tantric Buddhist drawings, the systemized work of Hanne Darboven, and John Cage’s notions of indeterminancy, Gaines creates work that often employs plotting and mathematics to organize visual components. He does not, however, deny the viewer’s sense of subjectivity.

“The art work, the total art work, involves many aspects of myself, not just one, and they all want to participate in the work. But when the work is done they all disappear...1 There is nothing in my approach that tries to determine from my own interest what type of feeling you have.2

This exhibition will be comprised of four bodies of work. The first, Night/Crimes, begun in 1994, juxtaposes photographs of stellar constellations with photographs of men convicted of violent crimes. These images are accompanied by texts identifying the locations of the crimes and the locations of particular sections of the sky. Gaines suggests links between the crimes and the natural events, links that may or may not, in fact, exist.

Skybox 1 consists of a light box measuring approximately seven by twelve feet. The light box illuminates blown up images of political texts on oppression, colonialism and liberation, democracy and freedom. The texts are by the 17th century religious reformer Gerard Winstanley, and twentieth century philosophers and political leaders Léopold Sédar Senghor,Frantz Fanon, and Ho Chi Minh. At regular intervals, the light box dims so that the texts disappear, revealing thousands of points of light that suggest a star-filled night sky.

Manifesto 2 is an installation consisting of two parts: four single channel video monitors, each one dedicated to one of four texts of revolutionary manifestos; and four large graphite drawings of music scores that were created through a systemized translation of the texts. The texts are from An Indigenous Manifesto (1999) by Canada’s Taiaiake Alfred; Malcom X’s last public speech, held in 1965 at Detroit’s Ford Auditorium; Raul Alcaraz and Daniel Carrillo’s Indocumentalismo from 2010; and the Declaration on the Rights of Women, written by Olympe De Gouges in 1791. Gaines has composed scores from each manifesto, translating the letters of the texts to their corresponding musical notes.

The most recent body of work in the show is entitled Notes on Social Justice and is comprised of large-scale drawings of musical scores from songs dealing with political subject matter. The songs include many from the American Civil War as well as more recent songs dating from the middle of the 20th Century.
Charles Gaines will be the subject of a major exhibition at The Studio Museum in Harlem in 2014. The exhibition will focus on his work from the 1970s and 1980s. Last year, the Pomona College Museum of Art and Pitzer College, Claremont, California, presented a survey of his work from 1975 to 2012. Manifestos was shown in 2011 at the UCLA Hammer Museum, Los Angeles. Among numerous group exhibitions both in the United States and internationally, Gaines’ work was recently included in Blues for Smoke, organized by the Museum of Contemporary Art, Los Angeles, and seen earlier this year at the Whitney Museum of American Art, New York; Under the Big Black Sun: California Art 1974-1981, 2011 at the Museum of Contemporary Art, Los Angeles; and the 2007 Venice Biennale, Italy. He is a 2013 recipient of a fellowship from the John Simon Guggenheim Memorial Foundation.
Gaines lives in works in Los Angeles and for more than 25 years has been on the faculty of the California Institute of the Arts, Valencia.