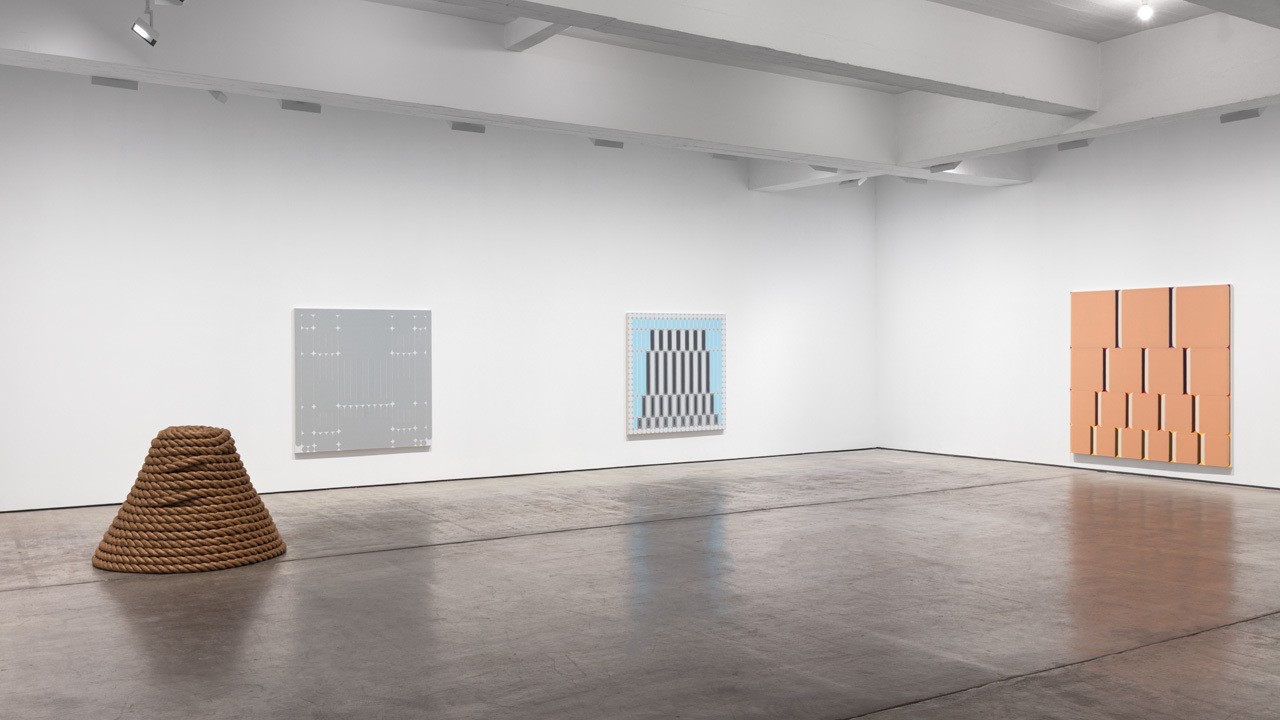 NEW YORK – Paula Cooper Gallery is pleased to present a selection of new work by Dan Walsh highlighting the breadth of his artistic production. The exhibition will include paintings, ink drawings, wood reliefs and an installation of elemental structures. The exhibition will be on view at 521 West 21st Street from January 5 through February 4, 2017. There will be an opening reception from 6 to 8pm on Thursday, January 5th.

Walsh’s new work explores the boundaries of abstraction through a meditative and procedural painterly process. Rooted in economy and the geometric, his method is one of exacting forms that are precisely applied and reapplied according to a defined set of rules. Through athletic and repetitive gestures, the pictorial surfaces progress into complex systems and mutated symmetries that shift between moments of recognition and fresh perceptional readings. Employing a culturally codified formal vocabulary, Walsh’s works both exist within and expand upon the canon of visual semiotics.

On view in the exhibition are acrylic canvases of vibrant hues as well as black and white ink drawings imbued with rich dimensionality. Meticulously layered, Walsh’s brushstrokes retain a hand-drawn quality that activates his images with transformative humanism. Also on view are reliefs consisting of drilled and/or painted cedar and pine. In the gallery’s main room, the artist presents a new installation of two large archetypal forms – a cone of coiled rope and a cube made of copper pipe and mesh. The structures continue Walsh’s interest in interactive compositions and translate his unique painterly abstraction into three dimensions.

Born in Philadelphia, Walsh lives and works in New York City. His work is included in public collections around the world, including the Fonds National d’Art Contemporain, Paris; the Museum of Modern Art, New York; the Art Institute of Chicago; and the Victoria and Albert Museum, London. It has been exhibited at P.S.1 Contemporary Art Center in Long Island City; the New Museum in New York; the Centre National d’Art Contemporain in Nice; the Speerstra Foundation in Lausanne; the Rhode Island School of Design Museum of Art in Providence; and the Kunstverein Medienturm, Graz. His prints and limited-edition books were the subject of a one-person exhibition at the Cabinet des Estampes in Geneva, Switzerland. He was also included in the Ljubljana Biennial, Slovenia, the Lyon Biennial of Contemporary Art, France (both 2003), and the Whitney Biennial in Spring 2014. In 2016 Walsh collaborated with his sister, Lexa Walsh, for a two-person exhibition entitled “Both Sides Now” at the Williams College Museum of Art. The artist will have a one-person exhibition in fall 2018 at the Bonnefantenmuseum, Maastricht (NL), co-organized by Jan van Eyck Academie, Maastricht.
www.paulacoopergallery.com