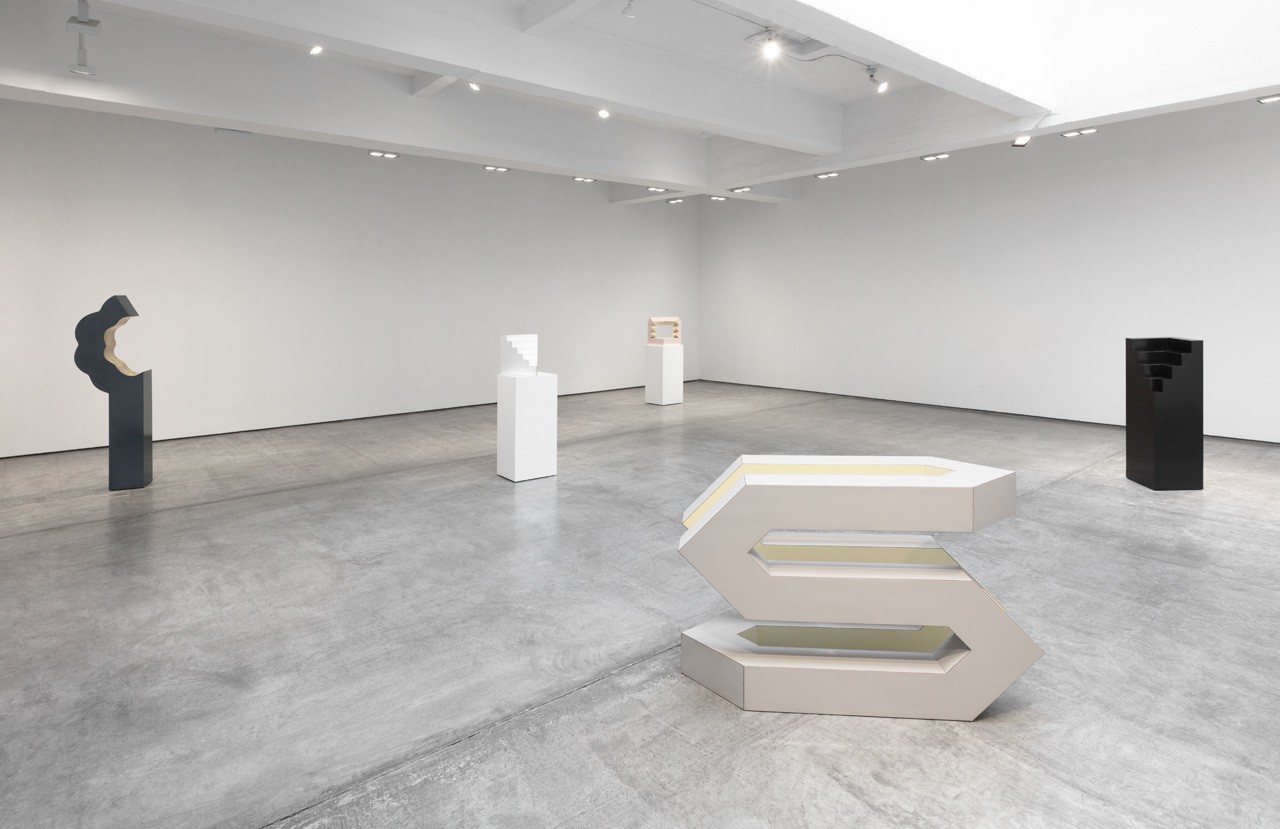 NEW YORK – Paula Cooper Gallery is pleased to announce a special exhibition of rarely seen, early work by Douglas Huebler. Created between 1963 and 1968, the selection includes sculptures, wall reliefs, and paintings that shed light on Huebler’s minimalist foundations and transition from object to concept. The exhibition is the first one-person presentation of Huebler’s work since 2012 and will be on view at 521 West 21st Street from October 14 through November 18, 2017. There will be an opening reception on October 14 from 5 to 7pm.

Considered a founder of Conceptual Art, Douglas Huebler’s interests and influences ranged from language and mathematics to avant-garde literature and Existentialism. Having abandoned painting and sculpture by the late 1960s, he is primarily known for his work that combined short written statements (usually containing a description of a structure or system) with other materials, such as photography, drawings, and maps, to wryly deconstruct the ways meaning is derived from visual information.

Conceived prior to this shift, the works on view illuminate the ideological thread from which his conceptual projects developed. Working first as a painter, by the mid-1960s Huebler extended his canvases of brightly painted geometric forms into three-dimensional wall reliefs and standing constructions. “Plywood structures laminated with one or two neutral shades of pink, white, grey, and/or black Formica, the works have no predetermined tops, bottoms, or sides—each is devised to sit directly on the ground and, like a cube, can be turned in any direction.”1 In the 1966 catalogue for the seminal exhibition, “Primary Structures” at the Jewish Museum, Huebler wrote of this work: “I wish to make an image that has no privileged position in space and neither an inside nor an outside.”2

Eschewing concreteness and interiority, Huebler’s structures generate an organic relationship between object, percipient, and the spatial continuum within which they are coexistent. As such, the phenomenological experience of the viewer becomes paramount: “What has interested me all along is not the pronouncement of meaning, but pointing toward the way meaning is formed.” His 1966 sculpture, Truro Series #1, named for the town in Cape Cod, Massachusetts, where Huebler spent his summers, demonstrates this early interest in time and location as structural paradigms of the conscious experience, as well as Huebler’s idiosyncratic brand of humor. This is apparent in later conceptual works, such as Snow Sculpture Project Proposal, 1967, and White Church/Euclid Round Trip, 1968, in which symbolic documentation replaces the actual object.

Douglas Huebler (born 1924 in Ann Arbor, Michigan; died 1997 in Truro, Massachusetts) studied at the Cleveland School of Art (1948) and Académie Julian, Paris (1948) before completing his B.S. (1952) and his M.F.A. (1955) at the University of Michigan. Huebler’s first one-person museum exhibition was at the Phillips Gallery, Detroit, in 1953. Thereafter, he exhibited extensively in galleries and museums in the United States and Europe, as well as in international exhibitions such as “Documenta V” (1972), and was included in many historical surveys of conceptual art. The last retrospective of his work during his lifetime was presented at the Palais des Beaux-Arts in Brussels in 1994. There have been several posthumous one-person exhibitions, including at the Camden Arts Centre, London (2002) and the MAMCO, Geneva (2006). In 2004, Huebler’s work was included in the exhibition “A Minimal Future? Art as Object 1958-1968” at the Museum of Contemporary Art, Los Angeles. Huebler’s academic career spanned more than forty years; he taught at Miami University in Ohio, Bradford College in Massachusetts, Harvard University and at the California Institute of the Arts (Valencia), where he served as dean of the School of Art from 1976 to 1988.

On November 4, the gallery will host a panel discussion on Huebler’s early work in relation to his conceptual practice. Moderated by Thomas Crow (Rosalie Solow Professor of Modern Art, and Associate Provost for the Arts at New York University), the panel will include Darcy Huebler (Associate Dean of the School of Art, California Institute of the Arts), Liz Kotz (Associate Professor, Department of the History of Art, University of California, Riverside), and David Platzker (Curator of Drawings and Prints, The Museum of Modern Art, New York).