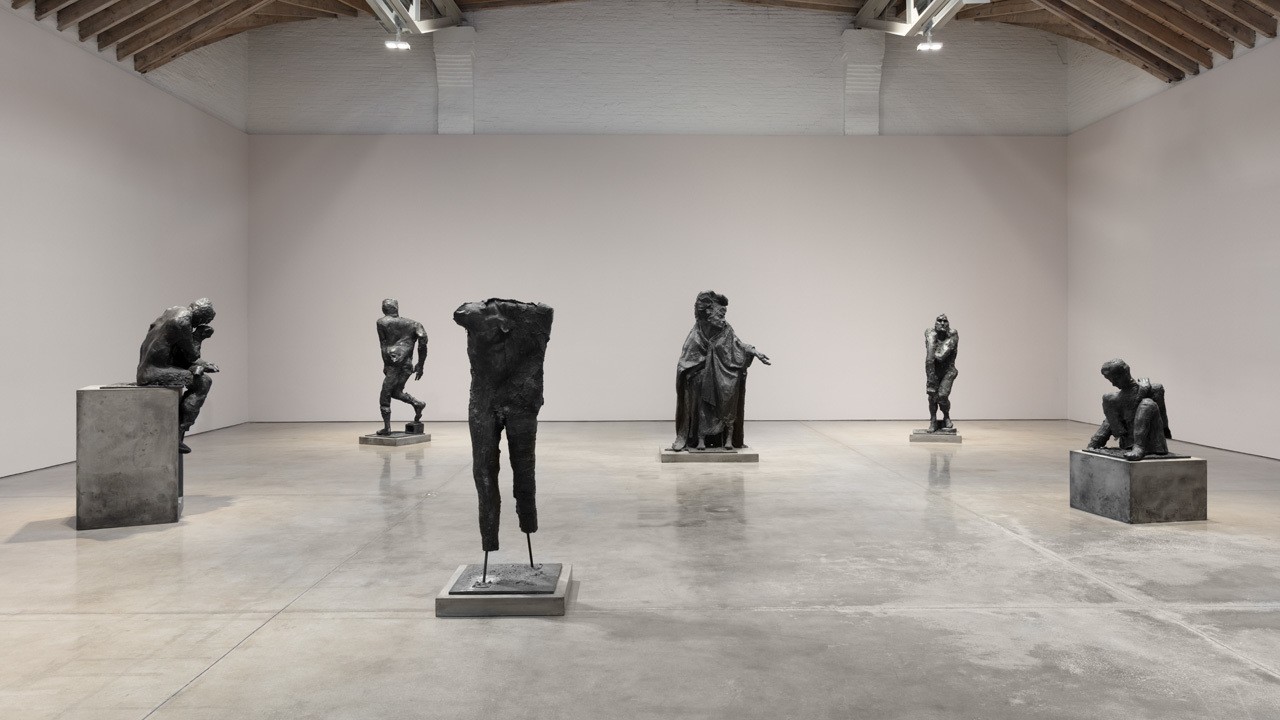 NEW YORK – Paula Cooper Gallery is pleased to present eight bronze figurative sculptures by Liz Glynn from her project, The Myth of Singularity. The exhibition will be on view at 534 West 21st Street from January 7 through February 11, 2017. There will be an opening reception from 6 to 8pm on Saturday, January 7.

Throughout 2013, Glynn executed a cycle of site-specific performances entitled [de]lusions of Grandeur in response to various monumental sculptures in the collection of the Los Angeles County Museum of Art. For The Myth of Singularity, the first of these performances, Glynn produced molds from posthumously cast bronze sculptures by Auguste Rodin in the museum’s collection. Seeking to underscore notions of fragmentation and recombination in Rodin’s atelier process, Glynn, with the assistance of eight young sculptors, built eight fragmentary figures, recombining chunks cast from the original sculptures with gestural accumulations of plaster and oil clay. Bearing smears and dangling threads, the finished casts retain evidence of the performance and the process of their making. The fragmentary improvisational constructions pay homage to Rodin’s unique practice of cannibalizing his own works as a self-reflexive mode of production. Glynn uses history as material, reanimating the sculptures’ latent narratives. A result of her process-driven investigation, the eight bronze figures elicit meditations on material, authorship, regeneration and invention. The sculptures appear damaged, deconstructed, and unfinished; fragmentary bodies that evoke a sense of disquiet. The Myth of Singularity was recently shown as a one-person exhibition at the Los Angeles County Museum of Art from November 7, 2015 through May 22, 2016, and acquired by the museum in 2016. Three works from the series were also exhibited at the Petit Palais in Paris as part of FIAC 2015 Hors les Murs.

The installation will also feature a new performance by Glynn, Regarding the Pain of Others, exploring notions of empathy and somatic responses to the 2016 presidential election and histories of populist uprisings. The front room of the exhibition will include a series of small gestural ceramic works underscoring notions of process and physicality.

Liz Glynn was born in Boston, Massachusetts in 1981. She received a BA in Visual and Environmental Studies at Harvard University in 2003 and a MFA from the California Institute of the Arts in 2008. Her work has been included in a number of important museum exhibitions including the Hammer Museum’s Made in LA biennial (2012), for which she was named a Mohn Award finalist; J. Paul Getty Museum’s Pacific Standard Time (2013); and the New Museum’s The Generational: Younger than Jesus (2009), curated by Lauren Cornell, Massimiliano Gioni, and Laura Hoptman. Recently, the artist presented a one-person exhibition entitled RANSOM ROOM, at the SculptureCenter, New York (2014). She has enacted large-scale installations and performances for Frieze Projects (2013), Performa 11 in New York, and the migrating public art project, Station to Station. In the spring of 2016 Glynn served as Visiting Lecturer on Visual and Environmental Studies at Harvard University. A forthcoming project with the Public Art Fund will be on view from February 28 through September 24, 2017 at the Doris C Freedman Plaza in New York City. There will also be a one person exhibition of new work opening at Mass MoCA, North Adams, MA in October 2017. Liz Glynn currently lives and works in Los Angeles.
www.paulacoopergallery.com