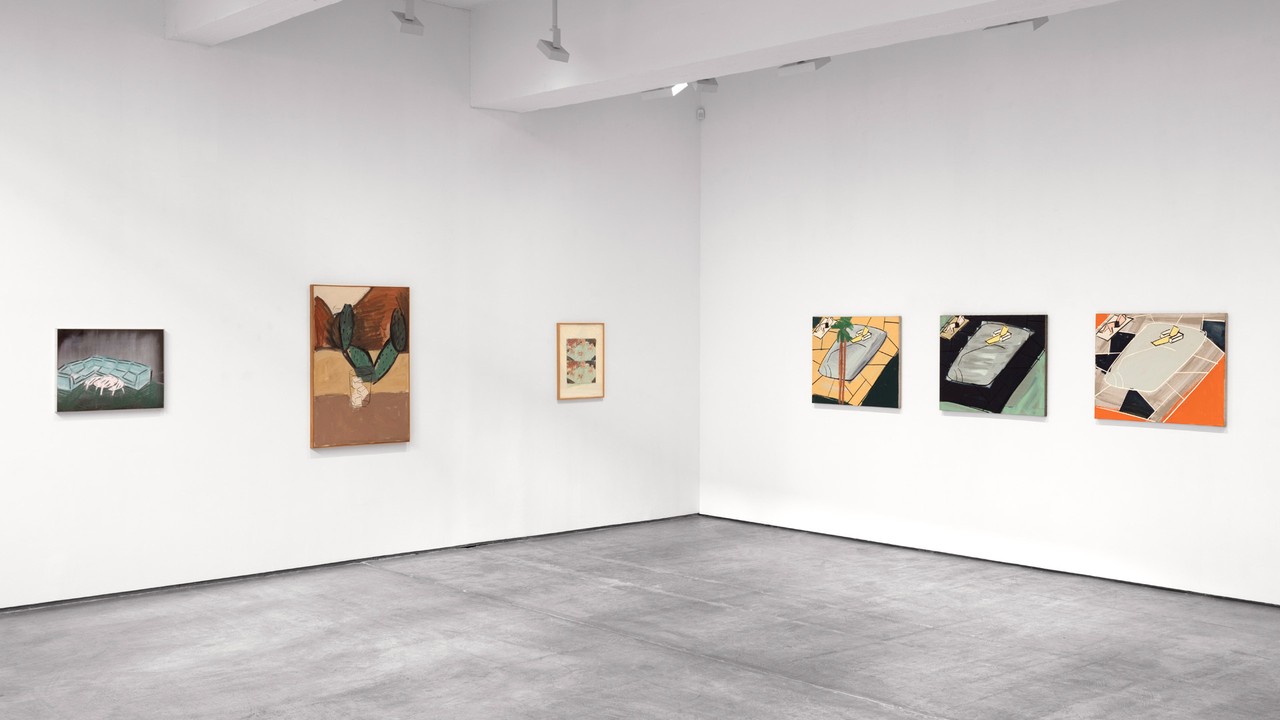 NEW YORK – Paula Cooper Gallery is pleased to present a one-person exhibition of major works by Michael Hurson (1941-2007). Hurson, who exhibited with the gallery from the mid-1970s until his untimely death, was an artist whose drawings, paintings, sculptures and texts constantly mirrored his personal life. He embraced his surroundings; Hurson painted and drew the people and objects around him. The exhibition will be on view at 521 West 21st Street from November 30th through December 22nd, 2017. There will be an opening reception from 6 to 8pm on Thursday, November 30th.

A graduate of the Art Institute of Chicago, Hurson’s work was the subject of one-person exhibitions at the Museum of Contemporary Art, Chicago in 1973 and the Museum of Modern Art in 1974. He was, with friends Jennifer Bartlett and Robert Moskowitz, featured in the Whitney Museum of American Art’s 1978 “New Image Painting” exhibition, which presciently identified a mode of representational painting that was informed by the spatial and expressive concerns of abstraction.

This exhibition focuses on three bodies of work: Eyeglass paintings, Palm Spring paintings, and portrait drawings. Often composing images of characters on stages or sets, Hurson painted his Eyeglasses on swaths of brushy abstractions—as if they were dancing across his shaped canvases on waves of color. This allusion to a fictional setting continued to be a primary interest of Hurson’s; he would spend the rest of the 1970s delineating spaces that, even when open and exterior, feel like theatrical stages in which actions occur. Hurson’s Palm Springs series includes numerous paintings, drawings and prints that depict his friend and mentor Burr Tillstrom, lying on his side next to his swimming pool. Contradictingly, Hurson imbues these compositions with the enclosed feel of an interior, giving physical weight to the air around his subjects. Here, Palm Springs is less a place on a map and more a set in which the artist could operate. In the 1970s and 80s, Hurson turned increasingly to portraiture, as he drew large scale images of friends, acquaintances and collectors on overlapping sheets of velum. Of these drawings, Hurson’s early champion, Henry Geldzahler, wrote, “Hurson’s portrait drawings are vastly knowing historically: Picasso, African sculpture (both masks and full figures), Suprematism, Synthetic Cubism, a glancing reference at times to Saul Steinberg can all be discerned.”

Michael Hurson’s work has been exhibited nationally since the 1970s and is represented in several important public collections, including the Museum of Modern Art, New York, the Whitney Museum of American Art, New York, the Art Institute of Chicago, and the Walker Art Center, Minneapolis. Two posthumous exhibitions have helped to provide a retrospective look at his oeuvre: “Remembering Michael Hurson – Paintings and Works on Paper,” at the Fisher Landau Center for Art (2007) and “Michael Hurson” at the PARC Foundation (2008), for which a catalogue of Hurson’s work in painting, drawing and sculpture was published. Hurson was the recipient of the NEA Fellowship Grant in 1974 and 1975, the John Simon Memorial Guggenheim Foundation Fellowship in 1994 and the Pollock-Krasner Fellowship in 1999.
www.paulacoopergallery.com