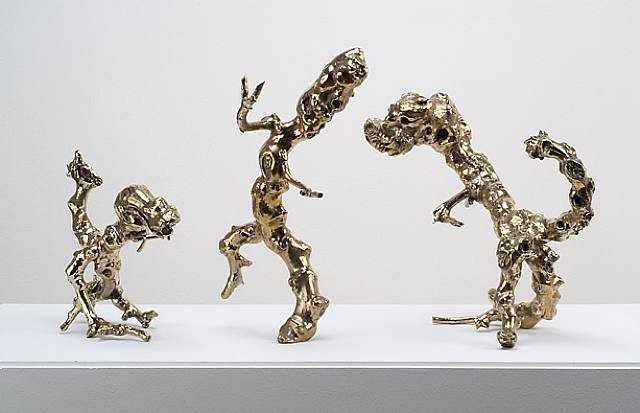 NEW YORK – The Paula Cooper Gallery is delighted to announce the opening of a third exhibition space in the heart of Chelsea, at 465 West 23rd Street.

Paula Cooper at 465 will open with an exhibition of works by Sherrie Levine. The exhibition will include a selection of recent sculpture and paper works. The works include bronze casts of found objects and found postcard collage collage. A reprise of Charles Baudelaire’s 1857 poetry collection, Les Fleurs du Mal, will be exhibited simultaneously at 192 Books, located at 192 Tenth Avenue at West 21st Street in Manhattan.

Sherrie Levine was born in Hazelton, Pennsylvania, grew up in St. Louis and moved to New York in 1975. She has had one-person exhibitions at the Hirshhorn Museum, Washington D.C., 1988; the High Museum of Art, Atlanta, 1988; the San Francisco Museum of Modern Art, San Francisco, 1991; the Philadelphia Museum of Art, Philadelphia, 1992; and Portikus, Frankfurt, 1994, among many others. In 2005, she was one of the four artists included in Quartet, the opening exhibition of the new Walker Art Center in Minneapolis. Levine has recently had shows at the Chicago Arts Club (in September 2006) and the Georgia O’ Keefe Museum in Santa Fe, New Mexico (in January 2007). Levine divides her time between New York City and Santa Fe.
www.paulacoopergallery.com