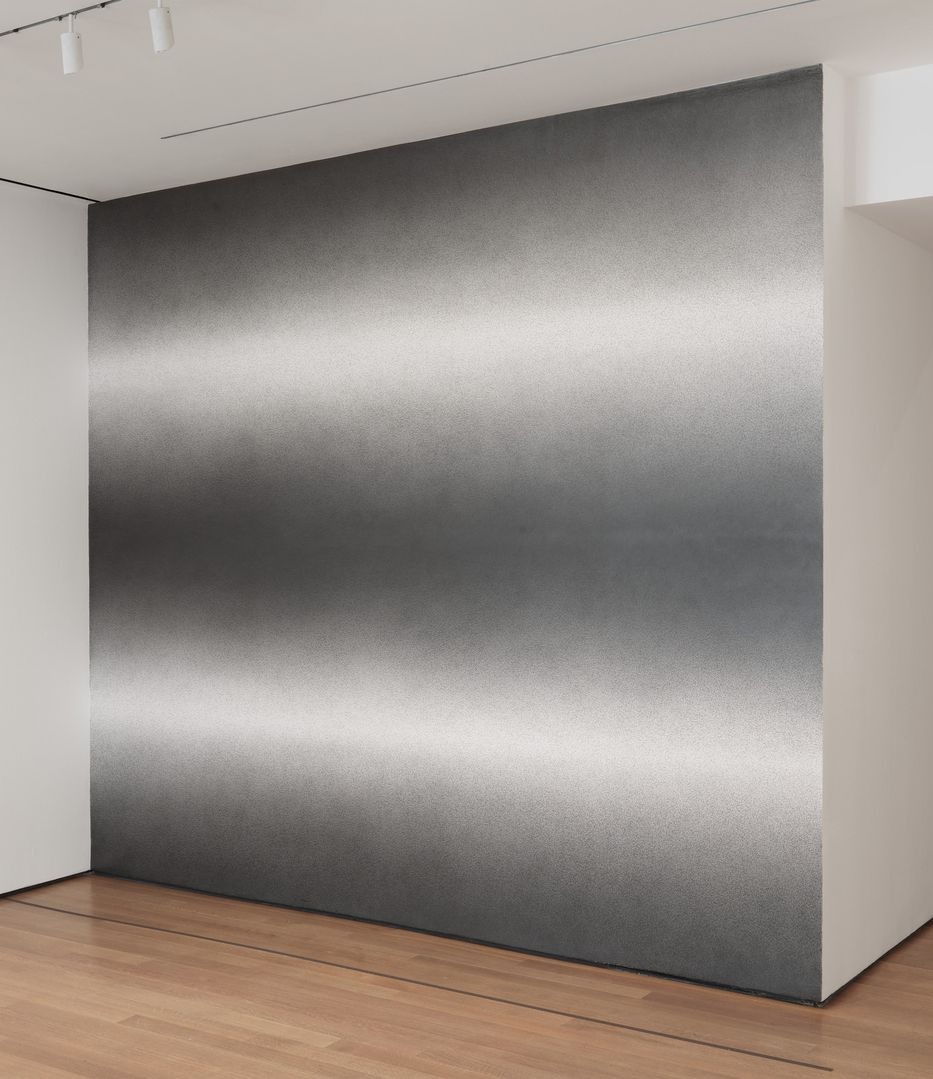 Sol LeWitt’s final Wall Drawings were the Scribbles. Grand and dignified in their dramatic transitions from light to dark and dark to light, the series is a contemplative meditation on the playful scribble motif. Inspired by the illusion of whiteness caused by light hitting a hard, shiny surface and composed of undulating loops of graphite organized into six degrees of density, the drawings contain a gradual flow of tone from bright white to black.

Throughout his life, LeWitt gifted wall drawings to friends and institutions of particular import, occasionally allowing them to choose. The composer Steve Reich, one recipient, selected Wall Drawing #1237, a previously unexecuted Scribbles. The wall drawing was installed in the home of Reich and Beryl Korot in the weeks following LeWitt’s death and served as a memorial to the artist and their friendship.

Reich first saw LeWitt’s work in Primary Structures, a seminal exhibition of minimal art organized by Kynaston McShine that took place at the Jewish Museum in 1965. Reich visited LeWitt’s studio shortly after. In 1970, LeWitt approached Reich with an unusual request: to purchase one of the composer’s musical scores. Reich acquiesced, sold LeWitt the score for Four Organs (1970), and used the money to buy the four glockenspiels he used to play Drumming (1970-71). These instruments––and the score, which remains in the collection of the late artist’s estate––are additional mementos of the extended collaboration between the two artists.

Wall Drawing #1237 is strikingly simple: one of a handful of Scribbles wall drawings that extend from the floor to the ceiling, it contains a single vertical strip of white centered between two masses of markings. Seen up close the graphite shimmers, drawing attention to the smooth surface of the wall, momentarily disrupting the spatial illusion created by the chiaroscuro.

A diagram for the rise and fall of each curve was used to structure the space on the wall before the scribbling began, and drafters of Scribbles have described how these wall drawings are particularly exhausting to execute. But understanding the labor does nothing to detract from the anthropomorphic effect of the wall drawing, installed between two windows at the scale of the human body. For Reich, it is no stretch of the imagination to see the opening as a view into another world, a world where LeWitt might be.