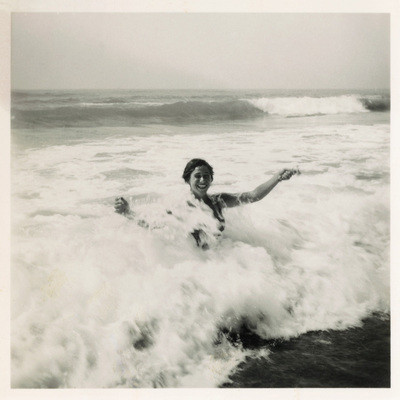 NEW YORK—Paula Cooper Gallery is pleased to present Absence, a special exhibition of works by Sophie Calle created between 2006 and the present. The exhibition opens on 18 October and will be on view at 534 West 21st Street through 16 November. Opening reception 18 October, 6-8 pm.

The works, an ever-changing project inspired by the loss of Calle’s mother Rachel Monique, were first exhibited in Venice in 2007, and then in expanded exhibitions at the Palais de Tokyo (2010) and the Festival d’Avignon (2012). As Patrick Frey observed in Sophie Calle: The Reader, “Absence recurs in Calle’s oeuvre as a generative drive. ”These mementi mori demonstrate the artist’s deft weaving of photographic documentation, narrative texts, found imagery and personal iconography. Calle’s efforts to create a space for the deceased are both intimate and universally resonant acts of elegiac composition.

The artist will also exhibit a new series entitled Purloined, which is directly related to works in a concurrent show at the Isabella Stewart Gardner Museum in Boston. Purloined continues Calle’s investigation of a set of thirteen works which were stolen from the Gardner Museum in 1990, and whose allotted wall space was subsequently enshrined with the missing works’ empty frames, following Isabella Gardner’s wishes that the museum’s installation remain exactly as she had originally arranged it.

Since the late 1970s, Sophie Calle has made work that employs provocative and sometimes controversial methods for confronting her emotional and psychological life. Her renowned 2007 exhibition Take Care of Yourself, instigated at the invitation of curator Daniel Buren for the French Pavilion at the 2007 Venice Biennale, invited women to interpret an email Calle had received from a boyfriend abruptly severing their relationship. The artist orchestrated these interpretations into what Louise Neri described as “a tour de force of feminine responses... in a wild range of media” filling the pavilion. Calle’s work has been shown at many international venues including the Centre Georges Pompidou (Paris), the Musée d'Art Moderne de la Ville de Paris, the Museum Boymans van Beuningen (Rotterdam), the Institute of Contemporary Art (Boston), the Tel Aviv Museum of Art, and the Hara Museum of Contemporary Art (Tokyo). Her exhibition Last Seen, now on view at the Isabella Stewart Gardner Museum, marks the second time Calle has engaged with the Museum’s collection, following her 1991 series of the same title. Sophie Calle was the recipient of the 2010 Hasselblad Award for photography.
www.paulacoopergallery.com