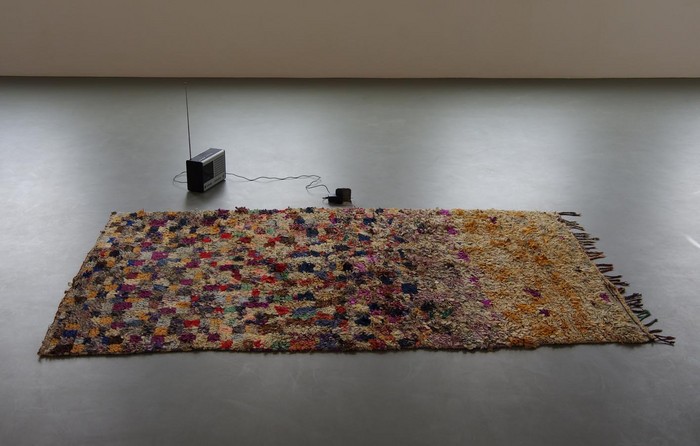 From March 26 until May 7, Galerie Paul Andriesse is pleased to present a new work by Rory Pilgrim (1988, UK) entitled The Rainbow. Over 6 weeks the exhibition will explore the symbolic, cultural and natural phenomena of the rainbow. The exhibition questions the rainbow’s place as a ubiquitous sign of diversity, equality, acceptance and understanding.
Central to Pilgrim's practice is questioning issues of cultural, social and global responsibility. Pilgrim explores the ways in which we profess what we believe, individually and collectively. Be they present or absent, Pilgrim looks to work with varied groups and individuals from around the world. This has varied from inviting the complete integration of two European towns (www.weymothaapsalu.com, 2008) to inviting seniors from the city of Amsterdam to enter into discussion and answer the question - Can we leave things as they are? (Tiananmen Square never happened in Holland, 2010).
The Rainbow opens with an opportunity for sharing and transformation, welcoming all into the space. The singer Daisy Rodrigues guides and leads those present, acting as a maternal offerer of encouragement, empowerment and support to those there. Accompanied by a collection of young singers, she draws upon words spoken and sung by the singer Liza Minnelli during the AIDS crisis in 1993 in support of the fight for hope and action. Renewing the words of this song, The Day After That, the performers will both encourage and question more acts of collective support, commitment and labour in pursuit of hope and action.
With the opening event left as an ephemeral moment and catalyst for the exhibition, the performance’s message of readiness and hope will nevertheless continually resound within the gallery. The message will be broadcast publicly from an internet station and internally via a radio in the gallery, its appearance and disappearance echoing the natural appearance and disappearance of the rainbow over time. Punctuated by calls for action and healing silences, the exhibition is further composed of a collection of works and offerings by others, brought together as a disparate community. All the works have been through change to become part of The Rainbow.
These include two posters created by the commercial and church poster writer David Andrews (1950, UK) bearing words taken from a sermon by the American minister Jay Bakker (1975, USA) and a Quaker mission poster from 2009. Freed from their original contexts relating to gay marriage and spiritual mission, their words act as invitations to universal acceptance, readiness, and openness. At the centre of the gallery, next to the radio, lies a Moroccan rag rug, its date and maker unknown. Unique in colour and design and constructed from cast-off material, this centerpiece invites reflection on the possibilities of transformation for and by people. Liberating the rainbow as a singular symbol, the exhibition hopes to offer reflection on that Somewhere, over the rainbow... and beyond.
Rory Pilgrim (1988, UK) lives and works in Den Helder, The Netherlands. He studied at Chelsea College of Art, London and the Eesti Kunsti Akadeemia, Tallinn between 2005-2008 and was resident at De Ateliers, Amsterdam between 2008-2010. Public commissions and exhibitions include Sculpture International Rotterdam (2009), SMART Project Space, Amsterdam (2010), Offspring, De Ateliers, Amsterdam (2010), Site Gallery, Sheffield, UK (2010) and Stedelijk Museum Amsterdam (2010). From April 6 until May 17, Pilgrim will work on the project A Silent Revolution at Kunsthuis SYB (Beetsterzwaag).
www.paulandriesse.nl