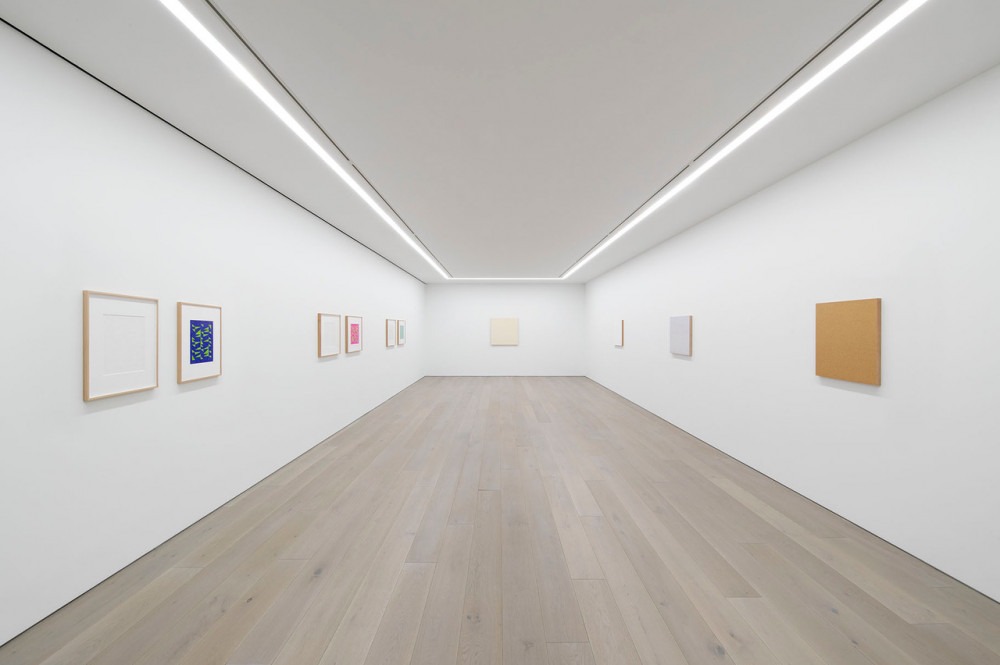 Perrotin New York is proud to host Gabriel de la Mora’s first exhibition with the gallery. The unique methods and materials de la Mora uses—feathers, egg shells, and human hair, in this case—stem from the artist’s decision to “quit painting” in 2004. The result has been an exploration of alternative modes of image-making, wherein seemingly minimal and often monochrome-looking surfaces belie great technical complexity, conceptual rigor, and embedded information.

The title of any work by de la Mora offers the first indication of a meticulousness that borders on obsession. With numbers for titles, the works reveal their constituent parts. 578 (2018) enumerates the 578 colored feathers that comprise the image, a high-octane pink and blue herringbone pattern a-la-Bridget Riley. Not unlike Riley and the Op-Artists, de la Mora is interested in a kind of optical illusion: that of crafting what appears to be a unitary image surface, one that is made up of much more than meets the eye: a complex assemblage of patiently collected and painstakingly arranged elements.

Most exemplary of this process of accretion is de la Mora’s ongoing series of eggshell “paintings,” a body of work that he began in 2013. These panels, monochromatic fields inflected only by the texture of its materials, are in fact a collection of minuscule shards, sifted and sorted by minute variances in hue. The eggshell works address the very notion of time: time spent accumulating the elements of what will become the crackled surface, time spent willing that surface into being. The egg, then, is an apposite metaphor for the kind of maturation process these works require. To rush them would be to betray the contemplative essence they exude.