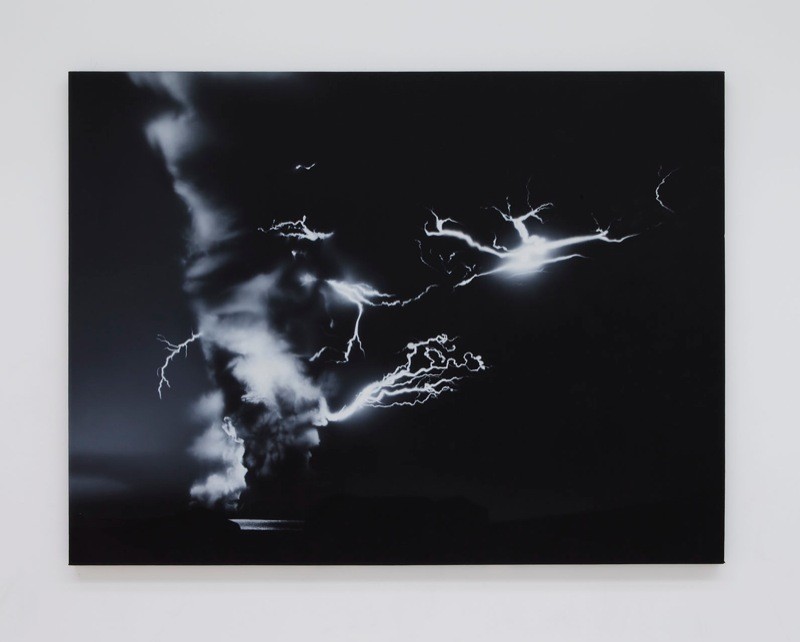 Galerie Perrotin, Paris is pleased to present an ensemble of works by Jack Goldstein created between 1975 and 1984: paintings, a film (“Shane”, a German Shepherd incessantly barking as if at silent commands) and an installation (the “Burning Window”, 1977, an unusual device mixing cinema and theater).
The artist, who died in 2003, was a major figure of the New York and Angeleno art scenes in the 70s and 80s.
After graduating from CalArts school in Los Angeles (class of ’72), where he studied under John Baldessari, Jack Goldstein staged performances, minimalist sculptures - but also vinyl records designed to be art objects that recreate archetypal, often disturbing sound bites. Goldstein’s 16 mm short-films - which he hired Hollywood technicians to make - emphasize the clichés of American cinema through repetitive emblematic scenes that also hark back to the first movies in film history (static shots, the length of the action is the length of the film, etc.). In 1977, he was featured in the famous “Pictures” exhibition at Artists Space in New York, alongside works by Troy Brauntuch, Sherrie Levine, Robert Longo and Philip Smith (Curator Douglas Crimp).
In 1979-80 he took up painting, borrowing media images from collective iconography – phenomena such as natural catastrophes or scenes of war - which he then enlarged. Executed by assistants armed with airbrushes, the huge paintings are ultra-flat, often in two-tones, appealingly aesthetic yet angst-ridden in their content.
Jack Goldstein cast an amused and even ironic eye on the ‘society of the spectacle’ around him, expressed in works that adopt and twist its references. The power of images - but also the disappearance of the notion of “author” - are integral to his artistic approach.
The exhibition is punctuated by songs by Patsy Cline, which were played continuously in the artist’s studio.
www.galerieperrotin.com