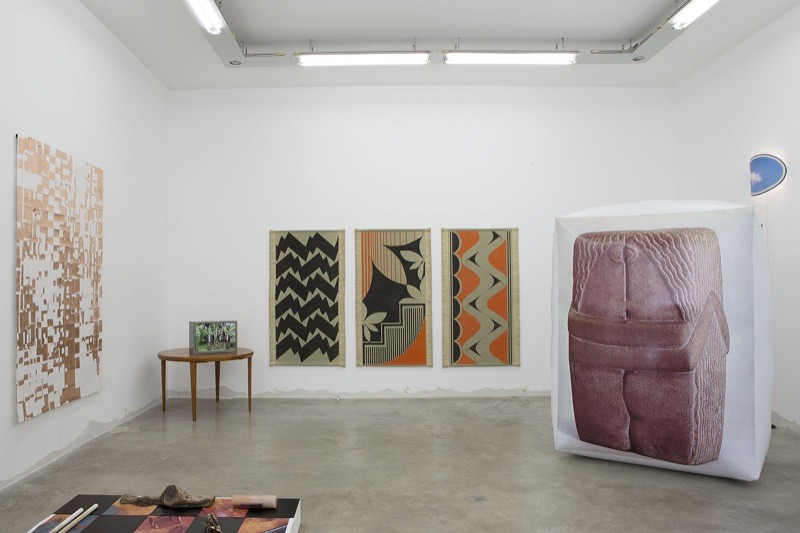 Galerie Perrotin, Lucie Fontaine and their employees are pleased to present “Souvenir,” a project based on a word that is exceptionally present, with slightly different meanings, in the French, American and Italian dictionaries.
A souvenir is an object that serves as a reminder. It is a trophy of travel that recalls the experience of a certain place and authenticates the memory of extraordinary experience. Its appearance is specifically evocative, or ‘characteristic,’ of the place from which it comes, or to where it supposedly belongs. By purchasing a souvenir, the visitor attempts to better understand the reality with which he or she is briefly in contact through a distillation.
The souvenir enters into action only when the trip is over. It serves a double function: the certification of the feeling of having really been there and the generation of a sense of longing and nostalgia. The souvenir establishes a dialogue between the exotic experience during which it is purchased and the domestic environment where it is normally displayed. It becomes an epitome of an identity available for immediate consumption.
For “Souvenir,” Lucie Fontaine will develop a project conceived especially for Galerie Perrotin’s Paris gallery space that includes contributions by David Adamo, Luca Bertolo, Ann Craven, Patrizio Di Massimo, Quynh Dong, Lucie Fontaine, Simon Fujiwara, Vibha Galhotra, Luigi Ghirri, Anthea Hamilton, Oliver Laric, Agnes Lux, Monali Meher, Aleksandra Mir, Ylva Ogland, Luigi Ontani, Matteo Rubbi, SERVOMUTO, Bianca Sforni, Santo Tolone, Alice Tomaselli, Josh Tonsfeldt and Entang Wiharso.
The notion of souvenir is related to aspects of tourism and travel that are changing. Following the new dynamics of the ever-more porous and interchangeable reality in which we live, the production and distribution of objects are no longer necessarily local. On one hand, souvenirs travel in advance of the tourists themselves; you can find Venetian gondolas fabricated in Taiwan, or miniature Eiffel Towers made in China. Expectations of authenticity and identity have once again become shifted and distorted.
On the other hand, a collector from Brussels could approach the Paris branch of a French art gallery in order to buy a painting made by an artist based in Brussels. The same painting could have been created in Brussels before being shipped to the New York or Hong Kong branch of the same French gallery in order to be displayed there, then sent to its main storage in Paris and finally to the collector’s house in Brussels, where it was originally and initially made.
In her continuous attempts to question notions of authenticity, creativity, signature and labor, Lucie Fontaine will employ the format of the exhibition in the spirit of Walter Benjamin, who once wrote: “Art is defined only within the story called Art History. Artifacts shown at this exhibition are not works of art. They are rather souvenirs, selected specimens of our collective memory.”
Exhibition organized on the occasion of The Nouvelles Vagues season at the Palais de Tokyo with the support of the Comité professional des galeries d’art.
www.galerieperrotin.com