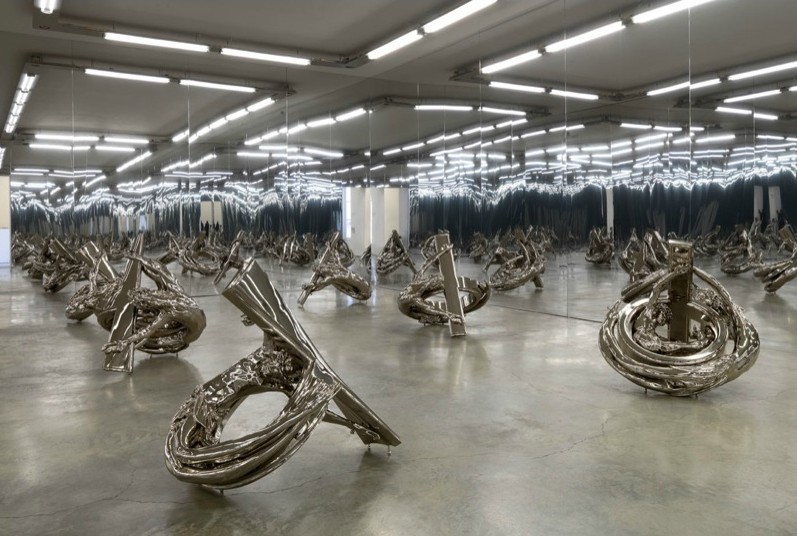 Galerie Perrotin presents Wim Delvoye’s third solo show entitled “Rorschach” from 12 May to 16 June 2012, at the Gallery, echoing the exhibition “Au Louvre” from 31 May to 17 September 2012.
Wim Delvoye has developed an art that offers a reinterpretation of artworks of the past while laying down a lucid and amused glance at contemporary society. He explores art history, Gothic cathedrals and sculptures of the 19th century, from Bosch and Brueghel to Warhol, simultaneously revealing the beauty of daily objects. With a Baroque gesture between homage and irreverence, he appropriates and deforms the motifs that inspire him.
A new series of bronze sculptures, of which some can also be seen “Au Louvre” mirroring themselves, reiterating the principle of Rorschach plates, reactivate the mythological figures of Auguste Moreau and Jean de Bologne. Others writhe in an attempt to reach the sky, like the neo-Gothic steeple “Suppo”, in twisted golden bronze. A monumental inox steel version of this will be mountead “Au Louvre” until 3 December 2012.
www.galerieperrotin.com