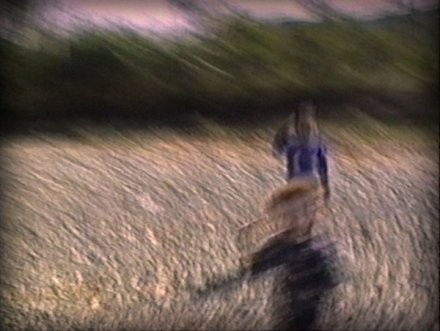 In the exhibition Gestures Adrian Paci continues his interest in symbolic and cultural rites. Paci often focuses on brief glimpses of everyday gestures that occur during ritualistic festivities. He renders these moments ambiguous, abstract, and open to universal readings. In a new departure from his previous work, Paci plays with the painterly possibility of video while also bringing a cinematographic approach to his paintings. The show comprises two video installations—Britma and Last Gestures—, a large-scale painting on wood entitled Passages, a diptych painted on bricks, and several works on paper.

In the single-channel video Britma, Paci takes one second of record footage and slows it down so that it stretches to 5 minutes and 18 seconds in length. Due to the film's slow movement and low-resolution the two children, who in real time are running after a car, become increasingly blurred until the screen appears like an abstract painting. Last Gestures—a rear projected 4-channel video installation—shows four different scenes of the Albanian wedding ritual in which the bride spends the last moments with her own family before she leaves to start her new life. Unaccustomed to the presence of a video camera, the family positions themselves as if for photograph, allowing the camera to capture some unintentionally tender and awkward moments. Similar to Britma, the decreased pace of Last Gestures transforms the hectic circumstance to one that is poetic and mysterious.

The large-scale painting, Passages, takes the ritual of handshaking (such as at funerals or weddings) as a starting point. Paci translates the repetitiveness of this gesture by following the shape of its painterly support: a nearly seven and a half foot tall wooden cable wheel. The circular continuity of numerous shaking hands emphasizes the cinematographic effect of the work.

Adrian Paci has an important solo exhibition coming up this summer at the Kunsthaus Zürich, Switzerland.