Drawing a Line in the Sand 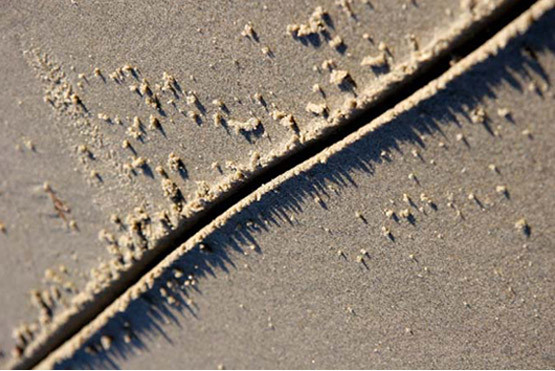 Over the past century the definition of drawing has broadened its boundaries significantly. As drawings were once perceived as preparations for other artworks or illustrative images, they have in recent times transformed into an art form that stands on its own. Like with painting and sculpture, artists have pushed the limits of drawing, expanding the meaning of line and surface.

Drawing a Line in the Sand presents an array of drawings by twelve artists spanning a period from the 1960’s to the present. Focusing on the importance of the line, the artists in the exhibition employ a variety of methods and materials such as pencil, graphite, charcoal, watercolor, enamel and even the folding of paper, expanding the definition of the drawing and the possibilities of the medium.
The following artists are included in the exhibition: