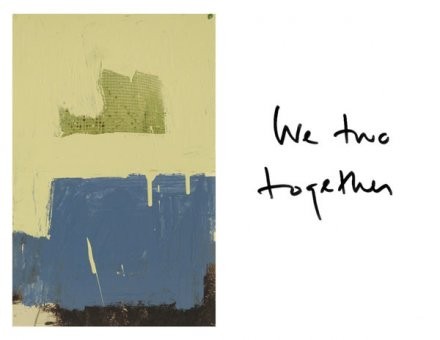 Peter Blum Gallery is pleased to announce the exhibition John Beech and Edward Albee Obscure/Reveal, November 6 through January 10, 2009, at Peter Blum SoHo, 99 Wooster Street, New York. There will be an opening reception on Thursday, November 6, from 6 to 8 p.m. This exhibition is in conjunction with the release of the new book collaboration between Beech and Albee. On view will be 40 over-painted photographs with Albee’s writing in response to each image, which are reproduced in the new publication.
John Beech and Edward Albee have known each other since 1991, when Albee acquired the first of several of Beech’s works for his collection. In the summer of 2006, upon the suggestion by the publisher that they collaborate on a book project, John Beech set out for Montauk to meet with Edward Albee. He brought with him a group of over-painted photographs, which he had been working on. Together they selected 40 works from the original group of 130 and decided on their order. More importantly, as Albee went through the images, Beech was struck by the poignant and poetic remarks Edward spoke in response to each work, sometimes with just a single word, at other times with a short insightful phrase. After a second meeting, Albee set to work and produced an essay, which accompanies each book. This text assesses John Beech within the context of his art and the art of his contemporaries. However, in order to accomplish the original goal of a collaboration, Albee decided to write a direct response to each of Beech’s works. These responses are printed in his own handwriting opposite each image. They, in fact, have a surprising affinity to those spontaneous remarks Albee made at the time Beech first showed him his works for this project. The connection of Beech’s urban and industrial pictures to Albee’s personal understanding of them has ultimately become the book-object Obscure/Reveal now on view.
The new publication Obscure/Reveal was produced in an edition of 750 copies. In addition, there is a limited edition of 40 copies with a steel binding. Each copy includes an original over-painted photograph by John Beech. The book is signed and numbered by John Beech and Edward Albee.
www.peterblumgallery.com