John Zurier: West of the Future 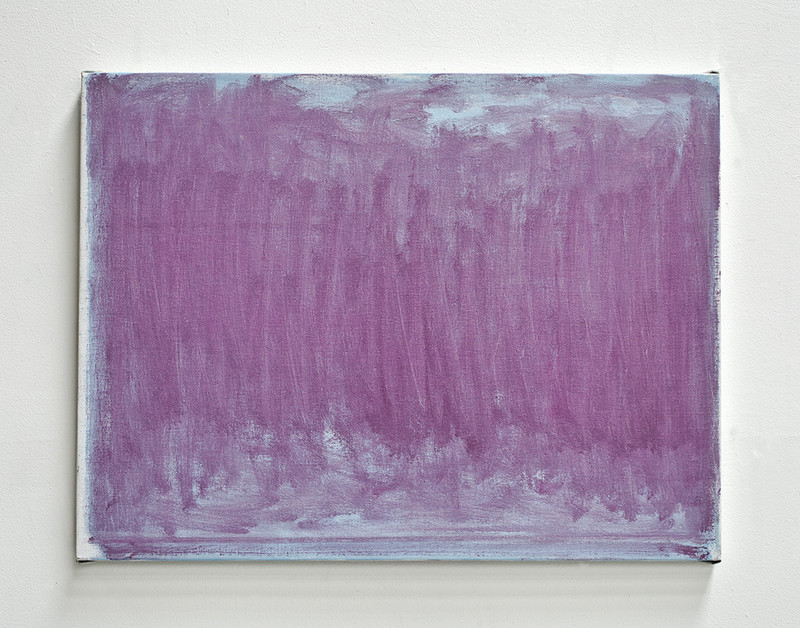 John Zurier
"Northern Morning Light," 2014
oil on linen
22 x 29 inches (55.9 x 73.7 cm)
Peter Blum is pleased to announce an exhibition of paintings by John Zurier entitled West of the Future at 20 West 57th Street, New York. There will be an opening reception on Friday February 13, from 6 to 8 p.m. The exhibition runs through April 4.

John Zurier’s new works, created in 2014 and 2015, are heavily influenced and inspired by his recent travels in Iceland. His abstract paintings evoke the natural light, sky, fog and ice of the ethereal terrain.

The exhibition’s title, West of the Future, is a direction that is difficult to grasp because it exists outside of time and yet, is something that can be imagined or felt. This same kind of ambiguity is what the artist strives for in his paintings. For Zurier, West of the Future implies a luminous immeasurable distance.

Zurier’s work is mainly about color and form at its starting point. His palette presents the color spectrum from subtle greys, greens and silvers to rich, vibrant reds and dark, opaque blues. The results are paintings that aim to recreate experiences or feelings on a two dimensional surface. The works are hauntings of an experience; the residue of particular atmospheres.

On the occasion of the exhibition, a monograph with an essay by Robert Storr and a foreword by Lawrence Rinder has been published by Peter Blum Edition.

John Zurier was born in Santa Monica, CA, in 1956 and lives in Berkeley, CA. He received his MFA in painting from the University of California, Berkeley. His most recent solo exhibition was at the Berkeley Art Museum, CA (2014). He has exhibited at the 30th São Paulo Biennial, Brazil (2012), California Biennial, Orange County Museum of Art (2010), Berkeley Art Museum, CA (2009), 7th Gwangju Biennale, South Korea (2008), New Langton Arts, San Francisco, CA (2006), Kettle’s Yard, Cambridge, England (2003), and the Whitney Biennial, NY (2002). In 2010 he was awarded the prestigious John Simon Guggenheim Fellowship.