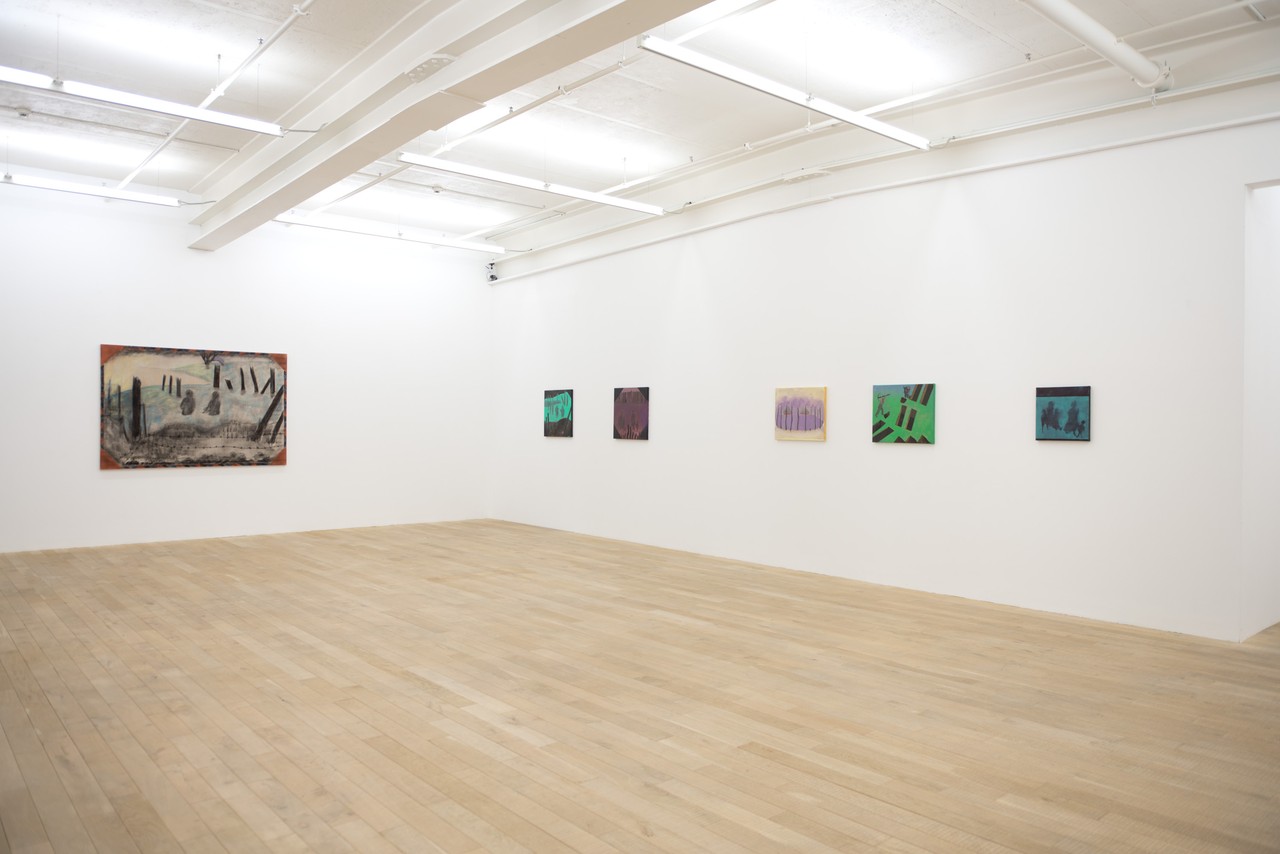 I have always been very moved by a phrase of Andreas Huyssen that asserts there is a conspiracy against memory. We artists have to be united so that this conspiracy does not succeed.
Beatriz González

Galerie Peter Kilchmann is pleased to present a solo exhibition of Colombian artist Beatriz González (b. 1938) in collaboration with the gallery Casas Riegner, Bogotá. Beatriz González lives and works in Bogotá and is considered one of the most influential artists of her generation in Latin America. With her participation at documenta 14 in Athens and Kassel, Beatriz González' work is now receiving a long past due recognition also in Europe. Within the framework of our exhibition the artist will present a new group of works consisting of 10 canvases, 8 works on paper, a wall-filling serigraphy and a free-standing object.

From the beginning of her artistic career in the early 1960‘s, the works of Beatriz González explore the sociopolitical turmoils of the violence-stricken history in postmodern Colombia. In the role of an active witness to history, the artist chooses photographic images of tragic events from the contemporary press and uses them as templates for her paintings, objects and prints. In doing so, she consciously remains objective and without comment. As Beatriz González once explained in a conversation with Hans Ulrich Obrist, published in the interview book Conversations in Colombia, she is primarily concerned with memory. Hence, it is not infrequent that through repetitive processing within her works a motif becomes an iconic symbol in the mind of the beholder.

Under the title Enforced displacements and elemental landscapes, Beatriz González now places two very topical themes, both for Colombia and for the whole world, in the center of her current practice: the expulsion from the home region and its destruction by natural catastrophes. In the publication accompanying the exhibition, José Ruiz Diaz explains how in 2015 the Venezuelan President Nicolás Maduro expelled more than 6‘000 Colombians, who used to live near the Colombian border. The result is a humanitarian crisis, similar to the one that happened almost simultaneously in Europe. In the media there was an overflow of images of families, as well as single men and women, with the few possessions they can carry, crossing the border rivers Táchira and Zulia. The artist collected press clippings and made them the inspiration source for her new project. The results are paintings of anonymous fates met by arduous peregrinations to unknown destinations.

In the seminal work Desplazamiento vertical (Vertical displacement, see invitation card), which is so representative of the title of the exhibition, we see an apparently young woman walking barefoot with her little child on her back towards an uncertain future. Motifs like this, which Beatriz González captures on the canvas with bold outlines and two-dimensional color compositions, are a common thread throughout the exhibition's individual works. The respective figures appear several times in different media. Thus, we encounter the female figure, bent by the load of a branch, in Enea de Baranoa (Enea from Baranoa) in painting, drawing and serigraphy on very different levels. By reducing the color, simplifying the form and reproducing it in print form, the figure is transformed into an everrecurring symbol. Other figures, such as the ones from the four small-scale works on paper Desplazamiento individual (Individual displacement), reappear in the head-high, three-part folding-screen. The new body of work is also connected with some of the artist‘s past projects. The long and narrow horizontal format and the composition of the figures in works such as Desplazamiento fronterizo (Border displacement) and Estandarte para desplazamiento-Choco (Banner for Choco-displacement) are strongly reminiscent of a project from 2005, for which she created long rolls of canvas with human figures carrying dead bodies in endless processions. The large-scale work Paisajes elementales: agua en el valle (Elemental landscapes: water in the valley) refers to a previous group of works from 2014, that was based on images of floods in Colombia and was shown at the 8th Berlin Biennale.

Beatriz Gonzalez' works are represented in the collections of the world's leading museums, such as the Museum of Modern Art, New York, Tate Modern, London, or the Museo de Arte Reina Sofía, Madrid. In 2015 she was part of the group exhibitions Transmissions: Art in Eastern Europe and Latin America, 1960-1980 at the MoMA, New York, and in The World Goes Pop at the Tate Modern, London. In 2011 the Museo de Arte Moderno, Medellín dedicated an extensive retrospective to the artist entitled Beatriz González: La comedia y la tragedia. Currently, two works by Beatriz González are part of documenta 14 in Athens and Kassel. From Nov. 23, 2017 to Feb. 25, 2018, the CAPCMusée d'art contemporain de Bordeaux will present a solo exhibition with González, curated by Maria Ines Rodriguez and accompanied by a monographic catalogue. A small catalogue with text by José Ruiz Diaz will be published on occasion of our exhibition and will be on sale in the gallery.
www.peterkilchmann.com/