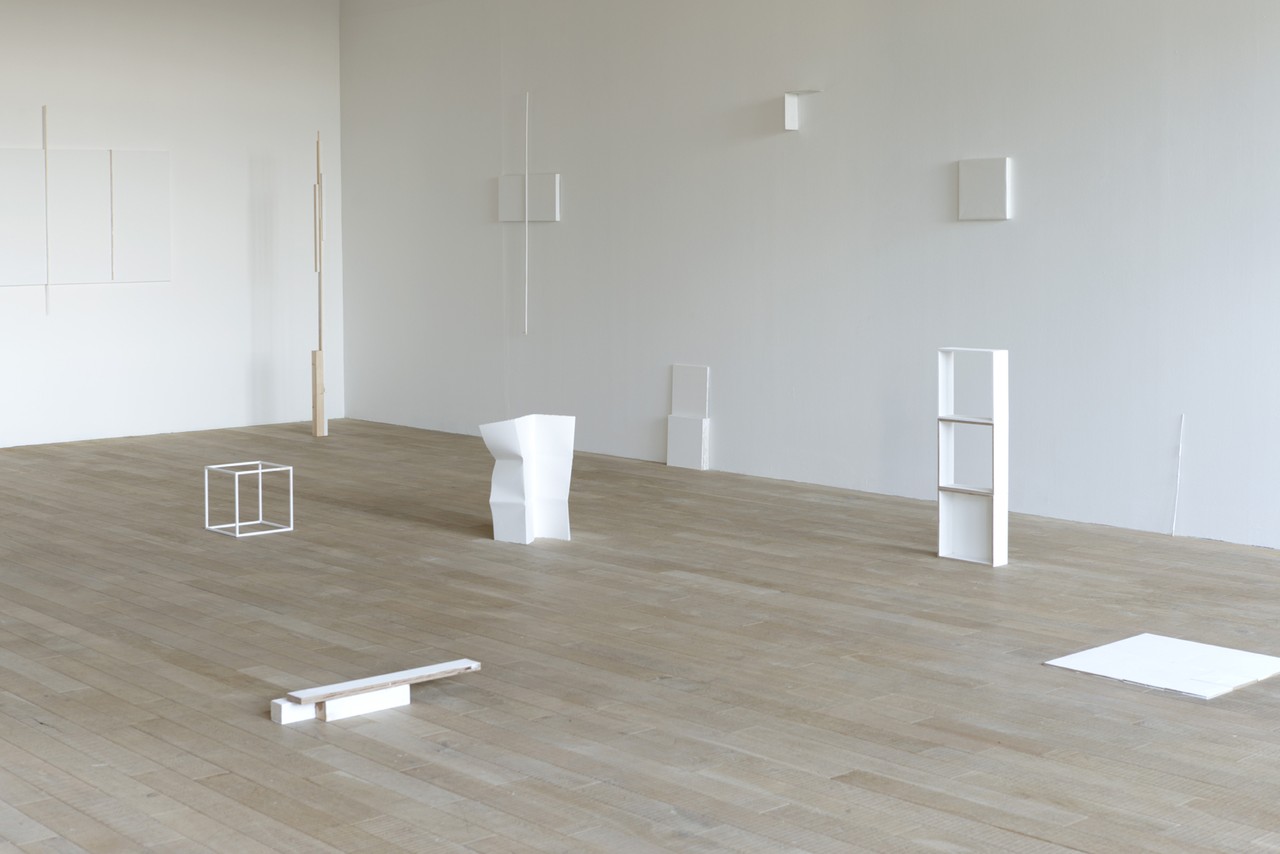 Galerie Peter Kilchmann is pleased to announce the first solo exhibition at the gallery by Fernanda Gomes. In 2013 a selection of works by the artist was already on display at the gallery on the occasion of the group exhibition “The things I want to express are so beautiful and pure”. All the works presented in this new exhibition will be produced in situ during her four weeks stay in Zurich, prior to the opening.

Fernanda Gomesʼ works are the condensed result of an intense investigation and confrontation with materiality, form, space and light. On display, there will be new works made out of basic materials, such as wood, plexiglas, paper, threads and metal. Gomes transforms these objects in a subtle way, to create unusual, suggestive connections between the various materials. Through her works, she explores and reflects upon the intrinsic poetic value of objects and spaces, often making use of white paint in order to create free environments that result in profound experiences on the viewers. In the Fernanda Gomesʼ words:

“Painting white is like adding a coat of light, but at the same time Iʼm interested in revealing the bones of things. Each thing nourishes the other. Contrasting and complementing. I experience white like itʼs empty and full at the same time. It operates as an element of equilibrium. I have to create a landscape to protect me from the brutality of this world. To create an environment where I can breathe, think, move about more freely. Visual language is a relief. It brings different perspectives and creates different thought structures. I feel like weʼve built our life on thought and I do these things to think better. Essentially, itʼs poetic thinking combined with emotion. Itʼs more free. Itʼs so important to transform our vision of things. Art gives us this chance to transform everything based on a vision. Vision in its broadest sense which includes intuition, imagination, poetry. Itʼs also important to slow things down, to allow yourself to live at a different pace outside this common time. Also the idea that mistakes and flaws, are the real nature of things, of life itself. Accepting the beauty of the fragility that constitutes us.”

Fernanda Gomes, who was born in 1960 in Rio de Janeiro, Brazil, and still lives and works there, has shown her works in numerous solo exhibitions, in institutions such as the Centre international de lʼart et du paysage, Vassivière, 2013, the MAM Museum of Modern Art in Rio de Janeiro, 2011, the Serralves Museum of Contemporary Art, Porto, 2006 or the Chisenhale Gallery, London, 1997. She has participated in important group shows, such as “Imagine Brazil”, in the Musée dʼart contemporain, Lyon, and the Astrup Fearnley Museet, Oslo, 2013, in “Gagarin the Artists in their Own Words” in the S.M.A.K. Stedelijk Museum voor Actuele Kunst, Gent, 2009, in “Collecting history: Highlighting Recent.
www.peterkilchmann.com/