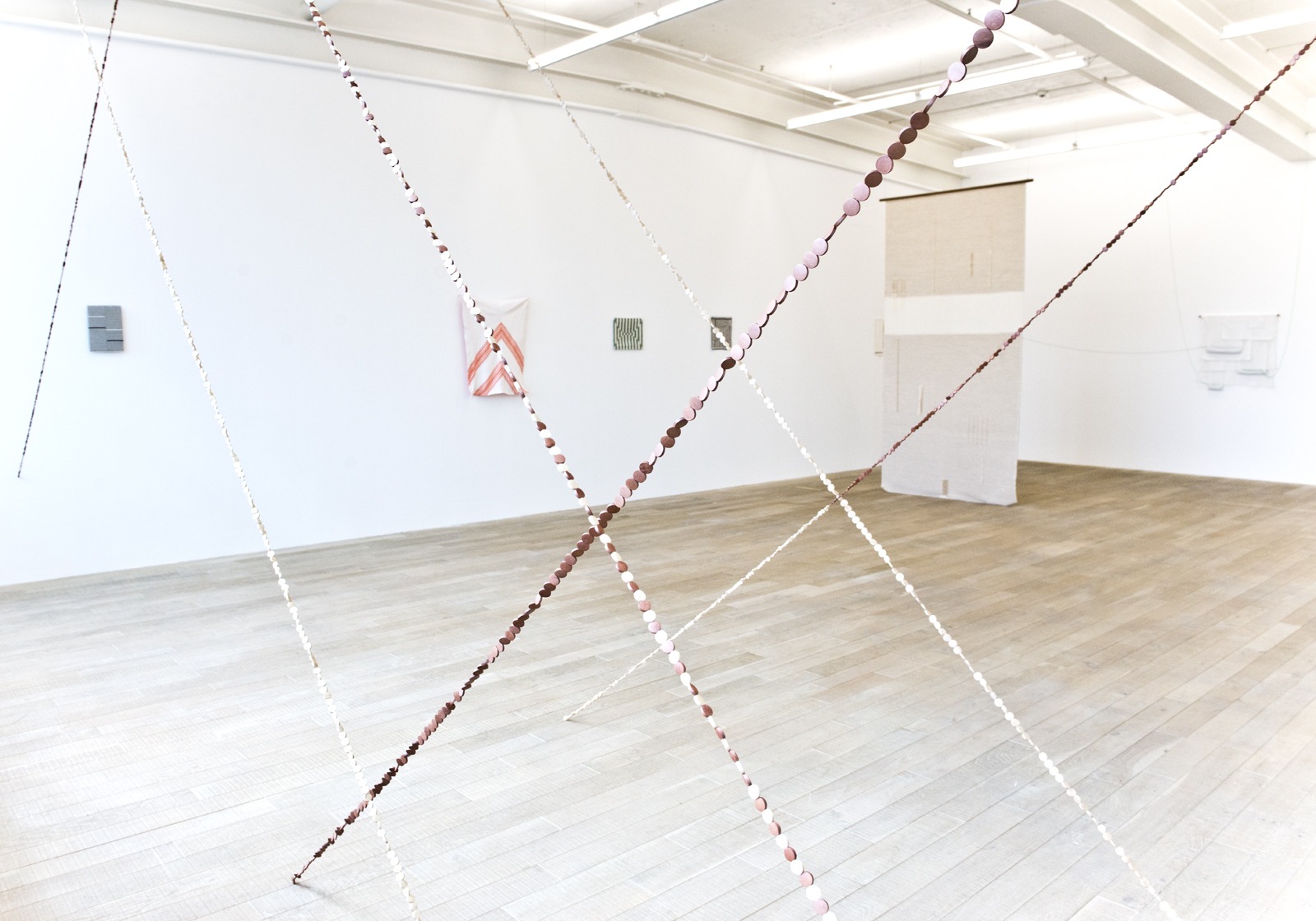 Galerie Peter Kilchmann is pleased to present the first solo exhibition of the Brazilian artist João Modé in the gallery. Modé was born in Resende, Brazil in 1961. He lives and works in Rio de Janeiro.

Modé’s artistic practice is characterized by the versatile way in which he handles visual language. In doing so, he uses a wide spectrum of diverse media. His video works, photographs, fabrics and large- scale installations often have an essential symbiotic relationship with their spatial and temporal surroundings. They intervene subtly with the architectonic space around them and unfold through the combination and bringing together of (everyday) objects or first come into being through their interaction with their specific local public. The exhibition at the gallery is presenting a comprehensive group of works from Modé’s series Construtivo [Paninho] which he has developed over the last five years arising from his great interest in space, construction and temporality. The title, made up of the terms Constructive and Paninho (“small cloth”), refers to the fundamental idea of the concept. The individual works are large and small-format textile works which are put together from a variety of found and used fabrics such as worn out T-shirts, handkerchiefs or oven cloths which are then sewed or elaborately embroidered.

It is a simple vocabulary of geometric shapes: The textile works, which are sometimes installed flat against the wall and sometimes perpendicularly (see invitation card) appear at first glance like a play of patterns and structures - stripes, circles, diamonds, rectangles, horizontal, uniform lines that are abruptly broken by rhombuses. Monochrome, flat areas of colour from which organic nuances emerge such as moss green, warm linen-white, rusty red, earthy brown or mellow blue are optically opened up. Suggested spatial depth appears to become lost in restless movements. The beholder must take time to plunge into the structure of the surfaces and explore them before becoming aware of the constructed geometrical order.

Simultaneously Modé’s patterns are natural and spontaneous. They are seldom planned in sketches and rather arise per chance while the artist’s hand guides the needle with meticulous care. In this regard the time-consuming process of creation is a fundamental part of the works. As is their imperfection, which is inherent in traditional arts and crafts and which will always distinguish them from industrially manufactured objects. However, it is not the traditional technique in itself that Modé is interested in. It is the poetry of a newly assembled order, the combination of the found fabric everyday objects from his personal surroundings that he forms into a new construct.

It is the same constructed visual language that is to be found in Modé’s installations and which links up directly with the legacy of Brazilian Constructivism and Neo Concretismo of the 1950s and 1960s. Like his predecessors Hélio Oiticica, Lygia Pape and Lygia Clark, Modé experiments with an art that poses certain sensuous and emotional challenges to the beholder, integrates daily routine into art and awakens a subtle feeling for the poetry of forgotten or ignored things of everyday life.