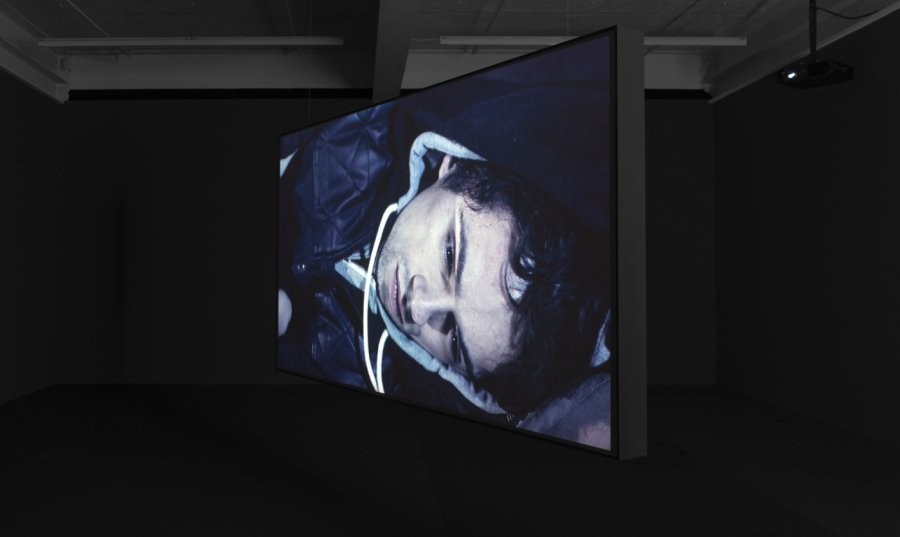 Galerie Peter Kilchmann is pleased to present what is now the eighth solo exhibition by the artist Willie Doherty. He was born in 1959 in Derry, Northern Ireland. Today he lives and works in Donegal. His video works explore the artistic possibilities of the apparatus of film and in an era of 'post-truth' question what is real and what is unreal, what is true and what is false. Doherty’s latest two-channel video installation, which he produced in 2016 for the Museum Villa Merkel, Esslingen and presented there in the same year, will be the centre of the exhibition Home. The installation is accompanied by six photographic works in various formats which were created in connection with the video work Home.

Both in terms of content as well as cinematography Doherty’s works are greatly influenced by the political troubles in Northern Ireland which shaped his environment since his early childhood. However, his themes are not necessarily directly linked with the political past of his home country but are far more the result of a general sensitivity to political tensions. Doherty frequently grapples with controversial images and discourses which circulate in the media and confronts the viewer with the fact that we can no longer trust the picture. At the same time his photographic works are often concerned with scenes and moments that were not intended to be filmed or observed. His handling of the camera attests to his interest in surveillance technology, while his pictures simultaneously show a certain cinematic poeticism. They create in the viewer a subtle feeling of unease between a concrete threat and fear of the unknown.

So too does his latest video work Home, in which Doherty addresses the problem of migration which in recent years has become very topical in Europe, and worldwide. On a double-sided video screen the viewer is displaced from two sides into a remote transit zone. Hearing an intensive hissing sound that is reminiscent of wind or flowing traffic, attention is drawn to the aimless rambling of a young man who cannot be categorised at first glance. The drab colours and the bluish twilight put the viewer in an uncomfortable mood. The fact is, the young man appears suspicious. His dark clothing, his black backpack, his hood that half covers his face, his strange physiognomy and his dark facial expression make us tend to classify him — even if unconsciously — as threatening. Familiar images from current media come to mind and we involuntarily see this person as a migrant. But Doherty does not make it that easy for us. The figure he depicts here is far more dense and complex than the familiar picture of a refugee shaped by the media and could be likewise a young man in a conflict situation. As if he wanted to free himself from the burden of the past, the young man takes his backpack off, takes a small bottle from it and begins painstakingly to wash his hands. He then unpacks stones from it (see the invitation card) and arranges them in a pile beside him on the concrete floor as if in a ritualistic act. Then, with an almost fragile gesture he lies down next to the stones, which perhaps signify a memory of his lost home or the burden that this memory brings with it. The young man becomes an individual person who appears vulnerable in his search for protection and safety.

At the same time we become aware of a very special focus in the film which, besides the protagonist, also draws our attention to the landscape. Our view jumps back and forth between the figure of the young man and individual characteristic elements of the surroundings: a bleak lattice fence, a grey concrete road bridge, the leaves and twigs caught in the fence moving in the wind. Streaks reminiscent of dirty oil float on the surface of puddles under a bridge where the protagonist then settles. They are carefully composed images that lend something poetic to the scene with their optical and acoustic impressiveness. The stand-alone photographic works reinforce this impression as they take up individual moments of the film in extremely sharp focus. In Facility the viewer encounters a diptych of a close-up of a puddle of water broken up by leaves and a metal grating with barbed wire reinforces the impression of a transit zone. And finally the melancholic close-up of the protagonist in Home (Waiting) that we must always look at driven by a curiosity that the artist consciously leaves without comment.

Willie Doherty’s work has been exhibited since the 1980s at important institutions in Europe, the USA and Canada. In 2016 the Museum Villa Merkel in Esslingen, Germany devoted a comprehensive solo exhibition to Doherty. Other solo exhibitions took place in 2015 with the title Again and Again at the Fundação Gulbenkian, Lisbon, Portugal and in 2014 with the title Unseen at the De Pont Foundation for Contemporary Art in Tilburg, The Netherlands. In 2012 Doherty’s work Secretion was presented at Documenta 13 in Kassel, Germany. In 2007 his work Ghost Story was on show in the Northern Irish pavilion at the 52nd Venice Biennale. Doherty’s works can be found in the collections of the most important museums. The catalogue that was published in connection with Doherty’s exhibition at Villa Merkel is available here at the gallery.
www.peterkilchmann.com/