Look Here, Upon This Picture 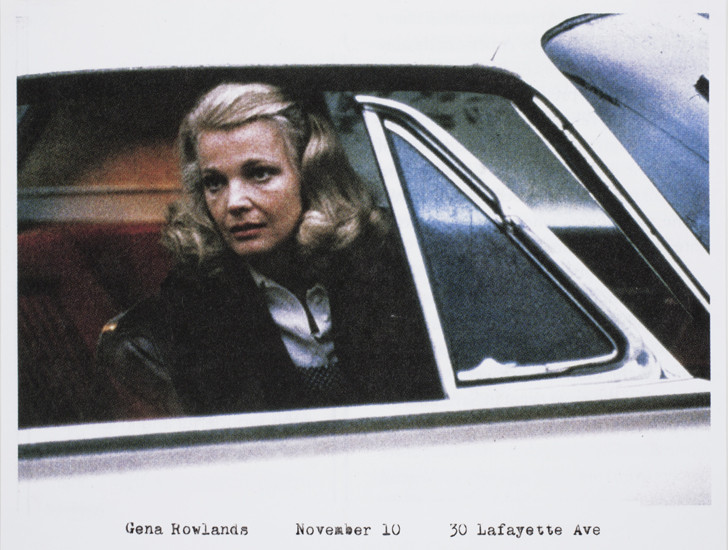 "Look here, upon this picture" brings together the work of four artists who address the elemental aspects of art-making. Never neutral, never easily definable, the terms that define art objects point to what is represented, who is doing the representing and how they are doing it. This exhibition regards the artist as receiver and transmitter of information. It addresses human touch, traditionally considered an expressive record, as a shifting indicator. The conversation between the works included points to the specificities of mark making while at the same time pushing viewers to ask questions about the artist's presence and absence, the notions of sameness and difference, and representation itself as an index, an icon, and, perhaps, a sign imbued with memory.

Alice Channer has been described by Barry Schwabsky as sharing "with the Minimalists what they shared with Matisse: desire for clarification, as the latter put it, 'for the purpose of organization, to put order into my feelings.'" Schwabsky goes on to describe Channer's sculptural objects as dressing the architecture, her art calling attention to one of the most basic terms of an art gallery -- the walls --while at the same time pointing to the presence of the artist as agent of the action that happens within the art gallery. Channer's works often use the body and clothing as starting points for representation both indexical and iconic, thus furthering the notion that art objects are -- in an important sense -- stand-ins for those who create them.

Mari Eastman looks to found images where 'beauty' is an ubiquitous constant, rather than an artistically interrogated experience. Eastman's paintings locate the surface of the canvas as a place for painterly discourse . Non-representational marks -- such as stabbing holes in the canvas and thus obliterating the picture plane -- commingle with Eastman's renderings of scenes of traditional beauty, many of which come from calendars or magazines. Magazine images, unlike art objects, are designed specifically not to be analyzed or interpreted, but rather to be swallowed whole. Eastman's work brings us back to the idea of what looking at pictures really entails, contrasting the contexts of commercial and fine art.

Marc Hundley's hand-drawn and hand-printed works on paper adopt ephemeral public formats, such as concert posters, to depict private experiences. These events are often moments at which Hundley was effected by something set in motion by another creator: an encounter with an author or poet through their words, a musician through their music, an artist through their objects and images. Hundley's works describe the presence of the artist as an individual and an experiencer, but also an interpreter and a creative force; at the same time, they invite viewers to their own experiences. As one recent Hundley work suggests, quoting Virginia Woolf, "Do let's be friends and tell each other what we're like. I hate being cautious don't you?"

Amanda Ross-Ho contributes a large-scale leaning sheetrock sculpture. "White Goddess #30 (YOU CRAZY LIKE THAT GLUE)" is the newest in her ongoing series of hand-constructed analogs of images mined from vintage textile manuals. Ross-Ho's translation of found documents into three-dimensional forms invigorates a conversation about an image's capacity to function as a physical object. At the same time, Ross-Ho presents focal points for navigating the looping and intimate experiences of both production and reception. There is something gained and lost in such translations, placing Ross-Ho in the position of mediator in this complex exchange.

Marc Hundley (b. 1971, Toronto, ON) is currently included in a two-person exhibition with Matt Connors at Herald St. (London, UK). His work has been seen in solo exhibitions at Team Gallery (New York, NY); and Darren Knight Gallery (Sydney, Australia). His work last appeared in Los Angeles in the exhibition, "Matt Connors, Marc Hundley and Michael Stickrod" at Cherry and Martin in 2008.

Amanda Ross-Ho (b. 1975, Chicago, IL) will be the subject of a solo exhibition at the Museum of Contemporary Art, Los Angeles in June 2012. Ross-Ho’s work has appeared in exhibitions at the Museum of Modern Art (New York, NY); the Museum of Contemporary Art (Chicago, IL) and the Henry Art Gallery (Seattle, WA). Her work was included in the 2010 Whitney Biennial at the Whitney Museum of American Art (New York, NY). Solo exhibitions include Cherry and Martin; Mitchell-Innes and Nash (New York); the Approach (London, UK); the Visual Art Center at the University of Texas (Austin, TX); and Pomona College Museum of Art (Pomona, CA).
www.cherryandmartin.com