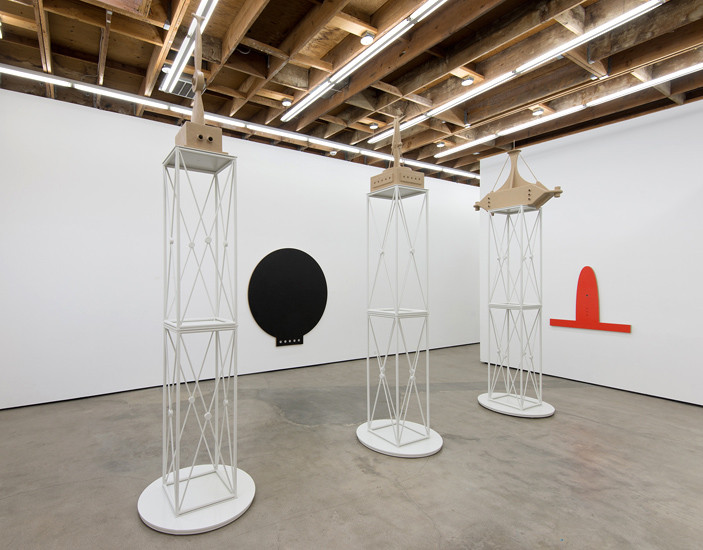 Cherry and Martin is pleased to present Michael Rey’s first solo exhibition at 2712 S. La Cienega Blvd. The exhibition will include new free-standing and wall-based pieces by the artist.

“THE MACHINE PROCESSES UNTIL THE MACHINE DIES.” Rey’s work has always addressed the mind’s indefatigable action to seek meaning. It has also long addressed the fragility of the human body and the mysteries of an existence over which we have no control. Referring to the scraped layers of Plasticine clay that cover most of his free-standing works (and all of his wall-based works), Rey comments that he wants his artworks to be as fragile as we are: solid yet ephemeral; immediate yet ultimately unknowable.

Michael Rey has written that the shapes which comprise his wall-based works and free-standing sculptures come to him in his dreams. This has led at least one writer to say that Rey’s works “operate poetically, rather than pictorially.” A counter-argument might be made that Rey's works open the door to poetry precisely because they operate pictorially. Rey’s use of shape and color has evolved toward a non-hierarchical relationship within his compositions; his attentiveness to surface insists on the ‘objectness’ of the wood panels on which he layers Plasticine and oil paint.

In insisting on these basic pictorial terms, Rey’s art in many ways actually deflects the direct response it solicits. Its ‘simplicity' turns viewers upon themselves. We feel this both intellectually and bodily: an odd sensation in an art world increasingly dominated by pre-packaged artworks and messages. Rey’s work asserts the viewing order of an earlier age, an age dominated by art’s power to evoke mystery, wonder, creativity, and the communicative possibilities of human expression.