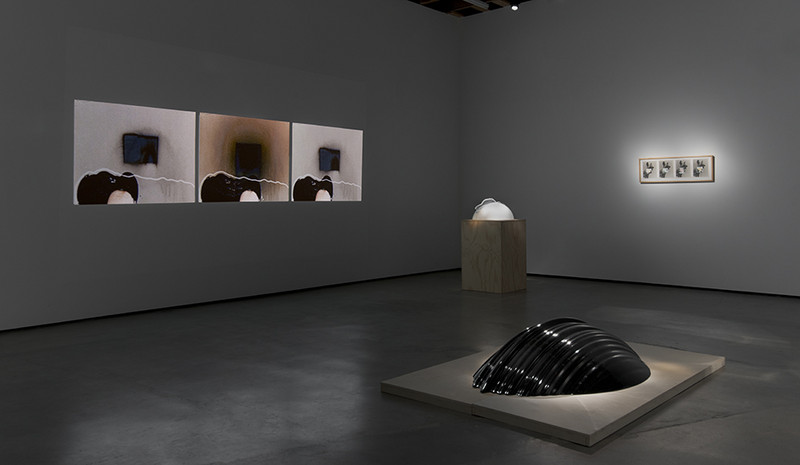 Cherry and Martin is proud to present Pat O’Neill’s first solo exhibition at the gallery, which will include a new three-channel edit of Saugus Series (1974), as well as the slide projector work, In Betweens (2015).

Long recognized as a pioneer in avant-garde film, Pat O’Neill is probably the first American to receive an MA in moving image art. O’Neill began his studies at UCLA in 1957, working with renowned designer Henry Dreyfuss. In 1961, he began studying with Robert Heinecken, who like O’Neill, was coming out of design. Heinecken was, according to O’Neill, “bringing photography and Pop Art together and breaking the mold for what was acceptable in photography at that time.” O’Neill collaborated with Heinecken, fellow students Carl Cheng and Darryl Curran on a multi-screen slide projector work, "American/Image Ideal," for the 1963 Aspen Design Conference, organized by Charles and Ray Eames. O’Neill recalls that Heinecken “welcomed transgressions of the purity of the medium. We were encouraged to distort the technology, cook the negative, cut up the print, and even use its surface to paint upon.“

In the 1960s, O’Neill experimented with “serial projections of transparencies, followed by loop projections in 16mm film, and finally short films,” noting that this was “an extension of studio practice, using the film camera and projector in conventional and unconventional ways to make and present images over time.” While at school, O’Neill and fellow student Bob Abel attempted to build an optical printer, having seen such a device at a local production studio. The optical printer afforded O’Neill a chance to use “an array of photographic techniques, including fades and multiple exposures” and “maximize the medium's plasticity several decades before computer-based composition systems made image manipulation widely accessible” (Manohla Dargis, New York Times).

Drawing and sculpture have long been a part of O’Neill’s work. The Cherry and Martin show will include several drawings, collages and framed transparency pieces from the mid 60s through the late 70s. Black Sweep (1966), one of O’Neill’s largest fiberglass and resin sculptures, reveals the exploration of the new materials associated with post-War America that was a broad interest for a range of LA artists. At this time, O’Neill was also becoming deeply involved in the Coronet Theater film scene and continuing to experiment in his own film-making. O’Neill’s film work was already recognized throughout the United States and Canada at this time; Gene Youngblood, for example, links Pat O’Neill in his 1970 book, Expanded Cinema, with Michael Snow and Stan Brakhage: ’synaesthetic’ filmmakers whose work explores cinema’s ‘extra-objective’ reality - in opposition to television - the new ‘software’ of the planet.

For his part, O’Neill states, “The question seems to be one of finding a satisfactory container for one's observations.” Describing films like Saugus Series, a new three-screen edit of which will be included in the Cherry and Martin show, O’Neil goes on to point out that, “The individual parts were all made separately, so the film is not cohesive unless you can see it as a kind of journal, a collection of entries all by the same person but at different times and places. If you see it as a record of an individual who wanders the land and from time to time stops to comment on it, that is about right. The films move from one into the next, almost without interruption. All the time I was doing them, I was thinking about the form, thinking about a way to present film that was completely non-theatrical and non-sequential, that did not rely on any connection between its parts. This led to the endless-loop films [like Two Sweeps (1979)] which were projected in rooms where the audience was free to come and go. I felt the need to get completely away from the theater situation as we know it.“

The most recent piece in the Cherry and Martin exhibition, In Betweens, is a multi-screen slide projector work that brings together three decades of O’Neill’s photographs, taken on site at various landscapes. Images of a junkyard in Colorado, a park in Germany and other places are superimposed by way of a fader. Two slide projectors create a constantly changing collage of images, over which are superimposed a collection of texts. In Betweens is both documentary and diaristic, a meditation on internal and external realities built up over the course of almost fifty years of artistic practice.