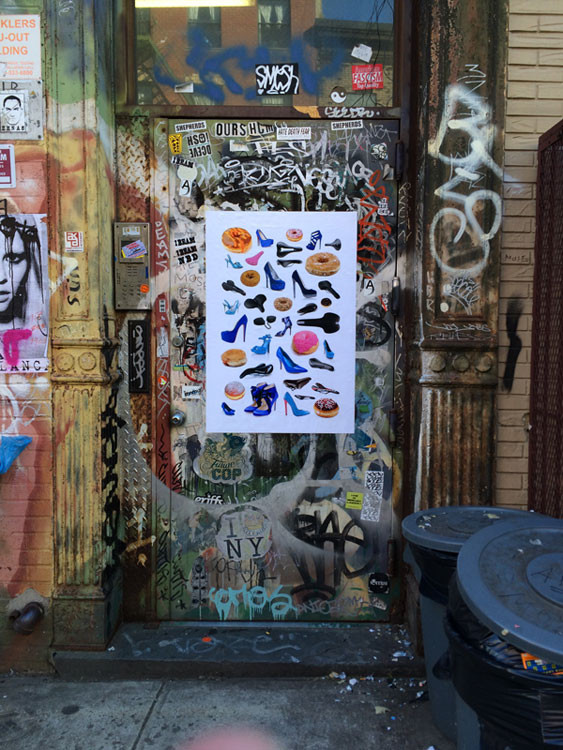 As difficult as it is to make art, perhaps it’s even harder to destroy it once it’s made.

Destruction—literally, figuratively, formally, and conceptually—has a long and well-known pedigree in modern and contemporary art. From Robert Rauschenberg to Jean Tinguely, Robert Smithson, Yoko Ono, Gordon Matta-Clark, Gustav Metzger, and Pipilotti Rist, destruction has served as a rich resource in the evolution of critical art practice and a key idea in the development of the expanded field of art in the 1960s and 1970s.

Yet what might be its aesthetic and critical place in culture today? In order to explore these and related questions, the curators have invited the artists not to destroy just something, but rather one of their own preexisting works—and to develop a protocol for this act of destruction that will become, at some level, what is being exhibited. How does the destruction of an artist’s own work ask us to rethink issues of materiality, performance and memory? How does it enable us to think about the changing conditions of art history in the digital age?

Included in the exhibition is a newly destroyed piece by Bob and Roberta Smith, whose exhibition Art Amnesty was previously shown at Pierogi and is on view at MoMA P.S.1 through March 23, 2015, and a video documenting the destruction of faulty elements of Nina Katchadourian’s Monument to the Unelected, a work consisting of 56 signs advertising the presidential campaigns of every person who ever ran for president, and lost, and now in the permanent collection of the Scottsdale Museum of Contemporary Art (the work was also exhibited at the Boiler in July, 2012). Also on view will be a re-staging/destruction of Jeanine Oleson’s Hear, Here (2014), an experimental Opera produced at the New Museum in April, 2014. Ray Smith will direct a live destruction of a monumental exquisite corpse-like sculpture.

The exhibition coincides with the establishment of the Foundation for Destroyed Art (www.foundationfordestroyedart.org), a non-profit media archive in which works of art will exist only in their documented destruction and spectral afterlife. The aim of the Foundation is to serve as a unique online resource and archive of destroyed works available in virtual formats, an institution that can hold if not entirely contain the formlessness of destruction in the field of art.
www.pierogi2000.com