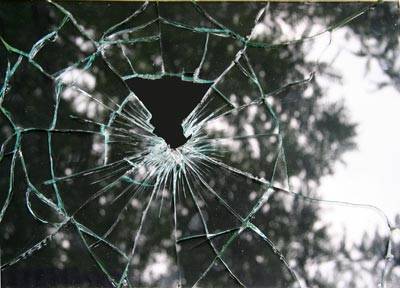 A group exhibition featuring works dealing with notions of fact and fiction, by:

The definition of the word “factitious” reads, “produced by human rather than by natural forces; produced by special effort.” The sound of the word, however, suggests other meanings, such as a merging of fact and fiction. The work of the artists included in this exhibition reference these notions in various ways.

Brian Conley’s Decipherment of Linear X project includes photographs, ceramic tablets, and the Decipherment of Linear X journal he edited. This work centers on a fictitious language of symbols that Conley treated as an actual proto-language. It began with sticks and logs that Conley unearthed which are covered by distinct incisions, often in X formations, that resemble some of the earliest written languages, such as Minoan Linear A and B. The incisions were actually made by a type of beetle that lives between the bark of the tree and the woody interior. From the incised logs Conley rolled ceramic tablets, then created a kind of alphabet of individual symbols. For the journal he asked a variety of historians, philosophers, poets, etc. to write about Linear X as if it was a real language.

Tavares Strachan’s work deals with displacements and duplications, among other ideas. The work for this exhibition, “Where, What, When, 2006 (Dislocated remnants from simultaneous events #'s 8 and 9. Providence Rhode Island)” consists of two identically shattered window panes inside wood and Plexi glass vitrines. Both windows have been laser cut to have the same break that references an original found broken window. The “real” broken window has been replaced with identical fictional windows. In a related project, Strachan duplicated a single broken window in an abandoned building as a series of the same broken windows across the facade of the building.

Patrick Jacobs’ dioramas viewed through small lenses set flush with the wall are secretive fictional worlds that mimic the real world and accentuate banal scenes, such as a field of dandelions, a recently vacated rodent’s nest, or the corner of a linoleum covered kitchen floor; places that a person may pass-up until Jacobs makes these incredible studies of disregarded nature.

Daniel Zeller’s intricate ink drawings oscillate between topographical studies and biological organisms. They are made up using a vocabulary of marks that Zeller has created and are entirely his own, but at the same time they reference elements of the natural world.

John O’Connor is fascinated with statistics and information. As an artist he is also interested in subverting his own aesthetic decisions with chance elements based on an underlying logic of facts. He begins each large-scale work on paper, generally done entirely in colored pencil and graphite, with a subject matter and data in mind. The work in this exhibition, “Nostradamus,” began with a Nostradamus prophecy predicting religious turmoil and wars. O’Connor “translated” the original French text and the English version into numerical data to be used as plotting points. Unlike Oulipo poets, he does not stick rigidly to an arbitrary system. Rather, he begins with a system and alters it as he works, according to chance. His works are ultimately visual fictions created using facts as a beginning point.

Jonathan Schipper’s work relates to notions of fact and fiction more poetically. For his piece, “Raining Blood,” in this exhibition he has taken a classical plaster figure of a Greek god, approximately 3 feet tall, cut him apart at the joints, and hard wired him to a machine that “plays” the Slayer song, “Raining Blood.” The song has been converted to a player piano reel so that the machine is activated according to the beat. The figure does not so much dance to the song as moves to its underlying logic.

In her video performances Kate Gilmore creates uncomfortable situations for herself and the viewer. These are real predicaments but ones that have been fabricated by the artist. Her work forces you to squirm and twist in strange empathetic reaction to her predicament. In the video included in this exhibition, “Every Girl Loves Pink,” Gilmore has placed herself in an impossible position from which she tries to escape. The entire video is based on this frustrated escape, in this case perhaps from the cultural stereotype that all girls love pink. Here she is trapped, in a jack-knife position with both her head and her feet up, at the bottom of a triangular shaped wooden box which is filled with crumpled pink paper. She must first free herself from all of the pink and then attempt to lift herself up and out.

William Lamson’s videos in this exhibition are from a series called “Flight” (“Joshua Tree” and “Monument Valley”). In these works Lamson creates a series of engagingly ridiculous flight tests using a jumbo-sized paper airplane and what resembles a giant slingshot that he has constructed. Wearing a white jumpsuit he sets up a variety of launch sites, the rubber sling shot positioned between over sized and breathtaking rock formations (Joshua Tree), or at the end of a long butte (Monument Valley). The real world passes by in the distance, in the form of miniature cars occasionally moving along a local road, while Lamson valiantly attempts to make his paper airplane fly.