The People and Things of Onomatopoeia: Part 2 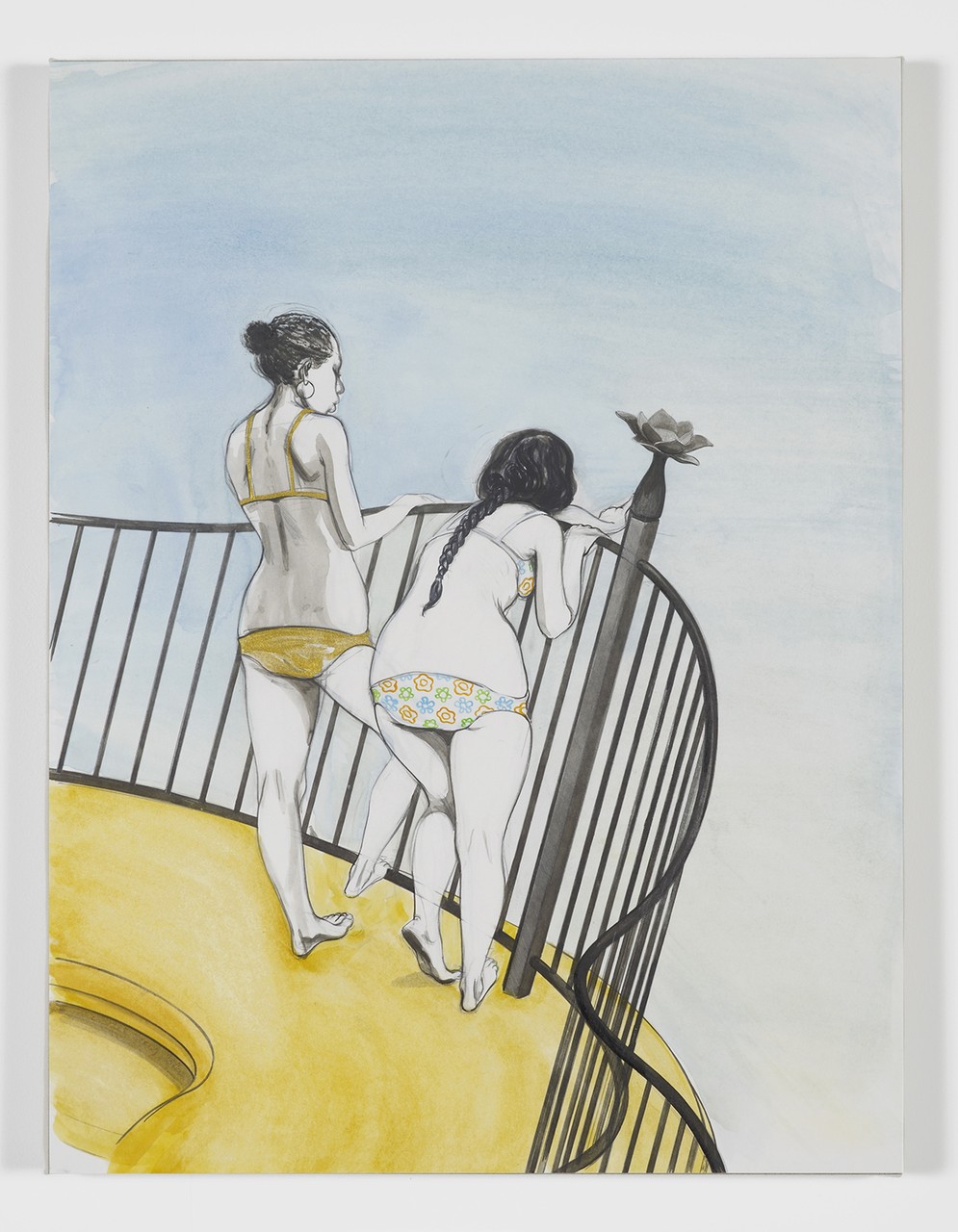 Charles Avery, Untitled (Two girls on balcony), 2016
I am often asked what the islanders believe, in relation to A or B, but they’re a cosmopolitan bunch with widely ranging views, so this is a difficult question to answer.

If there is a consensus, however, it is of a rational bent. They prefer to argue the possibility of ultimate truth or otherwise through the medium of the many philosophical salons that occur in the warmth of the bars and clubs of Onomatopoeia: the island’s capital city. Rather this than venture into the vast, inhospitable and subjective wilderness that falls way beyond the city walls, in search of it.

In the participation of the ‘Eternal Dialectic’—as these meetings are collectively known—they are avid, for they are much more interested in the texture of propositions than the proof, and in drinking. – Charles Avery

Pilar Corrias Gallery is pleased to present The People and Things of Onomatopoeia: Part 2—the latest installment of Charles Avery’s epic project, 'The Islanders'.

Since 2005, Avery has devoted his practice to the depiction of a fictional island with its own population, customs, cosmology, and architecture, expressed through the form of large-scale drawings, sculptures, installations, texts, and moving image.

Avery’s fourth solo exhibition at the gallery brings together new drawings—including a huge vista of the inner circle of Onomatopoeia Zoo—portraits, furniture, jewellery, posters, and bibelots, giving an insight into The Islander’s culture.