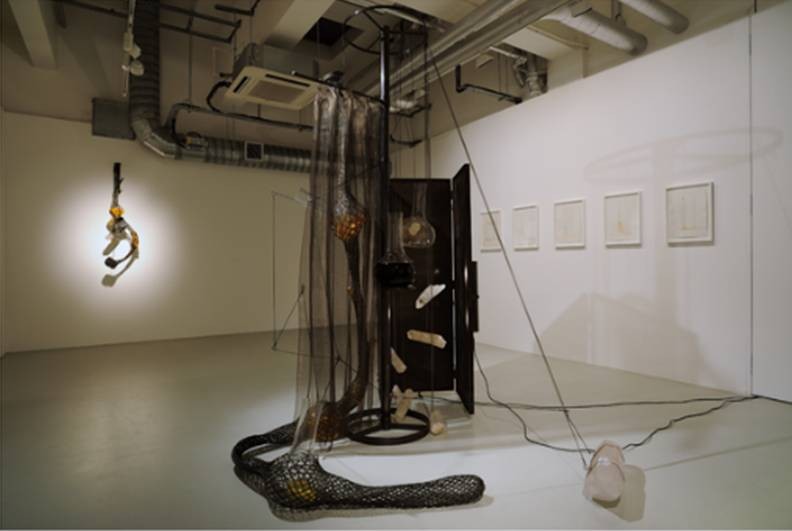 Pilar Corrias is delighted to announce Magma: an exhibition of new works by Tunga, his first with the gallery.

One of the most influential artists of his generation, Tunga (b. Palmares, Brazil 1952) lives and works in Rio de Janeiro. Tunga’s extraordinary practice encompasses sculpture, performance, poetry and video. For over thirty years he has created an integrated body of work characterized by an associative interplay of mirroring and self-reference between individual pieces. Derived from his own constructed mythology Tunga creates installations and sculptures that seem to recall the ancient ritualistic practices of some lost civilization.

For his first exhibition with the gallery, Tunga has created a series of meticulously constructed sculptural assemblages deploying the symbolic materials central to his sculptural vocabulary. Held together by magnetic force fields alchemic assemblages of talismanic objects sensually evoke the delicate equilibrium between life and death.

Fusing lead, glass goblets, steel braiding, crystals, and bodily fluids this series of Untitled works form the latest manifestation of Tunga’s symbolic universe in which the harmonious and the subversive coexist.