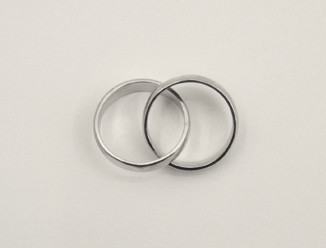 Galeria Plan B is pleased to announce the first personal exhibition in Germany of Romanian artist Cristi Pogacean (born 1980, lives and works in Targu-Mures, Romania).
The solo exhibition of Cristi Pogacean at Plan B Berlin gathers works created during a period of over ten years mapping various forms of questioning today's political and cultural systems of knowledge.
After representing Romania at the 52nd Venice Biennial in 2007 (in the group exhibition Low-Budget Monuments, curated by Mihnea Mircan), Cristi Pogacean has withdrawn from the art scene until recently.
Having come back last year, Cristi Pogacean’s exhibited practice followed a long process of reflection and elaboration outside the conventions of the white-cube.
Using easily recognizable images and symbols which were appropriated from popular culture, history, and art, Pogacean interrogates and criticizes the relevant social structures. The references are selected through a process of investigating contemporary events. The seductive images he creates infiltrate the public’s mind, with the aim of undermining conventional knowledge systems, by means of argumentative dialectics. Cristi Pogacean sees himself as a detached observer of contemporary culture. This strategic position allows him to objectively draw attention to notions of universal preconceived knowledge, dictated by an education based on inherited ideas and not on critical thinking.
Cristi Pogacean creates an “art for the masses” that appeals to a shared consciousness – a stereotypical one which is performed and constructed through conventional notions of commemoration and glorification.
Taking an ironic stance towards the aesthetics of monumentality, his works are powerful and imposing, both on account of their alluring aesthetic qualities and their earnest appeal to collective mindsets.
Pogacean’s objects find a perfect balance between the apparent seductive disclosure and the complexity and gravity of the subjects he deals with. Understanding the modern man and using his propensity to absorb information, Pogacean infiltrates, through slight adjustments of canonical symbols, details that have the role of activating a process of self-reflection and self-awareness in an individual’s consciousness.
Therefore, this self-awareness, once activated, has the power to react every time it encounters these symbols in their conventional context.
Pogacean polishes universal, essential topics, addressing through them the innermost feelings of an individual and, at the same time, he translates personal histories into a generally available dogma. In this shift from private to public and back, his practice becomes a-spatial and atemporal, gaining a critical approach over an imposed general mythology.
Cristi Pogacean is co-founder of the Supernova group together with Istvan Laszlo and Ciprian Muresan (Cluj, 2002-2004).
His previous exhibitions include: European Travellers: Art From Cluj Today, Mucsarnok Kunsthalle, Budapest, 2012; LowBudget Monuments in the Romanian Pavilion at the 52nd International Art Exhibition of the Venice Biennale; Passion for Art, Essl Museum, Klosterneuburg, 2007; Dada East? The Romanians of Cabaret Voltaire, Cabaret Voltaire, Zürich, 2006; Cluj Connection, Haunch of Venison, Zürich, 2006; On Difference #1, Württembergischer Kunstverein, Stuttgart, 2005.
www.plan-b.ro