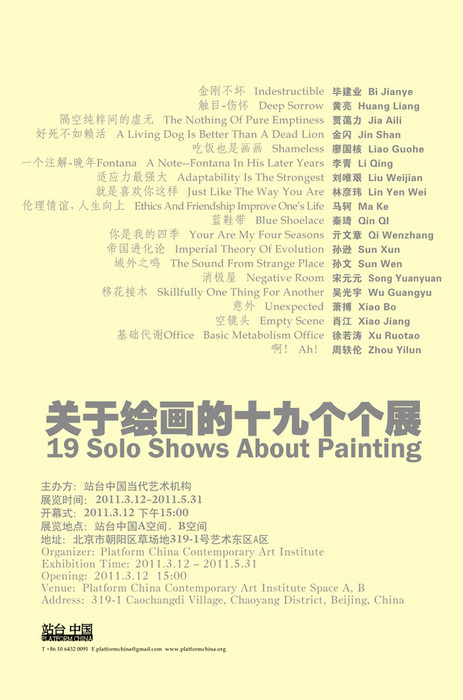 This is Platform China Contemporary Art Institute’s first annual exhibition project. The show features 19 solo shows of artists whose artistic medium is painting. Every artist will complete and display his invidual work in his individual space. Each show will have its own title, theme and the artist’s curatorial and personal individual statement. This project thus is an exhibition persenting 19 individual language systems.