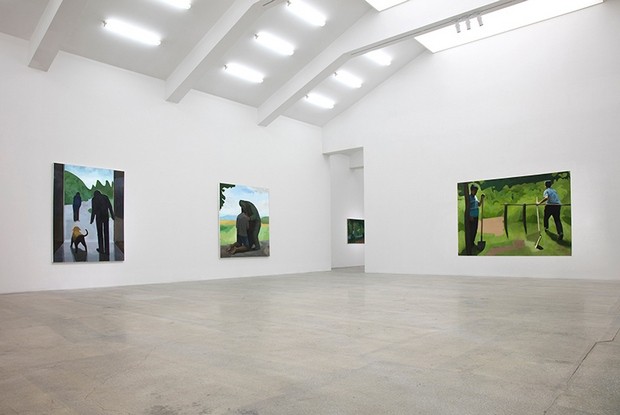 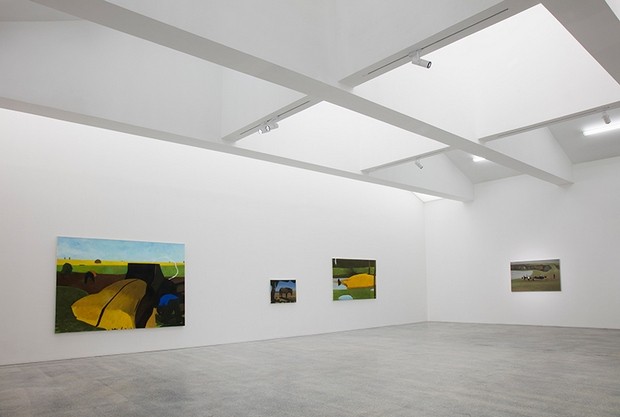 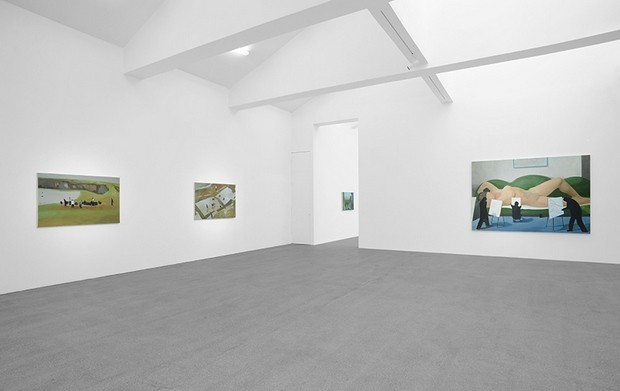 Strange Guest is the title of a new painting by Tang Dayao. It depicts an everyday scene from his memory and experience: last year, he returned to his hometown in Hunan Province for the Spring Festival holiday. One day, he saw a person in rags standing at the gate. The dog in the courtyard began to bark, and Tang’s brother, out of habit, came out to scold the dog. This ordinary scene rekindled a memory from his childhood. He remembered that when he was young, his home was always quiet. He yearned for activity, and hoped a guest would come. Later, when he went to Guangzhou to study, he grew accustomed to the solitary life. At this moment, the picture fixes a moment that is at once familiar and strange as he attempts to draw the psychological imagery and experiential perception of “living elsewhere” into his painting practice.

In the past, Tang Dayao’s vision was mainly focused on the European system of contemporary painting. It is not difficult to find the traces of such artists as Luc Tuymans in his works. In the past two years, however, he has returned to the history of painting, where he has reexamined and rediscovered the subtle modeling techniques and cognitive structures in the works of such classical artists as Diego Velazquez, Gustave Courbet, Édouard Manet and Paul Cézanne. Meanwhile, he has replaced knowledge with his own living and psychological experiences as the root and impetus of his painting. Almost all of his image motifs are rooted in his life and memories, except that as he depicts them, he references and draws from certain “little known” or overlooked techniques and methods from art history. In this new series of paintings, the picture is simplified and concise as in the past, but the visual structure, formal relationships and layering of brushstrokes and colors appear richer and more vibrant than before. For him, these techniques are themselves a way of awareness, pondering and perception of these experiences and the self. As is the case with Strange Guest, what Tang Dayao truly wishes to convey is a psychological distance between the gaze and experience. For the artist, the truth is not necessarily the image, but this inner interval.
www.platformchina.org