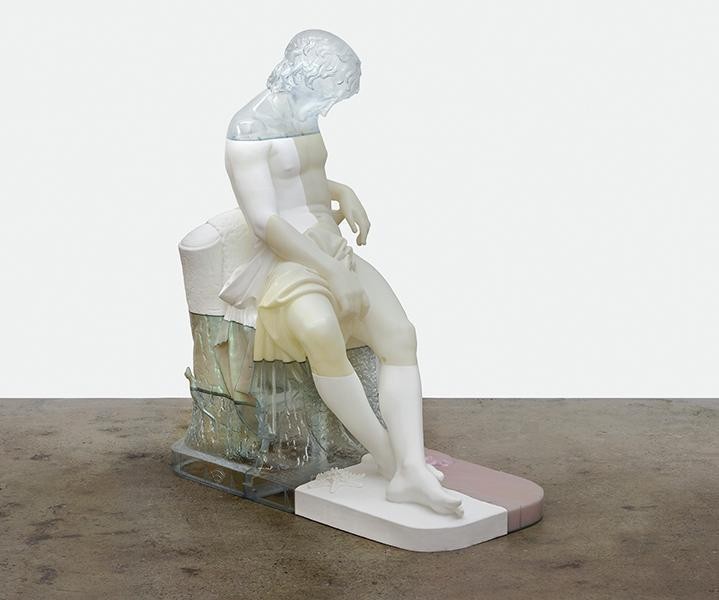 “All power,” writes Michel Foucault, “only ever rests on the contingency and fragility of a history.” The development of archaeology as the “science of beginnings” in the early 19th century testifies to an imaginary of origins that accompanied the creation of the European nation-state. The Antiquity that had served Renaissance humanism as its interlocutor became the object of a culture of heritage and a narrative of civilisation. Testimony to this is the idea of the universal museum and the collections of casts intended to extend knowledge even as they delimited the confines of art. If this “Western heritage” has today been brought into question by postcolonial critique, the myths of the past endure, shifted, reformulated and sometimes revitalized in a globalised world.

“Anarchaeology” is a word coined by Michel Foucault when, in his lectures at the Collège de France in the late 1970s, he extended his Archaeology of Knowledge in a more subversive direction, imagining an anarchy of knowledge, the possibility of investigating all regimes of truth on the same basis. With this word, he sought above all to argue "the non-necessity of power as the principle of intelligibility of knowledge itself." In other words, to de-link knowledge and position of power.

The different artistic projects assembled in this exhibition are all concerned in one way or another with archaeology itself. They assume the erosion of certainties, engaging hearing and vision in meditations on different truths. The abolition of time and space effected by the digital anachronistically marshals together on the same plane both the most contemporary of technologies and ancient gesture.

Oliver Laric investigates the 19th-century beginnings of three-dimensional photography and the institutional imaginary of the museum as a fiction derived from the premise of a global culture. Maria Taniguchi makes paintings, videos and objects that, in abstract fashion, explore different timescales. Christodoulos Panayiotou reflects on the value systems involved in archaeological practice and the possibility of their subversion. Jumana Manna is interested in ideological uses of the origin, offering a meditation on the construction of identity that touches on questions of gender and history, while Ali Cherri investigates the archaeological acts of excavation and conservation under the aspect of timeless funerary practices. Amina Menia considers the invisibility of remains of the past as a reflection of the taboo on re-opening colonial history. Umashankar and the Earchaeologists – consisting of Lawrence Abou Hamdan, Nida Ghouse and acoustician Umashankar Panthravadi – explore the acoustic culture of Antiquity, examining the “un-thought” of colonial archaeology. Christoph Keller, finally, suspends historical narrative in a floating space-time inspired by the example of the oral history of the Yanomami people of Amazonia.
www.centrepompidou.fr