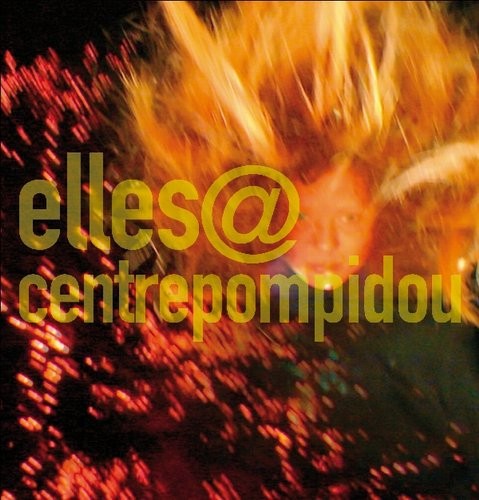 For the first time in the world, a museum will be displaying the feminine side of its own collections. This new presentation of the Centre Pompidou's collections will be entirely given over to the women artists from the 20th century to the present day.

elles@centrepompidou is the third thematic exhibition of the National Modern Art Museum's collections, following Big Bang in 2005 and the Mouvement des Images (Image Movements) in 2006-2007.

Key figures such as Sonia Delaunay, Frida Kahlo, Dorothea Tanning, Joan Mitchell and Maria-Elena Vieira da Silva rub shoulders with today's great female creators some of whom, including Sophie Calle, Annette Messager and Louise Bourgeois have been featured recently in monographic exhibitions at the Centre Pompidou.

The programming cuts across disciplines to take a deeper look at the place occupied by women in the culture of the last century, from literature to history of thought, from dance to cinema.


The show is hung in chronological order by themes. It brings together a selection of over 500 works by more than 200 artists, from the beginning of the 20th century up to the present day.

Body slogan
Level 4. Precocious and inventive in photography and video, women artists have lately transformed the art of drawing, revitalising the very notion of body. ORLAN, Atsuko Tanaka and Ana Mendieta worked on the representation of the body and its stereotypes, notably that of the life drawing genre, as well as ways of staging it in their early performances.

The Activist Body
Level 4. Women artists played a key role in redefining visual and theoretical categories, and explored and commented on ways of bridging the abstract and the figurative, the organic and the systematic, the conceptual and the sensual. Typical among these was Louise Bourgeois, Agnes Martin, Vera Molnar, Valérie Jouve, Hanne Darboven.

A room of One's Own
Level 4.Borrowing Virginia Wool's title of her book dealing with questions about the conditions of art production, this part of the exhibition is gathering the works of artists exploring the notion of private space, weaving new connections between mental projections and exhibition space. Here we find Dorothea Tanning, Tatiana Trouvé, Charlotte Perriand, Sophie Calle.

Wordworks
Level 4. From story-telling to listing, through autobiography, quotations, legends and the many facets of the artist's book, creative women like Jenny Holzer, Barbara Kruger, Natacha Lesueur, Cristina Iglesias, Eija-Liisa Ahtila explore the various uses of language in art. Concept Art, urban myths, appropriation and post-modernism all use words as a medium while video installations redefine the idea of story-telling.

Immaterials
Level 4. Matali Crasset, Alisa Andrasek, Tacita Dean, Louise Campbell, Isa Genzken, Nancy Wilson-Pajic, Geneviève Asse and more leave us with one of the most striking characteristics of contemporary art, namely its disembodiment. The title refers back to one of the Centre Pompidou's cult exhibitions, "Les immatériaux" (Immaterials).
www.centrepompidou.fr