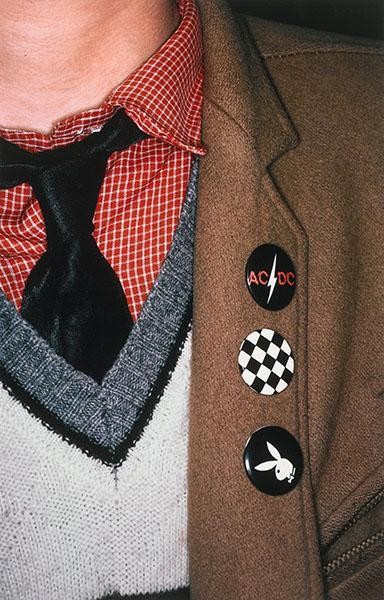 The current exhibition of photographs and films at the Centre Pompidou returns to the 1980s with around sixty works by more than twenty artists, from Karen Knorr to Jean-Paul Goude and from Unglee to Présence Panchounette, taking in Pierre et Gilles, Martin Parr and Helen Carrey on the way.

Multiple, elusive, painful, capricious, as lightminded as they were serious, and still too near, the Eighties – taken to be the apogee of postmodernism – are heterogeneous and paradoxical. In France, it was a crucial decade for photography, both as artistically and institutionally. Major photographic institutions and collections were either established or discovered new energy, and at the same time there emerged a generation that sought to abolish the opposition between painting and photography, photographer-painters who rejected the formal language of their predecessors.

This photography, often highly “pictorialist” in the West, developed forms closely tied to technical progress in the medium – the availability of good quality colour photography, the possibilities of large formats, the instantaneity of Polaroid. The encounter between these new means of photographic production and the quest for subjects and forms different from those of tradition led to another paradox: overtly anti-documentary works so closely accorded with the reality from which they derived that they turned out to be its most faithful representation.

The works selected for the most part offer a critique of culture and society, adopting a range of strategies: irony, realistic or fantastical staging, pastiche, reinterpretation, celebration of artifice... Like photography, film too turned to the characteristic topics and objects of criticism of the art scene of the day, whose distinctive topoi the exhibition seeks to isolate: theatricality and superficiality of social presence, compulsory consumption, the narcissistic focus on the “I”, the exhaustion of modernist culture.

Devoted in part to the American and more generally to the Western scene in the 1980s, well represented in the Centre Pompidou’s collection, the exhibition reflects the geopolitical and economic order of a period whose ideological divisions between North and South, East and West, capitalist democracies and centralised totalitarian regimes, would be swept away by the advent of the globalised economy. Mixing well-known works with others worthy of more attention, the exhibition draws us into the atmosphere, the aesthetics and on occasion the popular iconography of that time and that world.