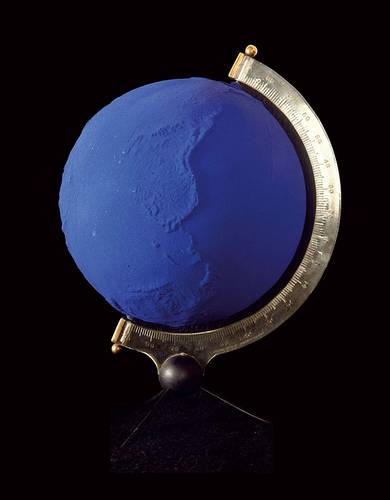 This renowned artist is famous for his IKB blue (International Klein Blue) and his monochrome works, but his work has yet to be discovered: Performances featuring conceptual art, architectural projects, sound works, ballet choreography, film sets, major written works... Yves Klein thinks and acts without limits, endlessly expressing his effervescent contemplation on the role of the artist, whose raison d'être cannot be boiled down to the mere act of "producing" but encompasses all fields of expression. The exhibition is designed as an initiation trail through a proteiform work of art, guided by the words of Yves Klein himself and organised into three chapters: impregnation, illumination of matter and incarnation, three key elements of his work which he associates with three colours: blue, gold and pink. There is also an introduction to the "Body, colour, immaterial" exhibition that enables the uninitiated to get acquainted with Yves Klein's physical and day-to-day commitment to his work.