In Lieu Of What Was 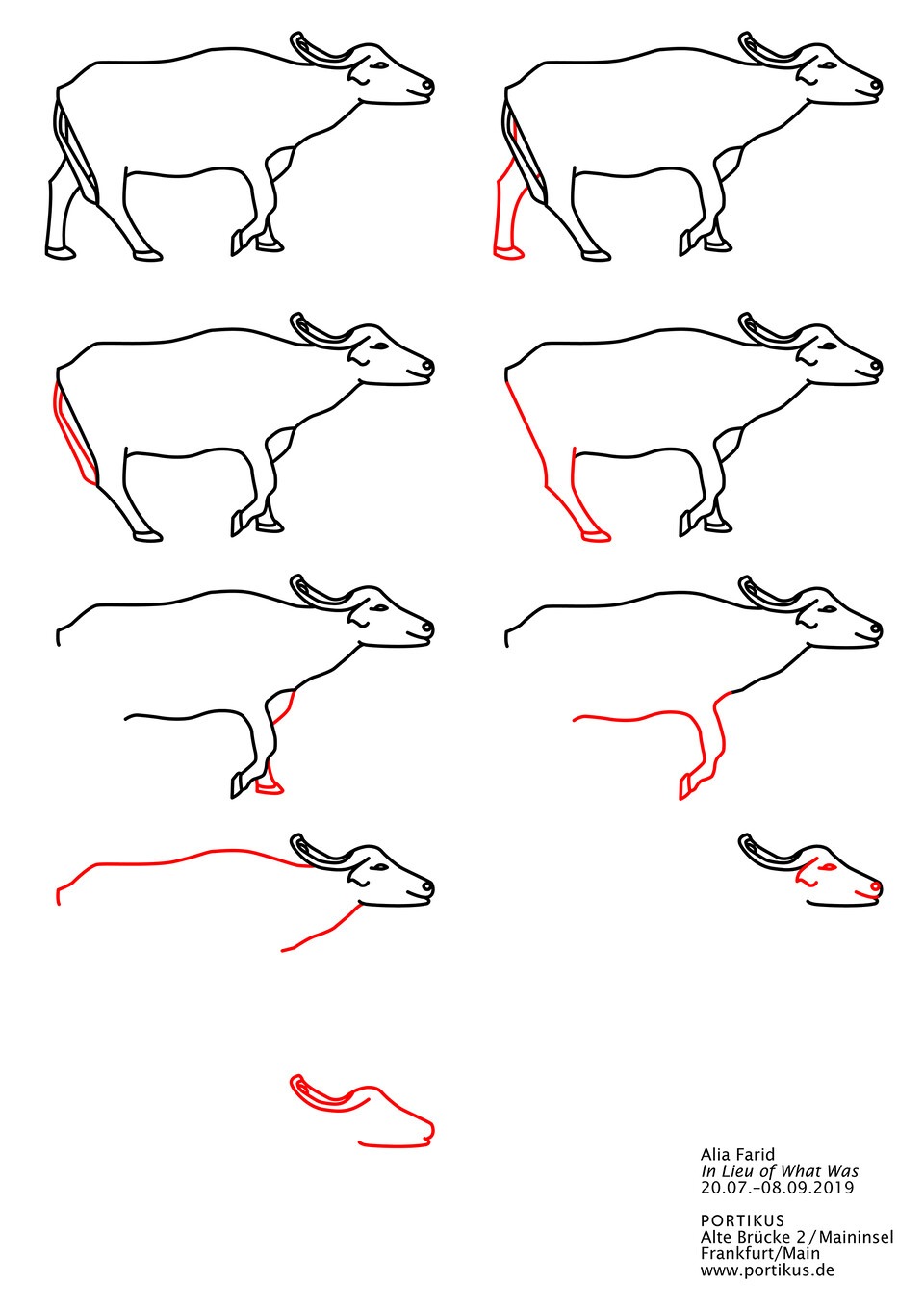 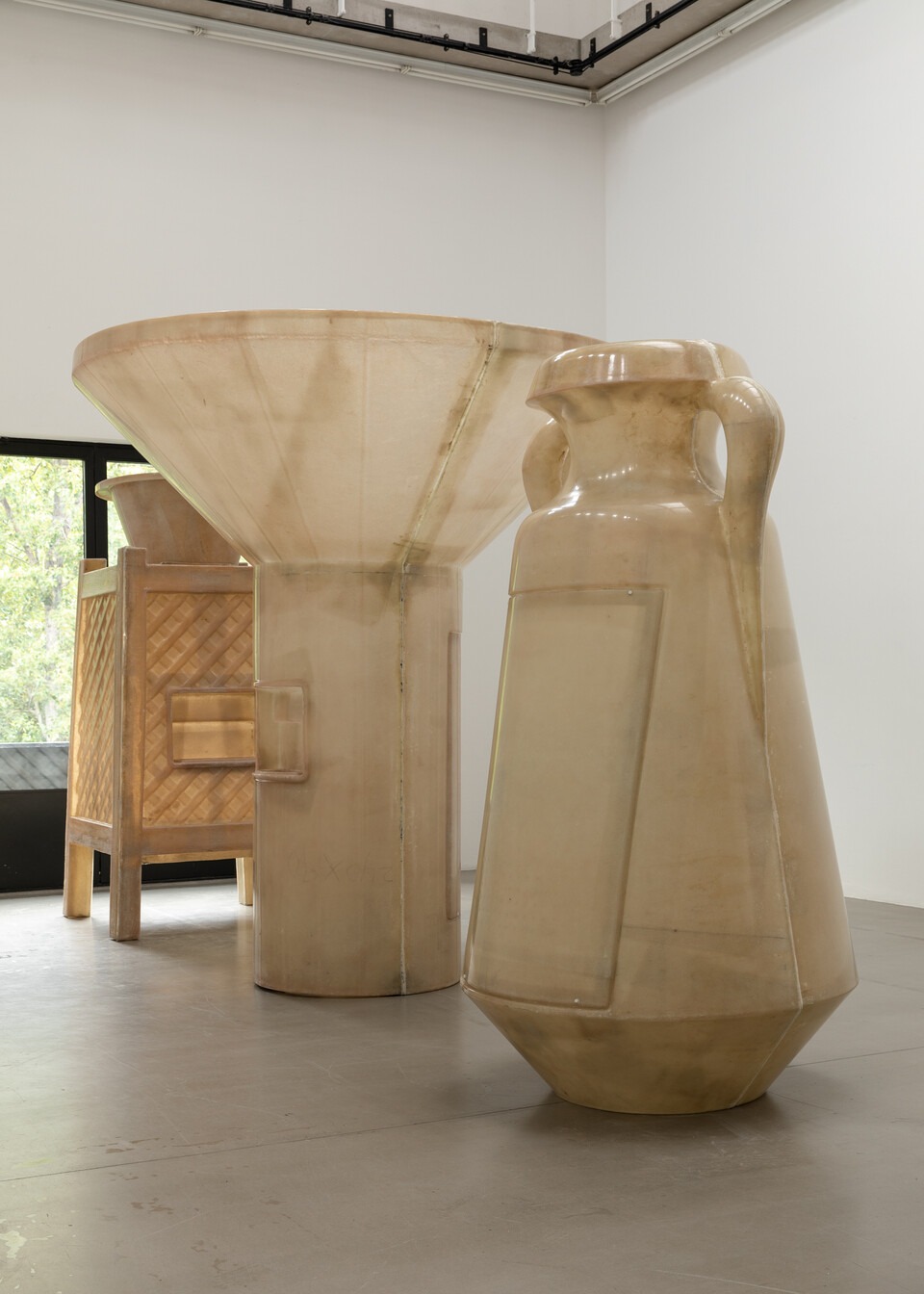 Work by Alia Farid. Photo: Diana Pfammatter
ALIA FARID
In Lieu of What Was
20 July – 8 September 2019

Portikus is pleased to present In Lieu of What Was, an exhibition by the Kuwaiti-Puerto Rican artist Alia Farid (b.1985).

Visitors to the space will encounter a series of sculptures cast from molds used to fabricate the public drinking fountains that have become a distinctive aspect of the urban landscape of the Arabian Gulf. The fountains (and, in turn, Farid’s sculptures) follow the forms of various vessels that have been used to carry and store water, from a traditional clay pot to the now-ubiquitous plastic bottle. The vessels were chosen by the artist in thinking about one’s relationship to water in the desert, and the shifting ideas surrounding its scarcity that have accompanied the development of the oil-centered industry.

The exhibition is the starting point of a long-term investigation between Portikus and Staedelschule that examines life in the Anthropocene and the economic determinants for the exploitation of natural resources.

Fed by desalination plants, the drinking fountains function as contemporary stand-ins to village wells and other communal water sources, and as a tokenistic remembrance of the past. As a whole, In Lieu of What Was considers the use of water as a political tool throughout the region; for example, its role in the draining of the marshlands of Southern Iraq, the conservation and management of the Tigris and Euphrates Rivers across national borders, and the controlled retention of water from people and animals as a form of forced deportation.

Through this spatial installation, Farid connects history, economic development, and material culture in a subtle yet compelling visualization of the ecological crisis in the Arabian Gulf and its relentless demands on nature.

Alia Farid lives and works in Kuwait and Puerto Rico, both countries that she is from and whose complex colonial histories she reveals through drawings, objects, spatial installations, and film. She has a Bachelor of Fine Arts from La Escuela de Artes Plásticas de Puerto Rico (San Juan), a Master of Science in Visual Studies from the Visual Arts Program at MIT (Cambridge, MA), and a Master of Arts in Museum Studies and Critical Theory from the Programa d’Estudis Independents at MACBA (Barcelona). Recent and upcoming group shows include participation in Sharjah Biennial 14, the 2nd Lahore Biennale, and Theater of Operations: The Gulf Wars 1991–2011 at MoMA PS1. Recent and upcoming solo exhibitions include Galerie Imane Farès (Paris), Witte de With (Rotterdam), and Swiss Institute (New York).
www.portikus.de