The Mammal and the Sap 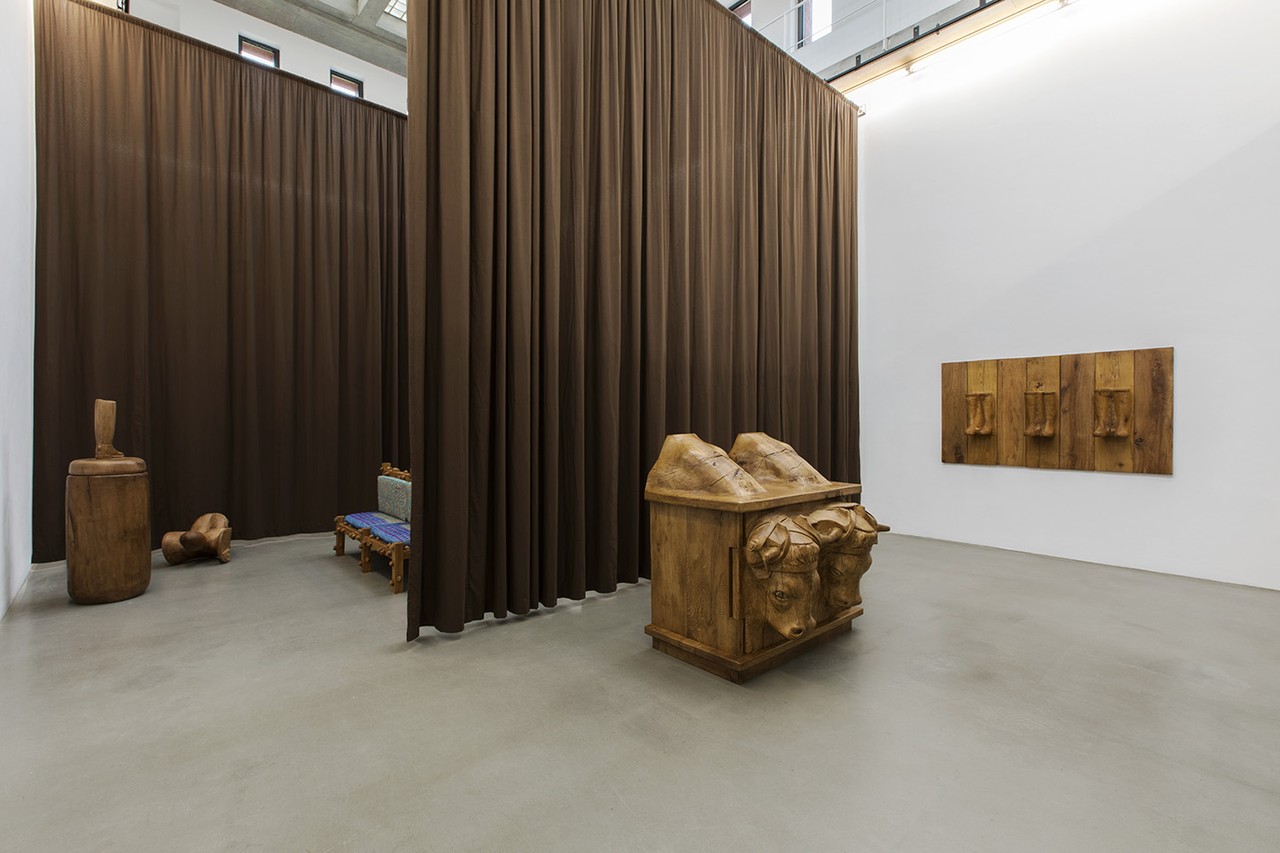 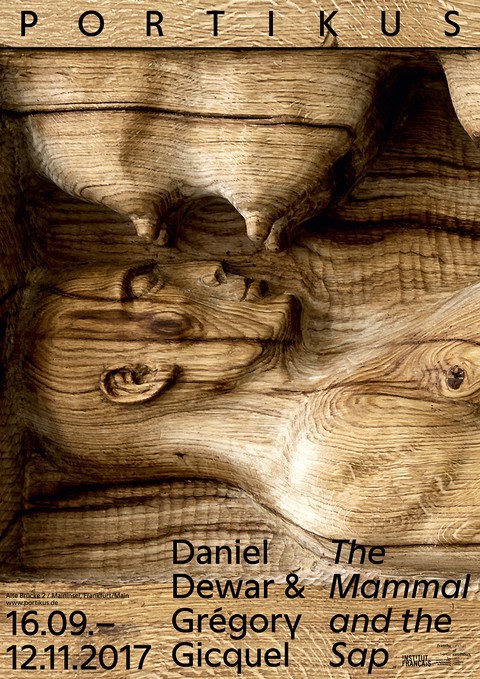 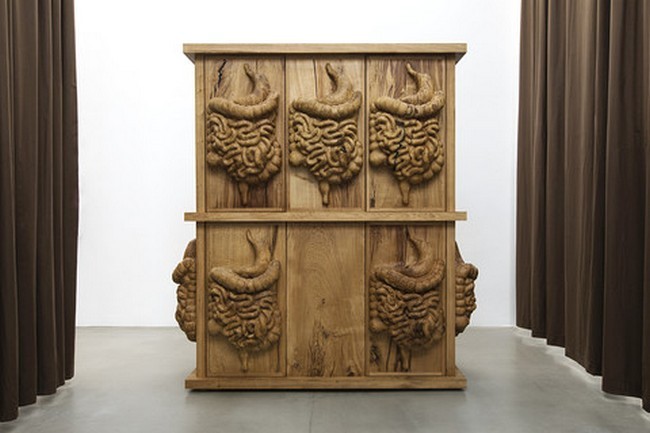 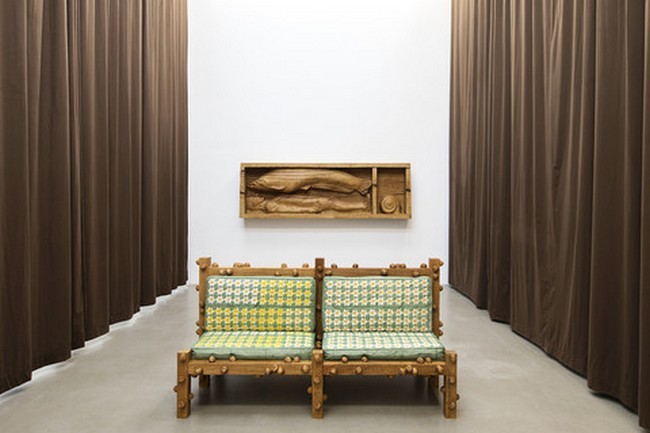 Portikus is pleased to present The Mammal and the Sap, the first institutional solo exhibition by the artist duo Daniel Dewar & Grégory Gicquel in Germany. The artists, who live in Brussels and Paris, met at the art academy in Rennes, France and have been working together since 1997. Within their oeuvre, which has emerged over the past few years, they deal with traditional, handcrafted techniques in addition to their interest in classical sculpture. The artists are always concerned with manufacturing processes originating in different crafts, but that have become less and less visible in the course of technical automation. Dewar and Gicquel taught themselves various skills that are considered traditional, but do not necessarily employ the original techniques of the craft in the artistic production of their various works. In lengthy and complex stages, over recent years they have produced works in clay, high-fired ceramics, carved stone, wood and woven or embroidered textile.

At Portikus, Daniel Dewar & Grégory Gicquel exclusively show works fashioned from the wood of oak and plane trees. In addition to freestanding works, a series of wall reliefs carved out of massive blocks of oak are exhibited. Every work is preceded by a long process of discovery and planning. A digital model and a one-to-one sample in clay are produced before they start to carve the actual material. Each piece is made by hand, and with the assistance of mechanical or digital machinery.

The exhibition title, The Mammal and the Sap, refers to the choice of subjects for each individual work; the mammal as humankind, but also as the animal and, in this sense, the connections between the two, as well. The sap in the exhibition title refers here primarily to the life juices flowing through humans, animals and plants; the energy within us and everything. The sap once flowed through the wood that is now in the show, The Mammal and the Sap could also be read as the primitive relation between the sculptor and the material. One might also consider zoophiles, humans who are sexually attracted to animals. Historically also known as sodomy, the deviation from the social norm was first examined in the late nineteenth century, but can be traced as a documented phenomenon back to the Bronze Age. From cave paintings to early relief depictions in northern India to Japanese color woodcuts, there are numerous references to it in image production.

Oak mural with man, udders and vase (2017) is a wooden relief showing a recumbent male figure lying naked under four udders. A pail, perhaps for milk, stands at the foot end of the figure. A wooden bench is covered with snails, which have been carefully milled from the wood and, as individual elements, appear delicate. The seat cushions are machine embroidered with daffodils, wild pansies and tiger moths. Oak dresser with harnessed oxen (2017), a chest decorated with two ox heads, shows the harnessed animals at work. Oak cabinet with organs (2017) also seems indestructible, although the stomach and intestines on this oversized bureau seem fragile, even vulnerable. The work, its sheer appearance, recalls brutalist concepts and sculptural construction.

Some of the works refer to simple, peasant furniture art, something that the artists repeatedly take up in their wooden sculptures. The reference to the rural, expressed in the raw nature of the material, is at the center of the work, which is characterized by a sometimes absurd choice of subjects. Through the creation of pastoral imitations, Dewar and Gicquel develop complex contemporary images. Oak mural with man, udders and vase forms an image that indicates the structure of narratives within the work. The same applies to the benches with their snails, flowers, and moths. The artists do not provide details about the story they are telling, but some associations can be made quite simply. For example, we might associate Oak mural with man, catfish and shell (2017) with the idea of skin. To that effect it is interesting to consider bäuerliche Malerei, or “peasant painting,” a craft of non-academic origin found in rural areas like the Alps of Europe. Architecture, furniture or fabrics were decorated with local plants, ornaments or traditional costumes and are a direct reference to the environment and the history of each family. It was one of the simplest ways to immortalize oneself and one’s household and an impressive way of preserving stories for future generations.

The Mammal and the Sap is an exhibition of a select group of works by Daniel Dewar & Grégory Gicquel. Set up three separate rooms, the exhibition architecture creates a course through Portikus while giving each work its own space. The presentation, however, contains contradictions in material, size and function. Coarse encroachments on the wood are contrasted by fine carving or embroidery. The exhibition turns into a study room in which the handling of both human and nature, craft and sculptural approach are revealed.

With the kind support of Bureau des arts plastiques / Institut français Germany, as part of Frankfurt in French - France Guest of Honour at the Frankfurt Book Fair 2017.
www.portikus.de