Cloudy With A Chance Of Coconuts 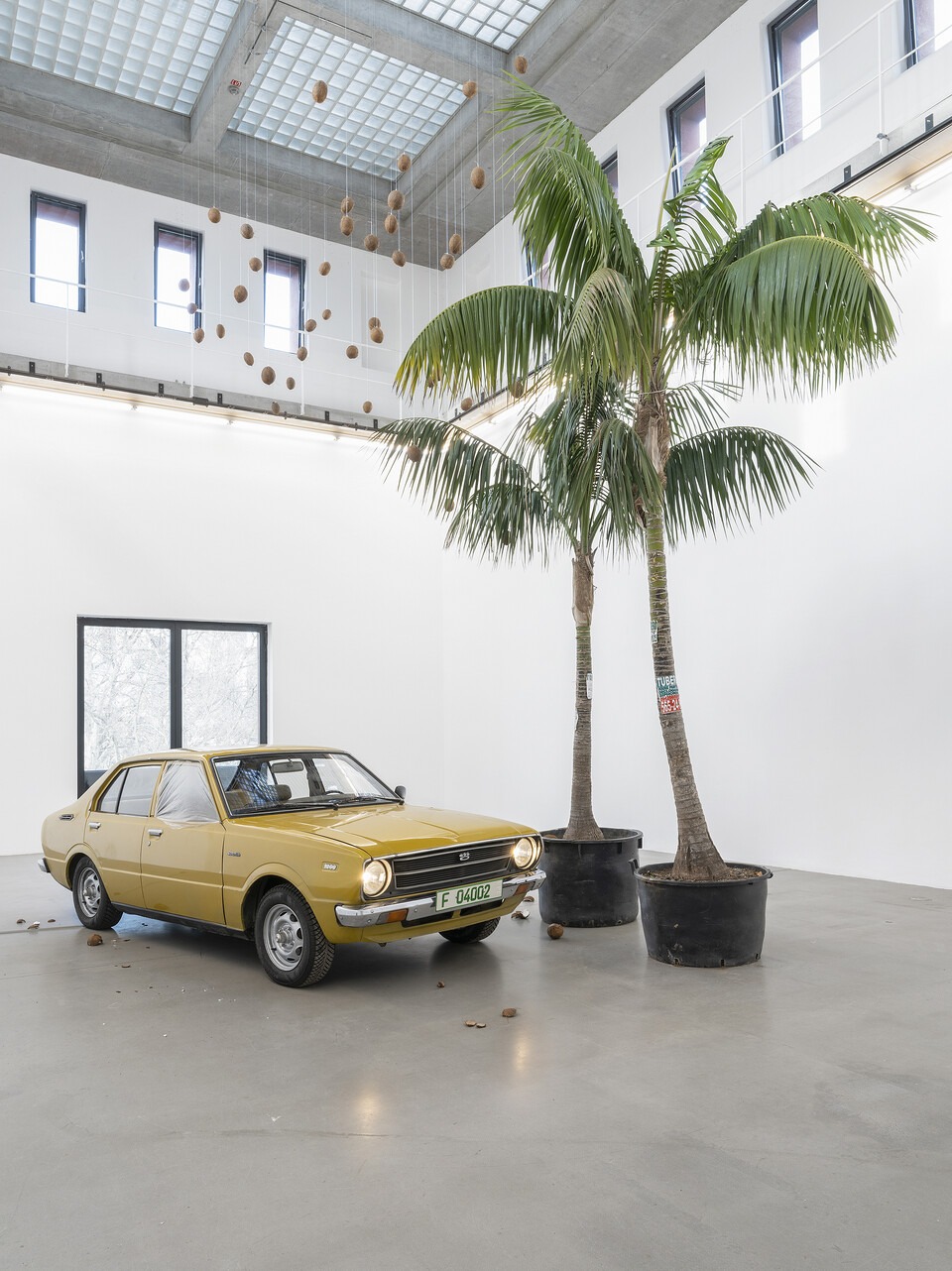 Portikus is proud to present Cloudy with a Chance of Coconuts, a collaborative installation by Filipino film and media artists Shireen Seno (*1983) and John Torres (*1975).

In addition to their own work, Seno and Torres are founders of the Los Otros collective in Manila, a laboratory and platform for the production and support of investigations into the interface between film and art. Seno and Torres are also at the heart of another curatorial initiative, known as The Kalampag Tracking Agency, which is dedicated to support and dissemination of alternative and experimental practices in Philippine film production. Both platforms are characterized by exchange and an openness to other disciplines, artists, and an independence from the popular film industry.

Cloudy with a Chance of Coconuts will be the first joint presentation of the artists in Germany. For their exhibition at Portikus, Shireen Seno and John Torres will produce a film set that is as much autobiographic as it speaks to a general theme in the life of contemporary cultural producers: constantly travelling, their belongings are destined to stay at home or are left on the streets. What happens when, for example, you leave your car outside on the street in Manila, amongst the palm-trees, and a typhoon is on the horizon? Portikus becomes the scenery for the stories of these filmmakers and provides a film set-like environment that helps convey other confusing and magical stories. From time to time the set will also be transformed into to a cinema, in which the feature films described above will be screened.

In the past, photographer and filmmaker Shireen Seno has worked with renown Filipino director Lav Diaz. In her own work, she explores memory, history and images thereof, often in relation to the themes of home and childhood.

Big Boy (2012), her first feature film in lo-fi Super-8, tells the coming-of-age story of Julio, and his family’s many attempts to make him as physically tall as possible. Set in the 1950s on the Island of Mindoro, Seno’s portrayal of the past may be perceived as nostalgic, but it exposes the violence often hidden just below the surface in families pursuing the dream of a better life.

Her most recent feature, Nervous Translation (2018), tells the story of an introverted eight-year-old who cooks food using her miniature kitchen set, watches TV with her mother, and obsessively listens to cassettes recorded by her father, a migrant worker in Saudi Arabia. Seno empathetically captures the innocence and uncertainty of a child who doesn’t yet understand the at times unforgiving world by which her life is influenced.

The project A Child Dies, a Child Plays, a Woman is Born, a Woman Dies, a Bird Arrives, a Bird Flies Off (2018) is devoted to the migration of birds to and from the Philippines, but addresses migration in many forms and times. Birds are something of a role model for humans, finding new means of surviving in different terrains.

John Torres is a film director, producer and author known for his highly personal and poetic style. His films, which testify to a unique improvisational way of working, combine archive excerpts and found objects and images, and unfold narrative structures that often contain unmistakable autobiographical references which resist conventional images and genres. He adopts, for example, a “parasitic” film strategy that makes use of extant film productions as a point of departure, or positions himself on the periphery of film productions, collecting their sundry “surpluses”: scattering light, sound, props, furniture, scenic design and anything that lies outside the main set.

Lukas the Strange (2013) is a story of an awkward teenager coming to grips with his own initiation into manhood at the same time that a movie is being filmed in his neighborhood. Lukas had been told that his father was a tikbalang (half-horse, half-man). Soon enough, the boy’s body reddens, and he begins to wonder if he really is half beast.