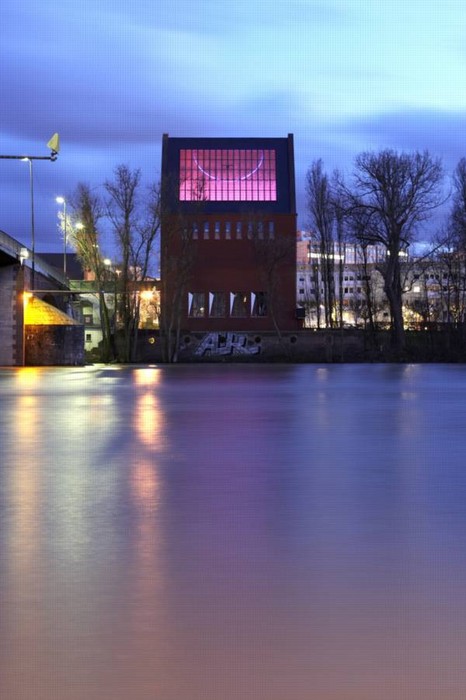 Olafur Eliasson's (born in 1967 in Copenhagen) project "light lab", extending over two years, consists of 12 different installations. Even before the actual move of Portikus into its new domicile, Eliasson presented the first work of the series - an arc of orange light ("light lab, test 1") in April 2006 - one month before the first exhibition was opened on May 5th displaying works of Marjetica Potrc and Tomas Saraceno. However, the work itself is invisible from the inside of the building - it is only after dawn and through the northern side of the roof, which is fully glazed, that it can be viewed. Currently, Eliasson is presenting a crescent ("light lab, test 8").

This work is rather a form of interaction with the architectural conditions of the new exhibition hall, which is utterly exposed floating over the river, than a singular piece of art. Eliasson reclaims the completely glazed truss in order to render it transparent and present at the same time.