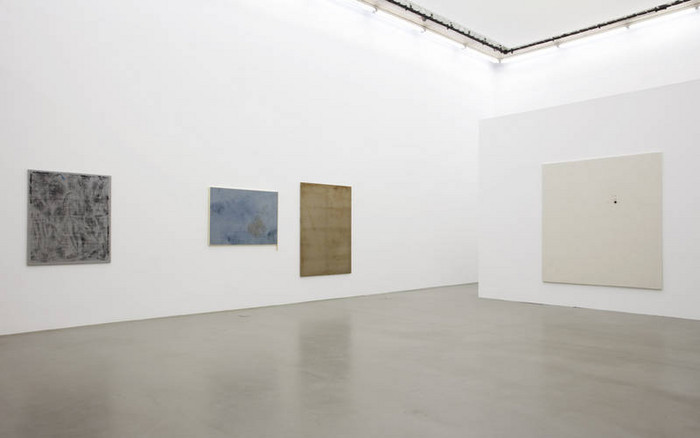 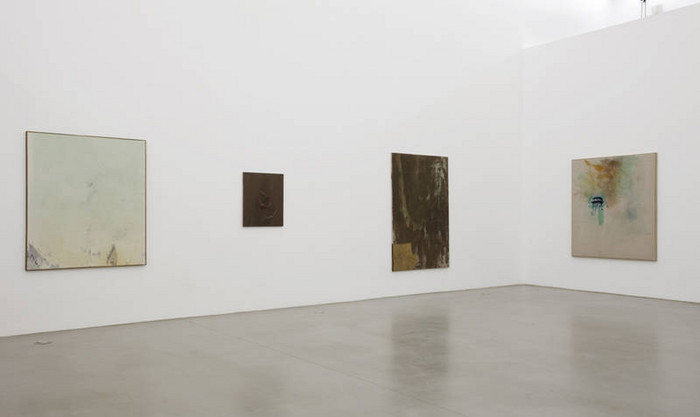 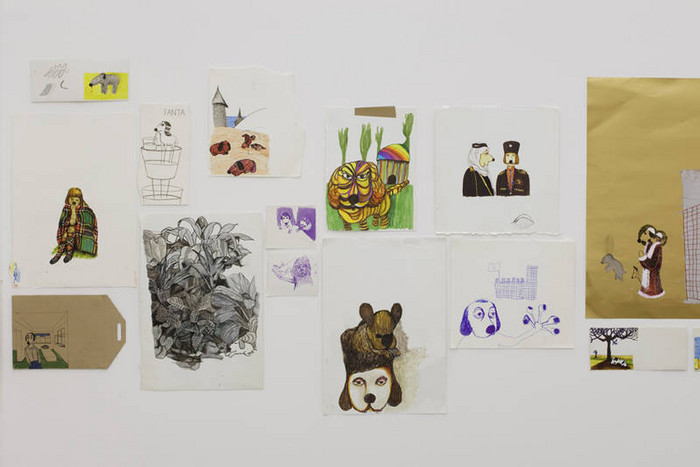 Sergej Jensen (b. 1973) is among the younger representatives of the contemporary generation of painters. His oeuvre includes paintings, music, performances, and installations; the paintings, mostly abstract compositions in large formats, take center stage. Jute, linen, and colorful fabrics now on standardized stretcher frames and now on frames he builds himself are the materials Sergej Jensen uses as textile support media. Yet they are more than mere grounds onto which a picture is applied, as is customarily the case in painting; instead, they become the work’s content in their own right as found traces of wear and use on the fabrics suddenly take on a painterly quality when the textiles are stretched, affixed, glued, or sown onto or into one another. Sergej Jensen uses pigments, diamond dust, nail polish, yarn, woolen threads, bleach, or the effects of exposure to the weather as painterly means. The way Jensen manipulates his pictures in a process that often takes months, even years, allows them to come into being almost as though of their own accord, as humidity and exposure to the sun, for instance, generate effects that are impossible to create with selected techniques or treatments. The organic materials the artist likes to use change over time—an aspect that is of central importance in Jensen’s oeuvre. The traces of transience become in his work a painterly gesture. His paintings are accordingly never pure and formalist expressions of artistic creativity, but always also autonomous organisms that develop partly in accordance with their own laws.
At Portikus, Sergej Jensen will subdivide the exhibition space. The front half of the room will be used to present a selection of new and existing paintings by the artist. A temporary wall in the back section of the room will create a cabinet-like area in which Jensen will present for the first time his dog drawings, an impressive collection he has created over an extended period of time, working on a great variety of support media. This collection has given the exhibition its title, Dog Show Painting Show.

On January 14, 2011 at 8pm, YE OLDE ROPE, featuring Oliver Husain, Claus Richter, and Sergej Jensen, will perform in a live concert in the exhibition. The three artists have been bandmates since 1998 and have appeared together in several countries.