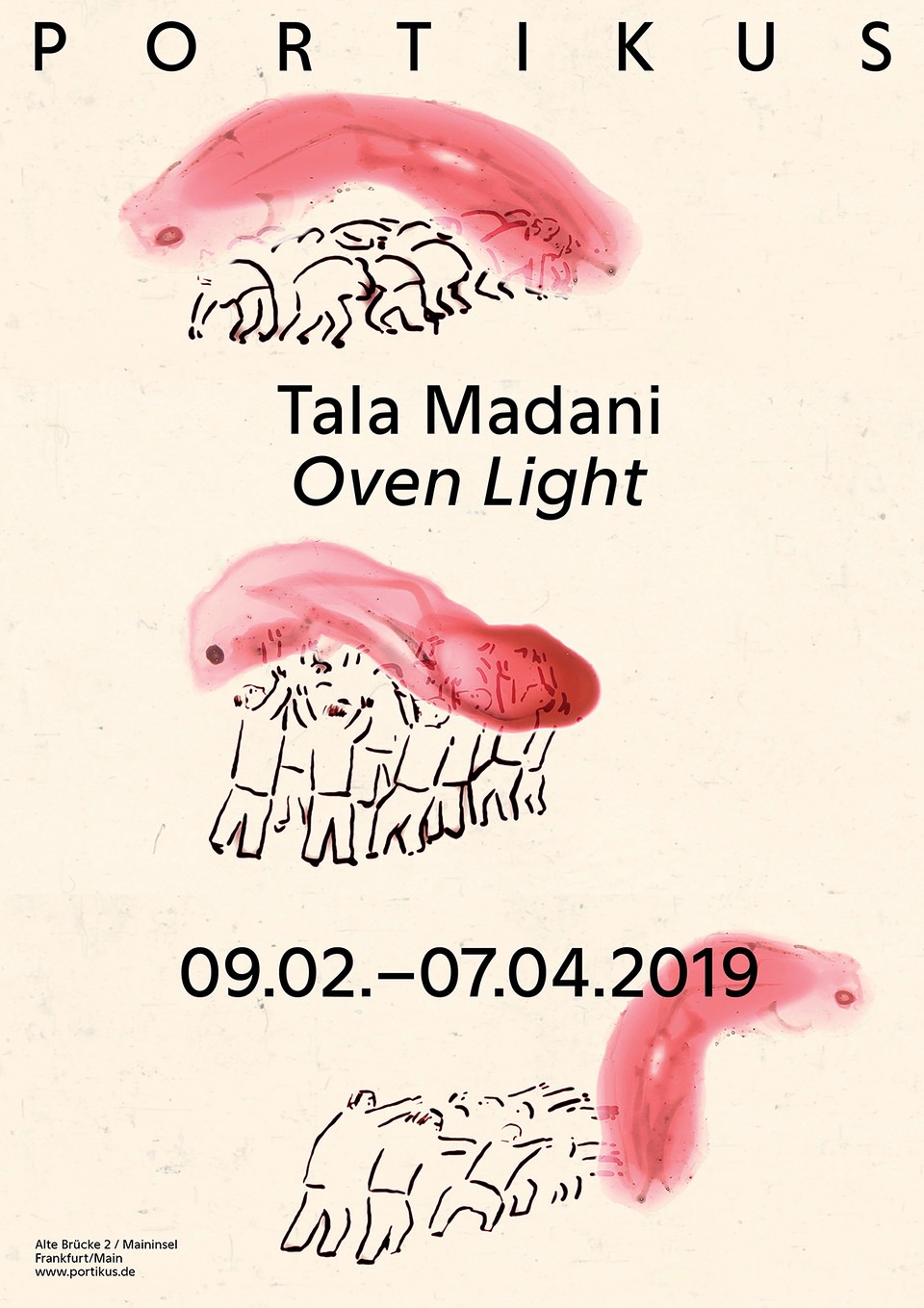 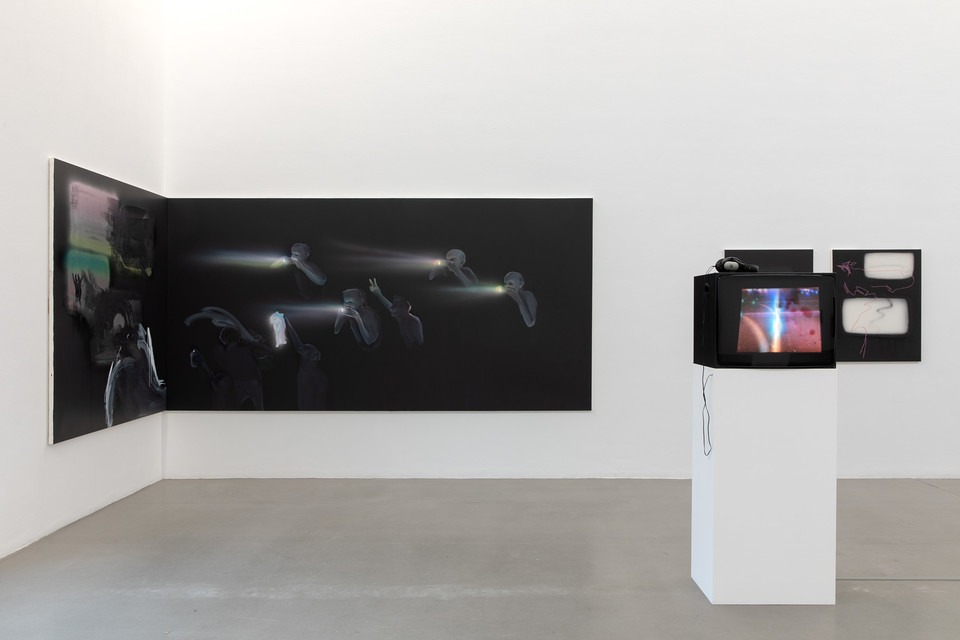 Portikus is pleased to present Oven Light, a solo exhibition by Tehran-born, Los Angeles-based artist Tala Madani. With the focus on a new series of paintings and animations, the exhibition is Madani’s first institutional show in Germany.

In her works, Madani utilizes the depiction of everyday sources of light, including stovepipes, projectors and flashlights, as a motif that draws attention to light itself as a medium – projected, brilliant and radiant – and what its sweeping gaze might reveal. They bring to mind associations like classical painting techniques or the play of light in cinematography as real and painted projections of light on the canvas seem magically produced.

Composed of lit and non-lit areas, light and dark are often the only elements within the works that create a sense of space. They are both compositionally functional and communicate a personal narrative. The characters in the works, many of whom are presented against dark backgrounds, display a similarly naive and childlike curiosity: through tableaus of shadow play, bunny ears and magic tricks, Madani explores of light and its qualities.

Madani’s paintings and animations chronicle primal human behaviors: their narratives never seem invented, but rather portray basic emotions such as curiosity, enthusiasm, violence or lust. They negate the conventions of representation and at the same time reveal its socio-political norms: power games, patriarchal structures and image politics are exposed through depictions of human desire, effects from gory splatter films and the works’ innate sexualized physicality.

In the artist’s terms, light reveals our supposed dark sides, and draws out tensions within childish expressions, violent fantasies and animal instincts. In the dark animations, behaviors that might be considered socially acceptable are exaggerated, to the point where the figures in the works can—or even must—succumb to their most base proclivities. They become pack animals, and man, along with his biological function, turns into a submissive body. The figures repeatedly attempt to fool themselves, whether it be through succumbing to their own desires or via the mindless enjoyment of seemingly simple visual triggers.

In this way, the oven, as a recurring motif, becomes the representative light source of the domestic environment, and consequently the trap of an unfulfilled promise of enlightenment. The naked figures lean in deeply, a mute but also sexually submissive position.

Tala Madani’s works jump from dream to drive, from forbidden thoughts to unavoidable desires. Their prosaic and repeated structures revel in the disturbing dynamics of our society, with something of a slapstick quality that brings the truth to light. As in the manner in which adults envy the frank and forthright world of children, the works are liberatory – the reward for the rubbernecker who awaits the accident.