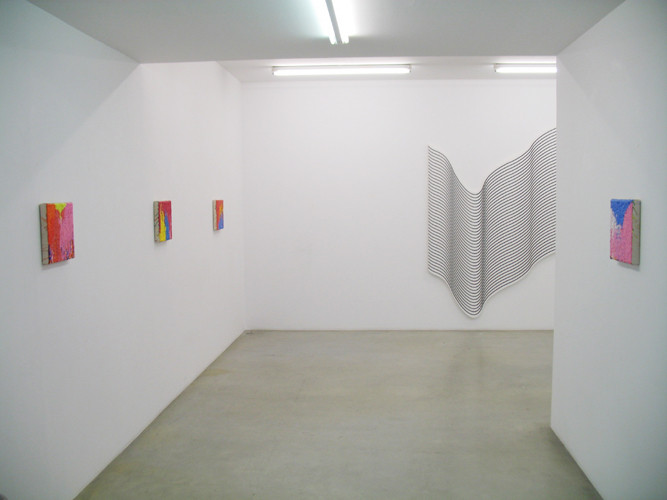 « Deformalisms » Formalism is a common source of misunderstandings. It is also an easy invective within today’s art world. In short, formalism is always the other. Consequently, one could have fun to imagine what would be the other of formalism. If formalism is « the other », the other of formalism, on the contrary, could be « deformalism » (a word used by late Steven Parrino.) In the sense that, in the same way that we say « to disfigure » —to drag the figure into something else — deformalism would drag abstraction to something else than itself. Deformalism and disfiguration are the two sides of one process, two kinds of deformations, or distortions. One distorts the figure, the other warps pure form. Both processes suggest a certain kind of violence on the form. The ill-treatment that some artists force on abstract art is no less indelicate than the art of caricaturists. Optical effects (Op art produces forms that can not be captured, always moving), perspective distortion (perspective is always a distortion : a rational one when applied to representations of things, a nonsensical one when used for representing abstract forms), or matter excess, which ends up to be in contradiction with concrete art’ materialism. All these processes displayed in the present exhibition can be seen as negations of the idea of a « pure » abstraction. That’s the reason why they paradoxically meet this other traditional form, cartoon, which main meaning is distortion too (permutation of body parts, abstraction or expressionist reductivism applied to the lines of a portrait). This doesn’t mean we are faced with « cartoons » of paintings, but that these works show a similar extremeness in deformation — through reduction (simplification), exageration or permutation of parts. Traditional aims of abstract art and cartoon are drawn together by reducing something (form or figure) to its simplest expression. In his « Thoughts on Caricature », Mike Kelley remarked that reductivism was grounded on the same essentialism as cartoon. But whereas deformation in high-modernist abstract art aims to make things better, caricature seeks to make them worse. In the works gathered here, these two realities (concrete and depicted) are simultaneously distorted for the better and the worse.
www.praz-delavallade.com