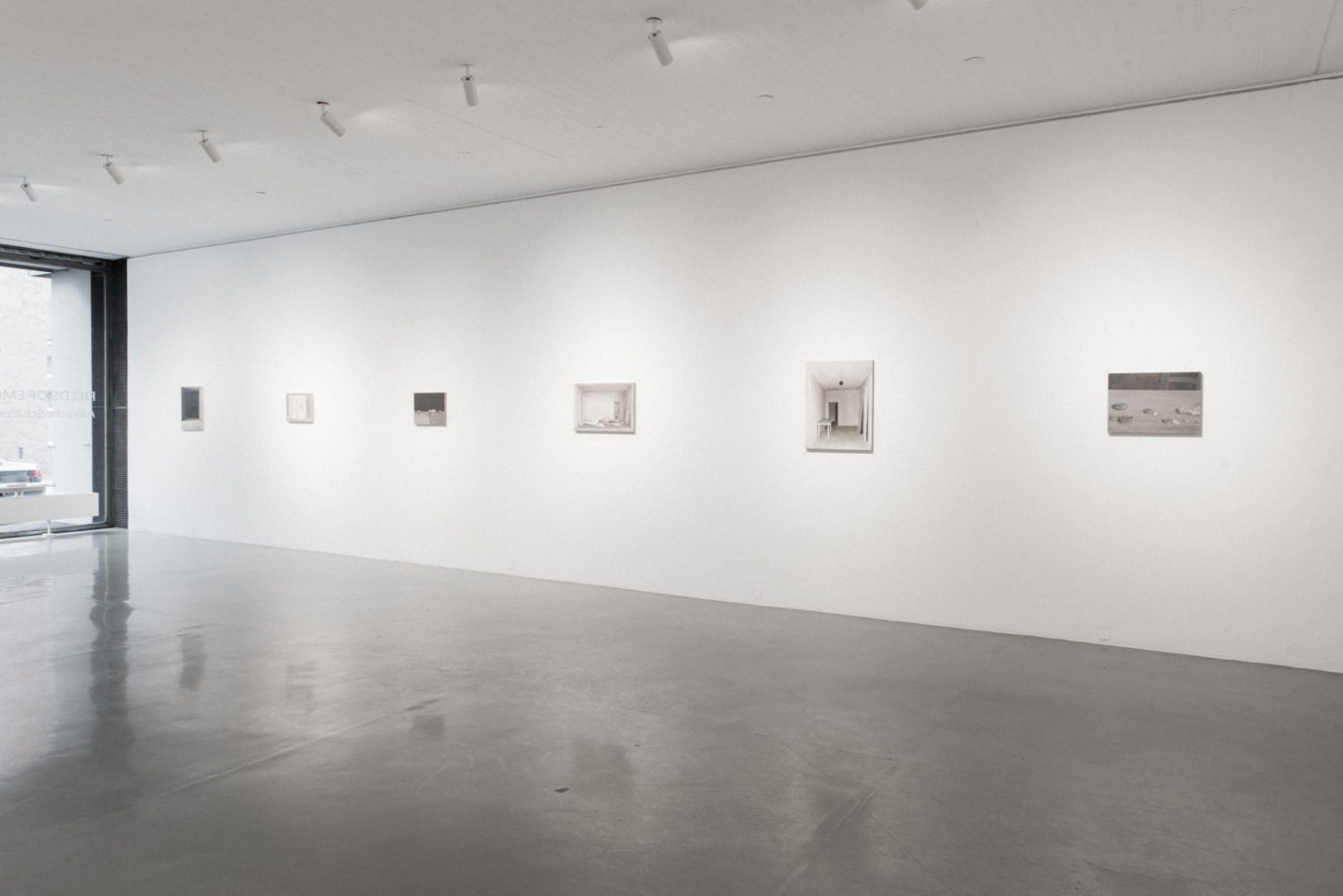 Albrecht Schäfer, exhibition view, Galerie Priska Pasquer, Cologne, 2019
It is enough for me to simply see light streaming across a wall. (Albrecht Schäfer)

Albrecht Schäfer is known for his conceptual sculptures and interventions in architectural space. The artist, who holds a professorship in sculpture at the Weißensee Academy of Art Berlin, has exhibited his sculptural works at such venues as the Kunsthalle Mannheim, the KW Institute for Contemporary Art in Berlin and the Morsbroich Museum in Leverkusen. Thus, when he first presented his series of small-format oil paintings, “Interiors,” three years ago, they were received with great surprise. The move was preceded by a radical retreat from the exhibition world – and an intensive phase of reflection which led him to completely change his way of working.

Instead of extensive constructions and sculptural arrangements, he now produced two-dimensional images. The incentives for these works were no longer concrete exhibition projects, unique spaces and specific constellations. Rather than constantly slaving away in new architectural settings, Schäfer now concentrated exclusively on his small studio space. The various everyday objects that previously characterized his work – such as newspapers, roof battens, blinds or lamps – have also disappeared. Stones have now entered to take their place, as well as, most recently, single leaves.

In Schäfer’s new painted works, the atelier is both a place of creation as well as a subject. For him, the small, plain room is less a place for physical interaction than an object for contemplation. His object of study is a small model, which Schäfer paints as an “interior” in oil. Changing perspectives, light conditions and furnishings are sufficient grounds for him to reinterpret the subject over and over. The palette of his small-format paintings is muted: primarily beige, earthy, pink and gray tones.

He maintains a similar color range in the series “Stones.” Schäfer paints ordinary stones: gravel and bricks, round and angular stones, debris from bore holes, found objects from construction sites. They are autarkic objects, and Schäfer observes them in “as-is” form. He observes their shape, their coloration, the structure of their surfaces. In his paintings and monotypes, the stones are arranged in loose groupings – sometimes against an indifferent background, but sometimes on pedestals.

Light and shadow, space and time are the constants in Albrecht Schäfer’s work – as are his work with simple objects and plain materials. This is also true of his new works, which are the result of radical reduction and concentration. It is certainly no coincidence that in this process, Schäfer found his way to traditional techniques and genres. In the seclusion of his studio, he rises to the challenge of his interlocutor and transposes objects and spatial situations into modern painting, brushstroke by brushstroke.