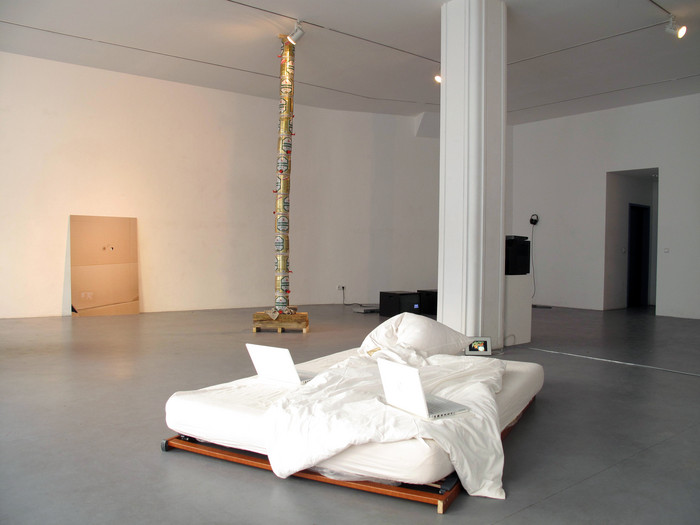 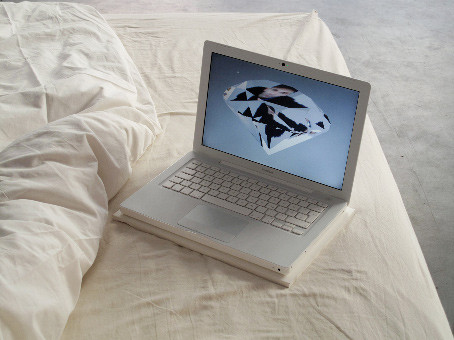 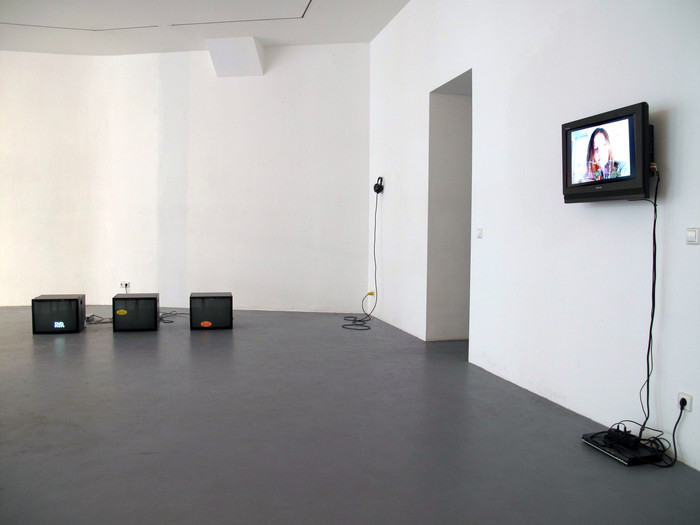 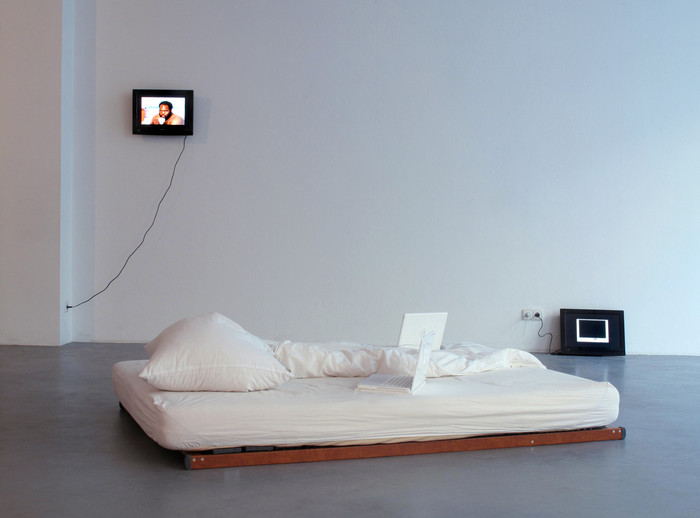 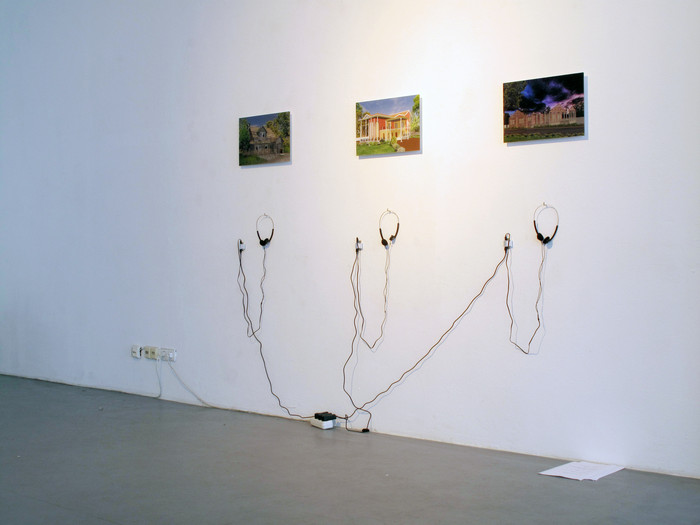 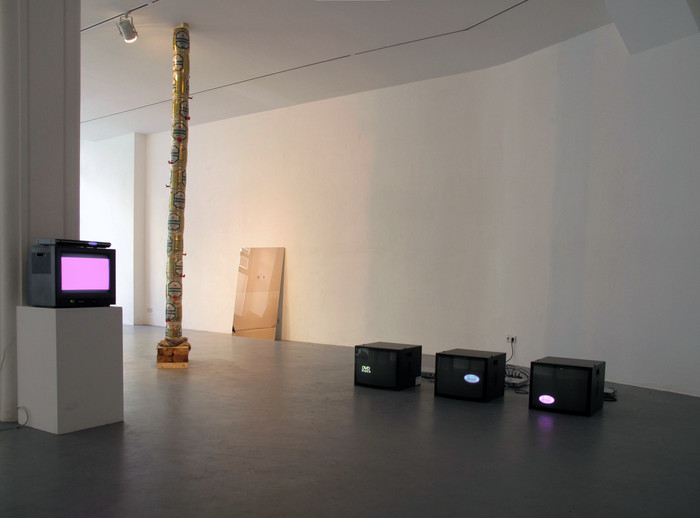 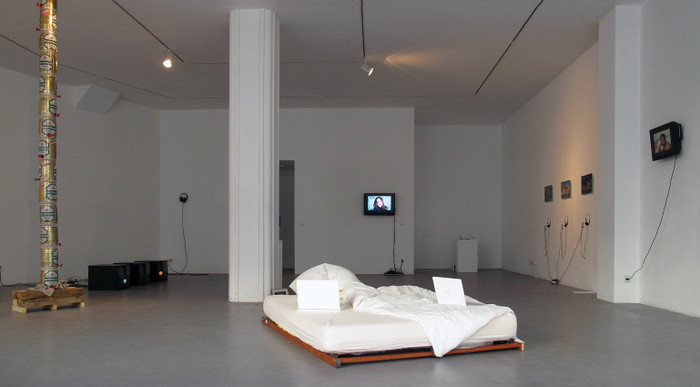 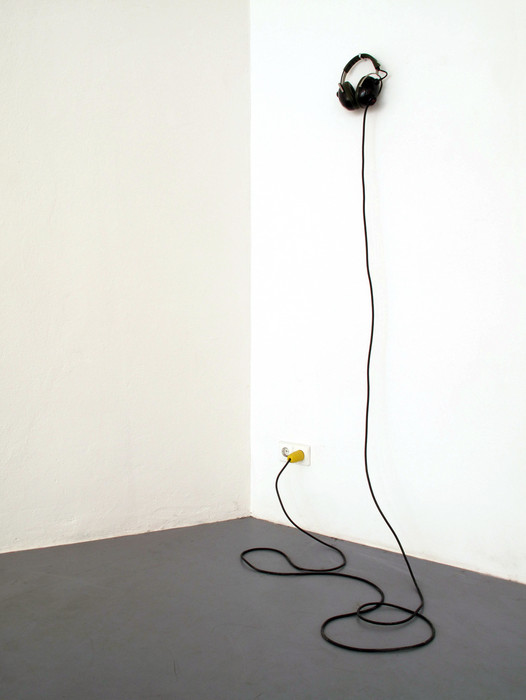 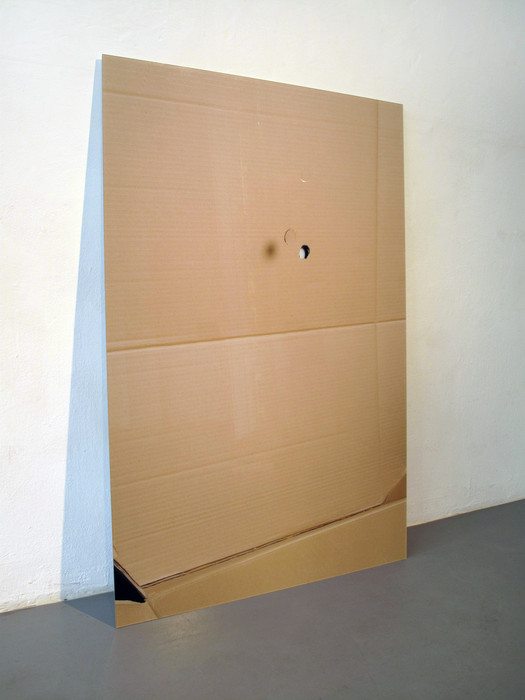 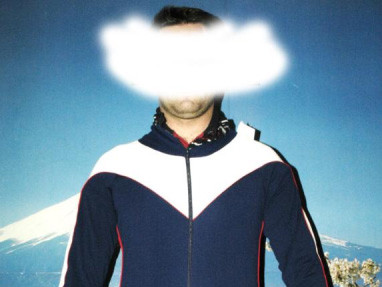 The New Easy is mainly an apolitical trend, with an optimistic, pragmatic approach toward the creation of today's art. But the most celebrated mark is the apparent ease of both the brilliance of the initial idea and the reputedly simple and fast production method. A New Easy work looks like it was invented in 1 and created in 3 seconds, proving the artist's geniality. It is the kind of art that makes the blog kids cheer. (Lars Eijssen).

With this introductory text The New Easy was launched last year as an exhibition specifically made for Google Lively, a simplified version of Second Life. Two months after its launch Google Lively closed down. But just before its re-launch on Google Earth, The New Easy also turned into an off-line version, in the current exhibition in Artnews Projects in Berlin.

The New Easy is marked by works that were primarily – but not all – conceived for the web or to be found there easily. Most of the works look like straight copying of whatever is surfacing reality, or rather digital reality, and as mediated as a piece of art or plain creativity back through the web. This apparent simplicity however reveals a certain brilliance, and what looks like pure and easy conceals something that is not just an idea but rather an exercise in contemporary visual culture.

According to the Dutch performance artist Lars Eijssen, who curated The New Easy, the artists use these appearances to establish the superiority of their mastery of the visual in comparison to many of their high art colleagues. They need just a little for a powerful work. Indeed, instead of being streetwise or art-minded, one can better call them webwise, countering the usual prejudice against the internet as merely producing ephemeral and unsorted stuff. In addition, their internet orientation also groups them in the area of commodity-suspiciousness and makes them heirs to the first, second and third generations of conceptualists before, and partly alongside them. The off-line version of the show emphasizes this for a more regular and perhaps more conservative contemporary art audience.

In The New Easy one can, for instance, contemplate Edith Dekyndt’s short video of a hand holding a soap membrane between the thumb and index finger, or consider the philosophical implications of Jeffrey Heart’s YouTube video of an empty YouTube video. The still video portrait that Brock Davis made is juxtaposed with the ‘video action portrait’ of Pop Levi when he teases another photo portrait. And the show contains material works as well, such as Mark Bain’s Beer Column and Daniel Bejar’s The Visual Topography of a Generation Gap, in which he had a copy made of his apartment key, made a copy of that copy and so on. He repeated the process until all the key's information was lost. One piece in the show remains web-based: Harm van den Dorpel’s etherealself.com. Those looking at the reflecting jewel on the screen in fact permit the artist to upload webcam pictures of them watching, thus resulting in an amazing archive of portraits of visitors of his work from all over the world.