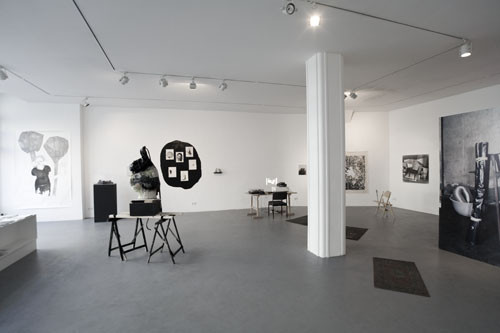 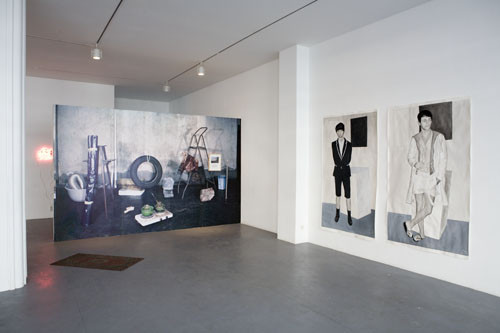 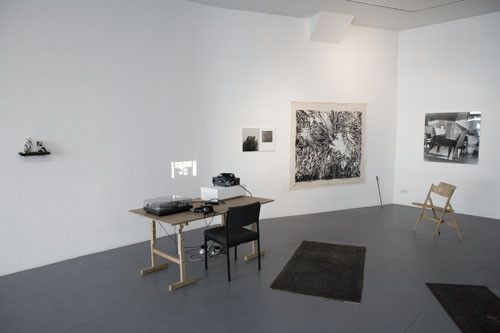 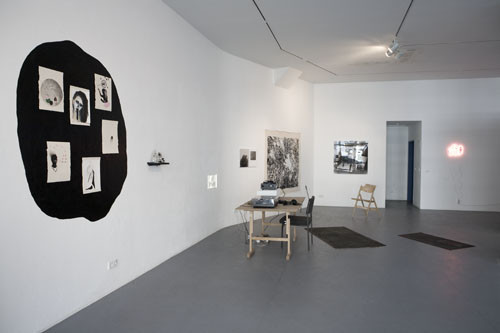 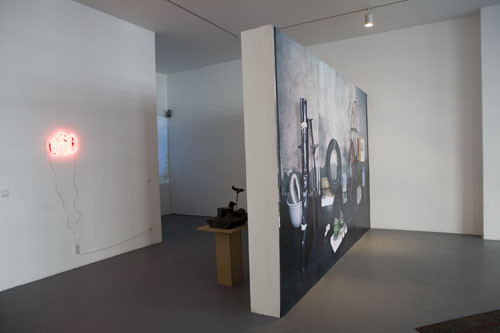 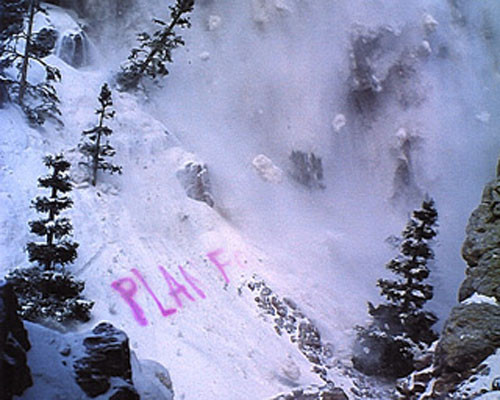 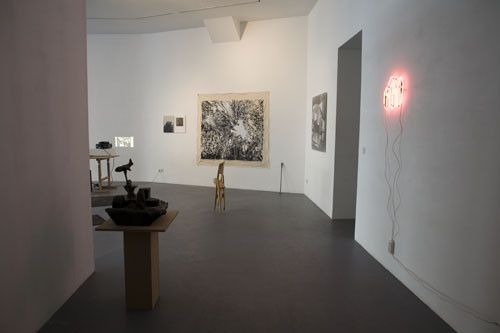 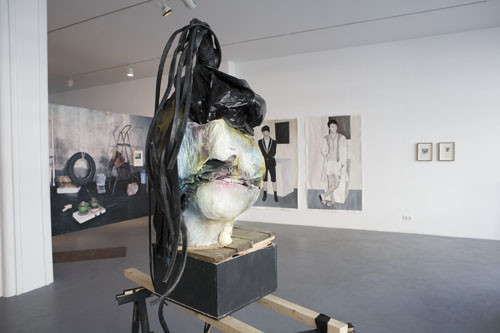 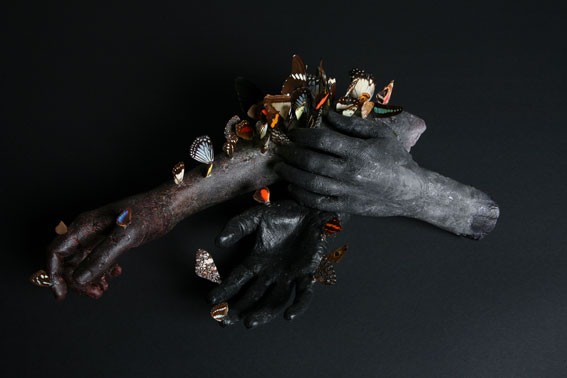 Walking On Thin Ice (in reference to Yoko Ono's song of the same name from 1981) is an exhibition project which formally intends to create a discourse between artistic positions in Berlin and Zurich. Curated by Jean-Claude Freymond-Guth, of Freymond-Guth & Co. Fine Arts, it introduces the collaborative environment of the young gallery in an extended context, presenting some experimental practices that are little or not seen in Berlin yet.

On the level of content, the gallery programme constitutes in the tension of two main thematic focuses, simplified in this context to "Appropriation & Deconstruction" and "Transcience & Mysticism". It is important to state though, that the borders between the two are seen as blurred and overlap into each other. Walking On Thin Ice is therefore contentwise thought to be a careful tightrope walk, an act of balance on cat ice, it's breaking or the idea of an abyss seen as a challenge and less as failure.

"Appropriation & Deconstruction" stands recapitulatory for artistic strategies of conceptual appropriations, deconstruction and reenactment. The idea of fragmentary quotation in narration or performance as well as it's translation into the medium plays an important role in this context. The use and adaption of language, music or film in the broadest sense asks questions of social affiliation and identity; a cultural, political or ideological home and examines social conventions which produce it (Discoteca Flaming Star, Dani Gal, Elodie Pong).
Other works focus more on the investigation of art historic and literary contexts, which are being deconstructed and tested in their characteristics and problematics (Kevin Hutcheson). These are re-enacted and adapted into space, partly with ironic or even romantically exaggerated subtext (Philip Wiegard, Stefan Burger).

"Transcience & Mysticism" in contrary can be seen as leitmotiv of artistic positions in the gallery programme that explain themselves in the tension of mysticism, etheralness and intimate myths. They capture moments of material and intellectual fugacity, moments of diffuse worlds in between psychic and physical occurrences, often based on emotional conflicts with the world as such. Even though many works witness strong melancholia and painful loss, they also always contain moments of rebellion, refusal and passion. They are powerful perceptions of the subjective, precise observations that are idealised, distanced and even ironic (Karin Suter, Tanja Roscic, Megan Sullivan) but also introverted, fey and mysterious (Loredana Sperini, Nuri Koerfer).

Walking On Thin Ice wants to create a discursive tension between these two emphasis which can be complementary and affirmative as well as contradictory. It is never the interest to comparatively value individual positions among each other, but to offer a multi-layered and yet clearly focused approach to the contents, formats and possibilities of contemporary art.