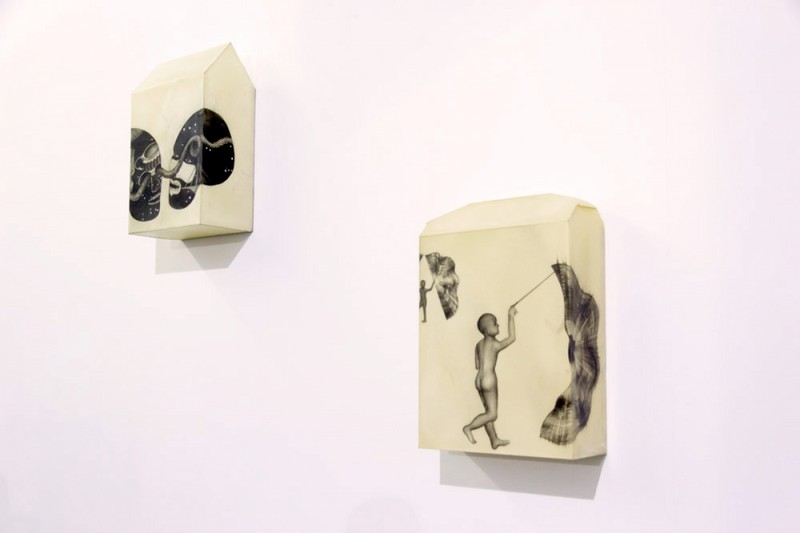 The works, drawings and sculptures evoke popular myths and legends rooted in Afro-Latin American tradition of Yoruba mythology and draw from her personal repertoire of memories and experiences, in a continuous alternating of quotes and elements that recall European culture on one side and Latin American culture on the other.

Despite choosing Europe as her adoptive home (she lives and works in Berlin), her work is deeply tied to the culture and to the iconographies of her land of origin, Chile.

Through her work, the artist intends overcoming the concept of historical and anthropological testimony, graphically expressing the complexity of her inner self, her sense of ambiguity, by drawing figures whose identity remains trapped in a sort of incompleteness; creatures morphologically and intimately destabilizing to the eye of the spectator, located somewhere between dream and vision, sacred and profane. Characters that are sometimes grotesque and caricatured, other times graceful and delicate.

The production process of her drawings is in itself very suggestive. The artist dips the sheets of paper inside bees’ wax as if it were a magical ritual that strengthens the evocative power of what is depicted and confers to the image the material substance and symbolic value of a relic while at the same time crystallizing the sentiment from which the work itself is born.

The projection of a mental image, of a place in the spirit, become icon capable of transcending individual sentiment and, through a universal language, speaks to man about his substantial indefiniteness.
www.prometeogallery.com