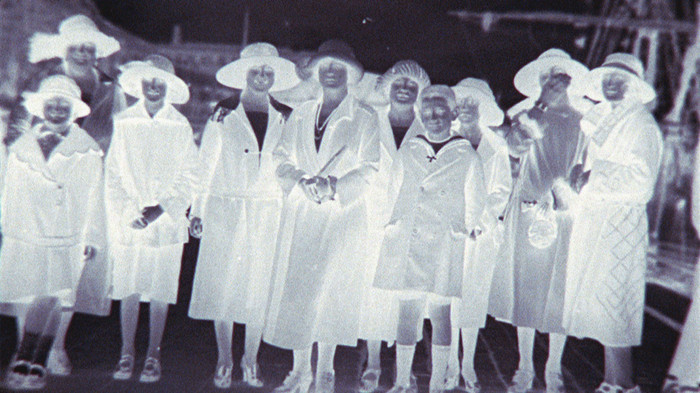 Prometeogallery di Ida Pisani is proud to present the first solo exhibition in Italy of Greek artist Stefanos Tsivopoulos. The works on show were designed and created during Manifesta 8, the European Biennial of Contemporary Art, held last year in Murcia, Spain and they reflect on images and their relationship with history, as well as on the theme of collective memory and its cancellation.
With a combination of images of landscapes and archive materials, Amnesialand is a docu- fiction set in La Union, in the Spanish region of Murcia, which was once an important mining center. In a sort of lunar landscape, there are tons of toxic waste, since the disused mines have now been turned into a dumping ground. But the legacy of its glorious past also includes a photographic archive that portrays the affluent middle classes of an age that, thanks to the mines, transformed the nearby port town of Cartagena into an important commercial hub. The images from the Casau archive in Cartagena, which cover the period from 1910 to 1950, show groups of people and photographs of the interiors of homes just before they were inhabited. The only purpose of these pictures was to portray the political, economic, and social status achieved by these home owners and to convey and preserve the values and identity of their families. In the film a meditative narrative points to a future world in which images will no longer exist, and it makes us reflect on the passing of time and of what it leaves behind in physical and psychological terms.
The work An Image Dies When the Gaze That Lights on It Has Disappeared is a slideshow focusing on a series of images of interiors from the Casau archive, one of which shows the Casino of Cartagena, which is where the work was shown during Manifesta 8.

Stefanos Tsivopoulos was born in Prague in 1973, he lives and works in Amsterdam and Athens. Recently his work has been exhibited at Fondazione Pistoletto in Biella, Italy, Centre Pompidou in Paris and at Athen’s Museum of Contemporary Art. Last year he had a solo show in Germany at Heidelberger Kunstverein. He was also part of the 2007 group show “The Archive” at prometeogallery di Ida Pisani.
www.prometeogallery.com