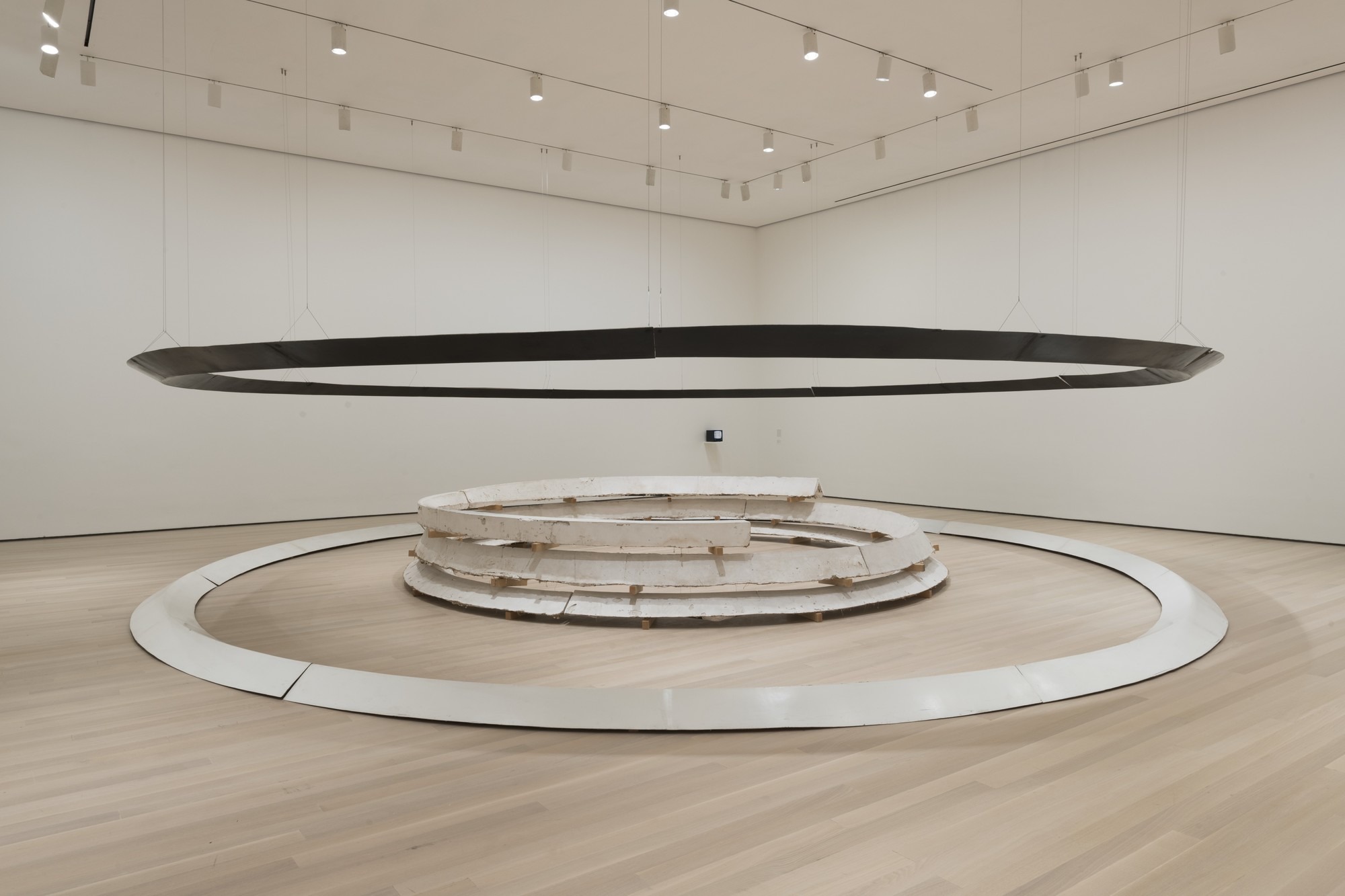 Installation view of the exhibition "Bruce Nauman: Disappearing Acts"
Bruce Nauman has spent half a century inventing forms to convey both the moral hazards and the thrill of being alive. Employing a tremendous range of materials and working methods, he reveals how mutable experiences of time, space, movement, and language provide an unstable foundation for understanding our place in the world. For Nauman, both making and looking at art involve “doing things that you don’t particularly want to do, putting yourself in unfamiliar situations, following resistances to find out why you’re resisting.” At a time when the notion of truth feels increasingly under attack, his work compels viewers to relinquish the safety of the familiar, keeping us alert, ever vigilant, and wary of being seduced by easy answers.

Nauman’s art has always defied categorization. Delicate watercolors, flashing neon signs, sound installations, video corridors—he is constantly shifting between all these and more, never conforming to a signature style. But underneath this sheer variety, crucial themes persist, and disappearance has been one such recurring impulse over his 50-year career.

Disappearing Acts traces what Nauman has called “withdrawal as an art form”—both literal and figurative incidents of removal, deflection, and concealment. Bodies are fragmented, centers are left empty, voices emanate from hidden speakers, and the artist sculpts himself in absentia, appearing only as negative space. The retrospective charts these forms of omission and loss across media and throughout the decades, following Nauman as he circles back to earlier concerns with new urgency. Presented in two complementary parts, at The Museum of Modern Art and MoMA PS1, this is the most comprehensive exhibition of the artist’s work ever assembled.

Artworks were made to the specifications of the artist. Please be advised that some artworks involve purposefully tight spaces that may be difficult to maneuver.