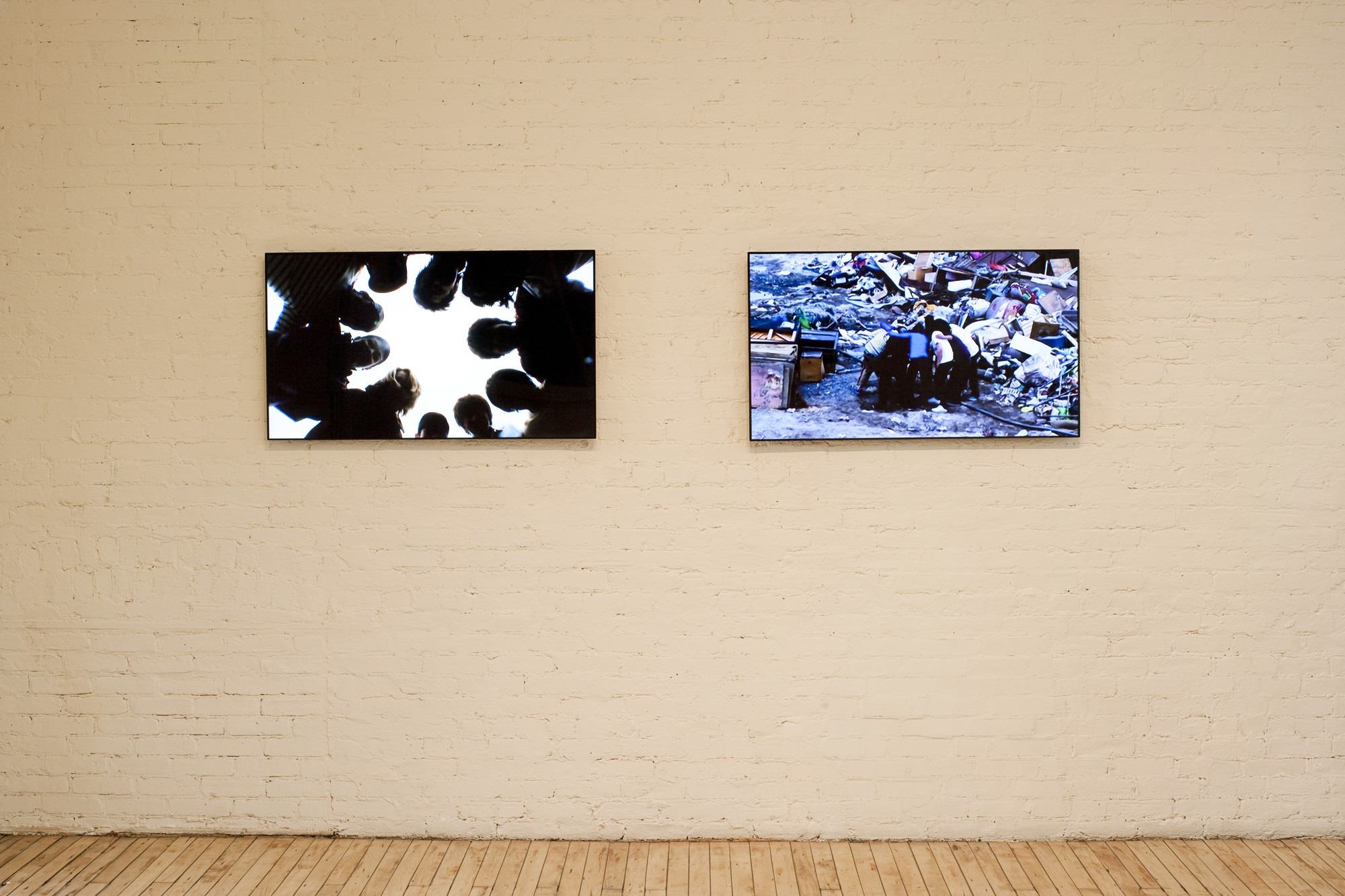 Installation view of the exhibition "Chim↑Pom"
November 20th, 2011–April 23rd, 2012. INPS1.1056.2. Photograph by Matthew Septimus.
Following the March 11, 2011 earthquake, the artist collective Chim↑Pom traveled to Soma City, Fukushima where they made friends with local youths—many of whom had lost their homes and loved ones, and were living among the destruction and radiation that accompanied the earthquake and subsequent destabilization of the nearby nuclear reactor. In response to the disaster they conducted a sequence of one hundred KI-AI. KI-AI is martial arts term describing a way to collect and direct one’s inner energy through exhalation or vocalization before attacking. Chim↑Pom plays on the idea by focusing the group’s energy through collective action which was video recorded. MoMA PS1 presents the resulting two-channel work KI-AI 100 (100 Cheers).

Unlike other areas that featured in many media reports, Soma City suffered from a shortage of volunteers, exacerbating the radiation-related problems and delaying the cleanup. The local youths, themselves victims of the quake, provided relief and aid towards reconstruction. Chim↑Pom explains, “This is the KI-AI shouted from the bottom of their hearts, in the midst of sorrow and delight, by those who live simultaneously as victim and aid worker. This is their reality!!”